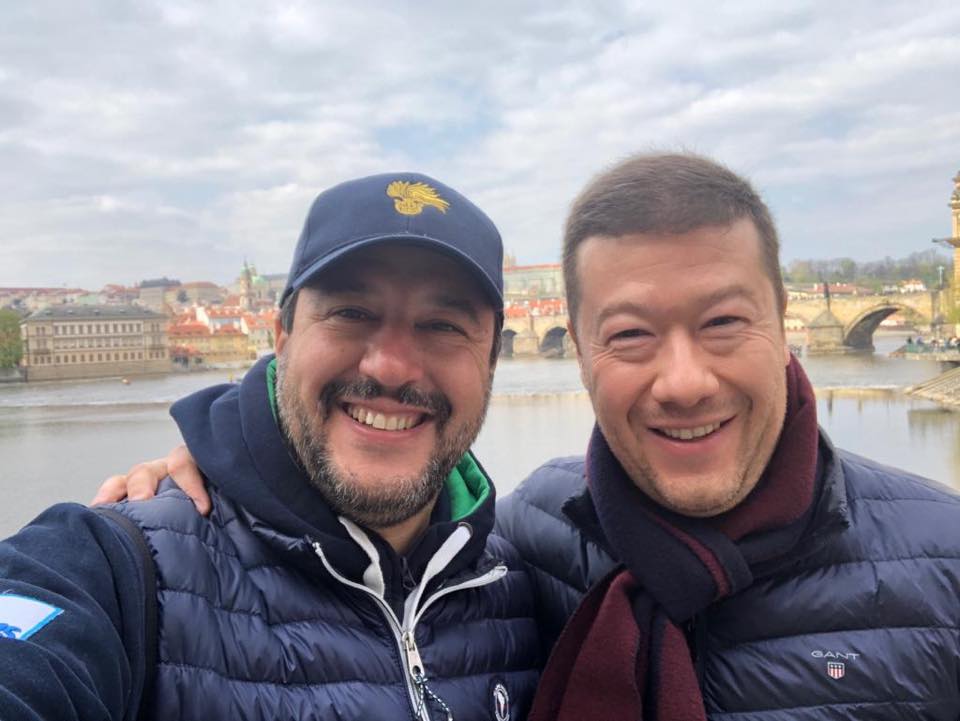 Salvini was right to protect the border against migrants

Freedom and Direct Democracy (SPD) party leader and MP Tomio Okamura decided to hand over a letter to the Italian embassy in Prague in support of his friend, senator, and Lega Nord chairman, Matteo Salvini. He did so accompanied by another MP and his fellow SPD party member Jaroslav Foldyna. Okamura also noted that Matteo Salvini knew about the letter and welcomed the support.

“We have addressed the letter to the President of the Italian Senate. Matteo is about to be prosecuted by the Italian Senate for preventing illegal migrants from landing on Italian soil while serving as the Minister of the Interior. He faces up to 15 years in prison. It is unbelievable what is happening in some EU countries. Matteo, I’m with you, and I’m keeping my fingers crossed,” said Okamura after handing over the letter.

In a video that Okamura later posted on his Facebook page, he added that President Miloš Zeman would also receive the letter prepared.

At the beginning of the appeal, its authors state that European history “has shaped the cultural background currently shared by all European nations.”

According to them, as European countries are interconnected, it is fair to say that, to some extent, Italy shares its state borders with the Czech Republic. Therefore, the matter of migration cannot be viewed only as Italy’s internal affair.

“For this reason, we dare to express our grave concerns at the decision of the Italian authorities to prosecute Mr. Matteo Salvini. We believe that anyone who seeks to protect European borders against the arrival of people, whom we may assume, based on all previous experience, do not intend to accept European customs and culture, should not be prosecuted or even punished, but appreciated. And we are convinced that in the case of the Minister of the Interior, such an effort is even his duty,” the authors of the letter continued.

The letter also warns that prosecuting Salvini “will affect the security not only in Italy, but also in the Czech Republic, and other European countries. It will strengthen the motivation of all those who want to force their entry into Europe in any way and, at the same time, weaken the ability of politicians to make decisions that can prevent it.”

In conclusion, the MPs have called on the President of the Senate to use all available means to prevent the prosecution of Matteo Salvini.

“We are well aware of the fact that such a step or steps currently require not only political skills and influence but above all personal and political courage,” states the letter at the end.