UK: Man arrested after video emerges of him tearing cross off roof of East London church 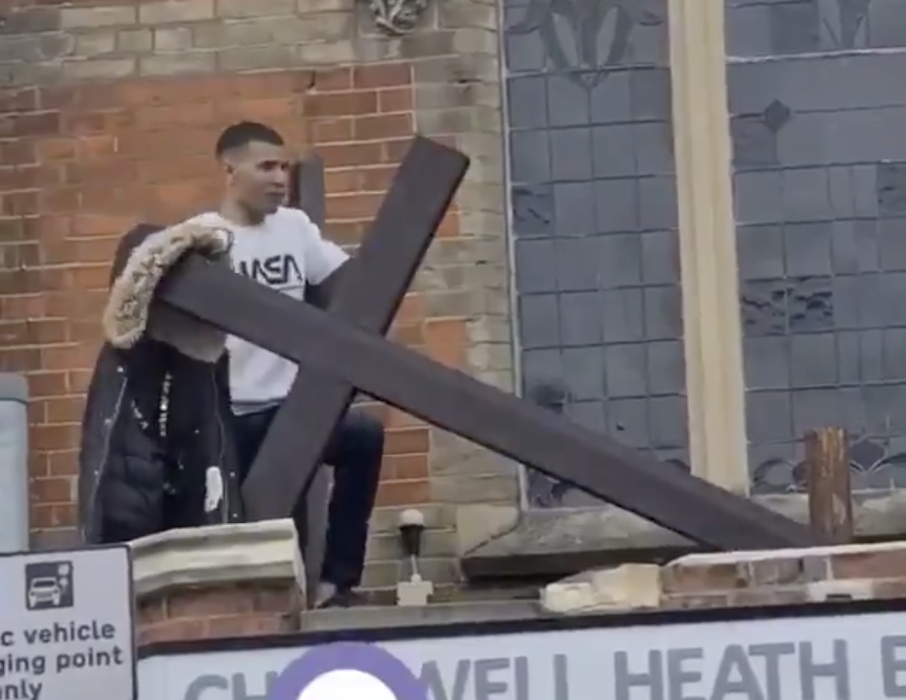 Police have arrested a man who was filmed tearing down a cross from the roof of a church in east London, an area of the city known for its large Muslim community.

The video clip, which has been circulating on social media, shows the man using all of his might to pull the large wooden cross from its base just above the entrance to the Chadwell Heath Baptist Church in Romford.

The shocking footage shows the man place his coat’s hood over of top of the cross to rip it from the church’s rooftop.

This happened in chadwell heath today

According to the UK Metropolitan Police, the police arrived at the scene of the crime shortly after they were called at 2:40 p.m. on Sunday. The perpetrator was subsequently apprehended on suspicion of criminal damage.

Reverend Thomas, the minister at the Chadwell Health Baptist Church, also confirmed on social media that the egregious act of vandalism had indeed taken place.

In a post to Facebook, Reverend Thomas wrote: “Yes, the cross was vandalised. However, when I caught him it became apparent very quickly that he was not at all mentally very well. We retrieved the cross, and he didn’t harm himself or anyone else – he could so easily have fallen off the roof which wouldn’t have been good. The police responded very quickly and took him into custody where he will be professionally assessed and hopefully receive the help he requires. It was frustrating to have the church vandalised but material things can be fixed with ease. Had he lost his life that would have been tragic.”

According to a report from the UK’s Daily Mail, a local cafe owner who witness the anti-Christian attack take place said: “I saw the guy first when I was opening up at 8 a.m. He was sitting on the pavement bobbing his head back and forth. You could tell he had mental health issues. I don’t think he was local because I’d never seen him before. I think he might have be Algerian or Moroccan.”

“He disappeared for a while after I first saw him, but then the next thing I know he’s climbed onto the church, and he’s shouting random abuse. He was very angry and he started damaging the cross. He was shouting about religion but to be honest he wasn’t making much sense.”

“An audience started to build waiting to see what he was going to do next. People were stood well back because they could see he was about to throw the cross. When it finally came crashing down it didn’t hit anyone thankfully.”

Barking & Dagenham Police addressed the situation in a social media post, writing: “We are aware of a male causing damage to a religious premises on High Road, Chadwell Health. A male has been arrested and the matter is being investigated.”

Less than two weeks ago, a group of “youths” were caught trying to set fire to St. Gregory’s Catholic Church in Glasgow.

Earlier this year, the government of Hungary donated €30,000 to help refurbish multiple churches on the Greek island of Lesbos after they were trashed by illegal immigrants, Remix News reported.

In 2019, attacks against Christians surpassed previous all-time highs. The number of desecrations of churches and cathedrals, often carried out by anti-Christian migrants, have dramatically increased across the continent – especially in France.

Last year, the French Interior Ministry noted that there were 1,063 “anti-Christian” acts were carried out. 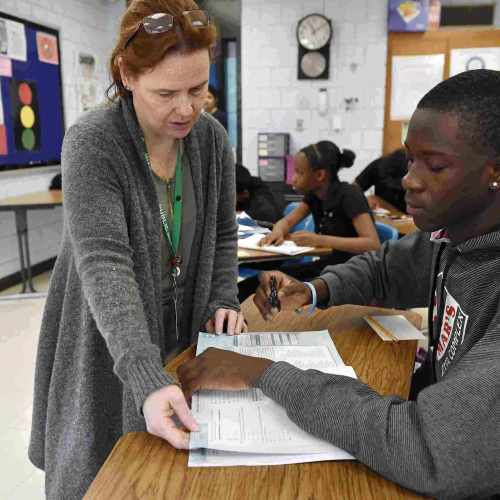 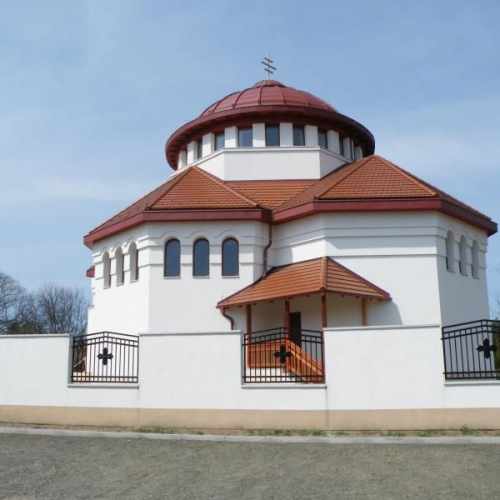