These people are racist terrorists, says the attacked man 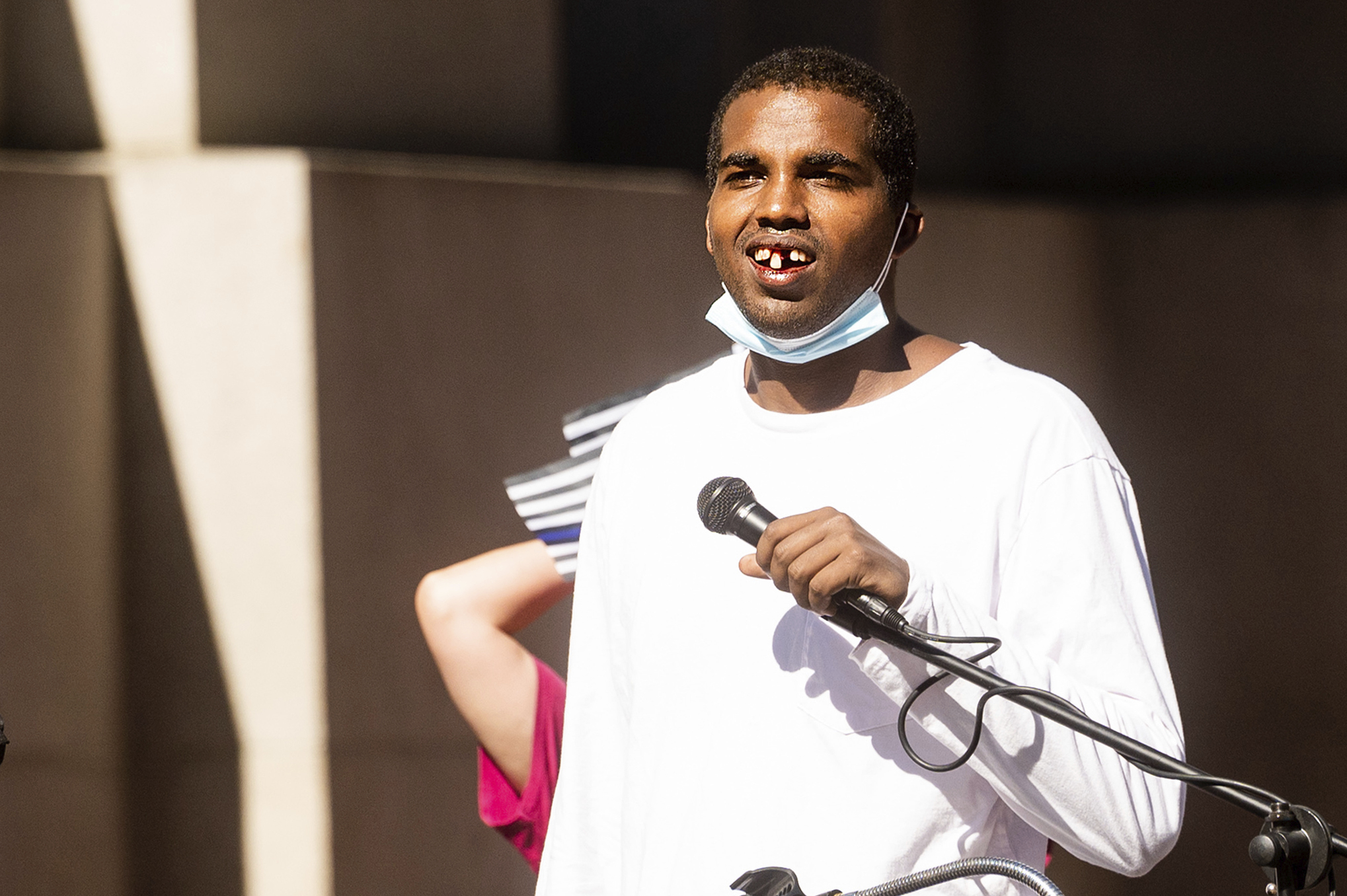 During a free-speech rally in San Francisco, Black free speech activist Philip Anderson was attacked by Antifa and Black Lives Matter supporters as he protested outside the headquarters of Twitter. The incident resulted in Anderson having his two front teeth knocked out.

After having his teeth knocked out, Twitter banned Anderson’s account from the network. Ironically, Anderson and his group were present at Twitter to protest censorship from the social media giant and its decision to censor the New York Post article about Hunter Biden’s emails and Joe Biden’s potential connection to Burisma energy company corruption.

Witnesses confirmed that the attack, which took place on late Saturday afternoon, was unprovoked and that Anderson was singled out for his free-speech activism.

“Antifa attacked me for no reason. These people are racist terrorists,” wrote Anderson on Twitter.

Philip Anderson says his “free speech rally” is canceled, he claims he was attacked before the event. Speakers were shouted down by a large group of counter-protesters. https://t.co/O49E8GRH2x pic.twitter.com/hcuQgZ2e02

Anderson also posted a graphic photo of his injury to his Twitter account, which Remix New is republishing due to the fact that Twitter has censored the activist from sharing the photo himself.

In the past, Anderson had attended several rallies in an attempt to calm violent crowds and call on Antifa and BLM supporters to choose non-violence. As a free speech activist, he preaches open dialogue, peace, and non-violence.

After his teeth had been knocked out, Anderson spoke to a booing crowd of Black Lives Matter and Antifa rioters.

“You knocked a Black man’s teeth out. You knocked my teeth out. But you’re here saying Black lives matter. That makes no sense,” he said.

The event started as a free speech rally of a small group of Trump administration supporters who wanted to protest against censorship on Twitter and other social networks. The protest, held in front of Twitter HQ at United Nations Plaza, began at 1 p.m. but turned violent very quickly as more than a hundred Antifa and BLM protesters clashed with the “Team Save America” group.

No arrests have been made in the case but a GoFundMe has been set up in his name and raised nearly $28,000.

A day after the incident, White House Social Media Director Dan Scavino posted a video of Trump’s supporting skydivers descending from the clouds in California with the US flags and “Trump 2020” banners.

Anderson is far from the only activist who has been assaulted by Antifa as of late. Isabella DeLuca, a Trump supporter and the Outreach Director for the pro-Trump organization Republicans for National Renewal, was attacked and hospitalized by Black Lives Matter supporters and other far-left activists, according to National File. DeLuca was attending a rally to confirm Justice Amy Coney Barrett to the Supreme Court and holding a Trump flag at the time of the attack.

Title image: A tooth dangles from free speech rally organizer Philip Anderson’s mouth after he was attacked by a counter-protester on Saturday, Oct. 17, 2020. About a dozen pro-Trump demonstrators were met by several hundred counter-protesters as they tried to rally. (AP Photo/Noah Berger)