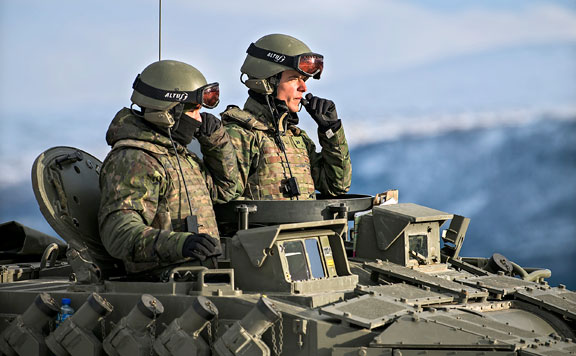 The general said that the 2014 invasion of Crimea by Russia was a serious wake-up call, and while there has been some improvement since, Russian superiority remains depressing. Less than a year ago a report by the commander of the 1723. U.S. Airborne Brigade Combat Team based in Vicenza, Italy, about the combat readiness of the unit was leaked and caused serious concern.

The report said that U.S. military units based in Europe lack even the most fundamental capabilities for swift and effective operations. The U.S. general told Magyar Hírlap on condition of anonymity the main problem of the U.S. military is that in the past decades it only had to face forces with significantly inferior capabilities.

As an example, he said in countries where even mobile phone networks are patchy, it is trivial to suppress an enemy with GPS-guided artillery fire, but Russia, for example, has the capability to jam GPS guidance from distances of up to 75 kilometers.

He also said that from an American point of view the mobilization of European military units is painfully slow, given that there is no single command point – all European member states of NATO have to individually authorize state of war or the foreign deployment of their troops.

The general said that while the U.S. military presence in the Baltic states is a positive development in the face of the threat posed by Russia, the U.S. units and military equipment stationed there are not sufficient to provide adequate defense.