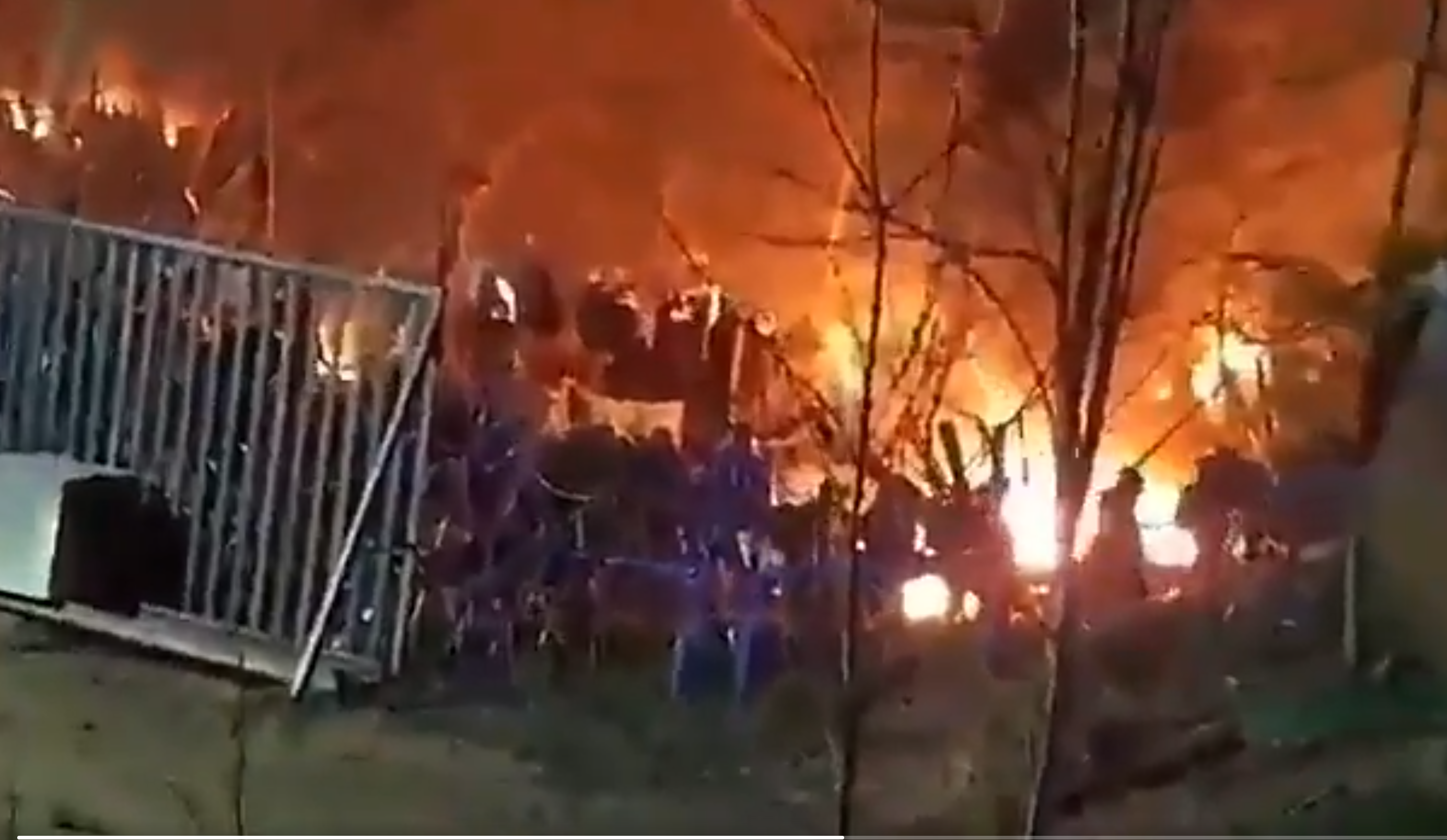 Greek authorities claim it appears migrants are being evacuated from the border in.a sign Turkey may be changing course

Fires blazed at the Greek-Turkish border last night after it appears Turkish forces relocated thousands of migrants away from the Evros border crossing, which has been the site of pitched battles for nearly a month as migrants tried to pass into Europe.

Greek authorities believe Ankara was behind the relocation effort in a sign the Turkish President Recep Tayyip Erdoğan may be changing course.

Reports on social media indicated that Turkish forces set migrant tents on fire to force them to leave the area.

Other reports, such as one from Ekathimerini, said that on Thursday night, migrants who had been camping out on the Turkish side of the border when they were ordered to leave. They allegedly collected their tents and other belongings and then set them all on fire inside the forest of Kastanies.

Greek forces also allegedly saw many migrants getting in buses, possibly to return to Istanbul.

Video from the area shows migrant camps abandoned this morning.

This morning.
Migrant camp at the Turkish side of the border seems deserted.#IStandWithGreece#Greece_under_attack pic.twitter.com/XUAQuZODar

GEETHA sources said Greece maintains its high alert and continues to monitor the situation as the local forest is dense, and Turkey could, in fact, could be deploying diversion tactics.

If Turkey truly did evacuate the migrants from the border, it would mark a remarkable turn around from its previous strategy.

This month, Turkish Interior Minister Süleyman Soylu openly admitted that mass migration will change Europe’s governments, bring down Europe’s economies, and help collapse the stock market, in remarks he made on the Tarafsız Bölge show on CNN Türk,

According to Soylu, the number of migrants crossing the Greek border to Europe will reach one million at some point.

However, Soylu stated that Europe is not aware of this. “Let them do whatever they want to do,” he concluded.

Title image: Migrants wait in a queue to board a ferry at the port of Mytilene, on the northeastern Aegean island of Lesbos, Greece, Friday, March 20, 2020. The ferry boat is carrying to a mainland detention center some 600 people who reached Greece’s eastern Aegean Sea islands of Chios, Lesbos and Samos in recent days, after neighboring Turkey said it would no longer stop migrants on its territory from heading towards European Union member-state Greece. That move prompted a border crisis between the two historic regional rivals. (AP Photo/Vangelis Papantonis)