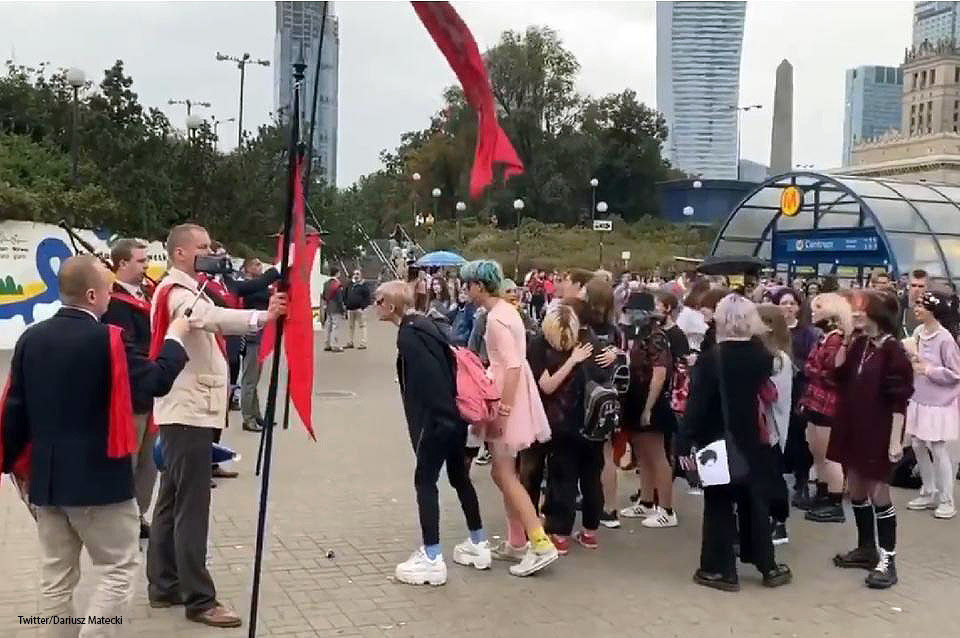 Members of the Catholic group “Crusade of the Young” were gathering signatures under their “Stop LGBT” legislation bill proposal in central Warsaw when LGBT activists responded by barking at them.

The young Catholics were praying, conducting an information campaign and were handing out leaflets, with the members of the Catholic group explaining that their volunteers were fighting “in defense of family and public morality”.

Although the volunteers were peacefully operating in various locations in Warsaw, they were harassed by LGBT activists in the city’s center.

The activists intended to interrupt the Catholic organization’s event by first screaming at them and singing. When they saw that their actions had no effect, they resorted to barking at the Catholic Youth.

“A friend’s comment on the matter: If someone would tell me that while walking around Warsaw I’d see people with banners playing bagpipes while others were trying to bark at them, I would not believe that person. Even though I’ve seen this recording, I still can’t believe it,” conservative politician Dariusz Matecki wrote on Twitter, while sharing a video from the whole incident.

The Crusade of the Youth is an organization created by secular Catholics, and mainly made up of students who work alongside Father Piotr Skarga Institute to protect Christian heritage.

The Crusade’s official description reads that they “are not a political party, nor are we associated with any of them. Due to the politicization of all parts of life, however, we speak out in political context while fighting for solutions in line with the Catholic doctrine and morality.”