Polish President Duda meets with Pope Francis in the Vatican 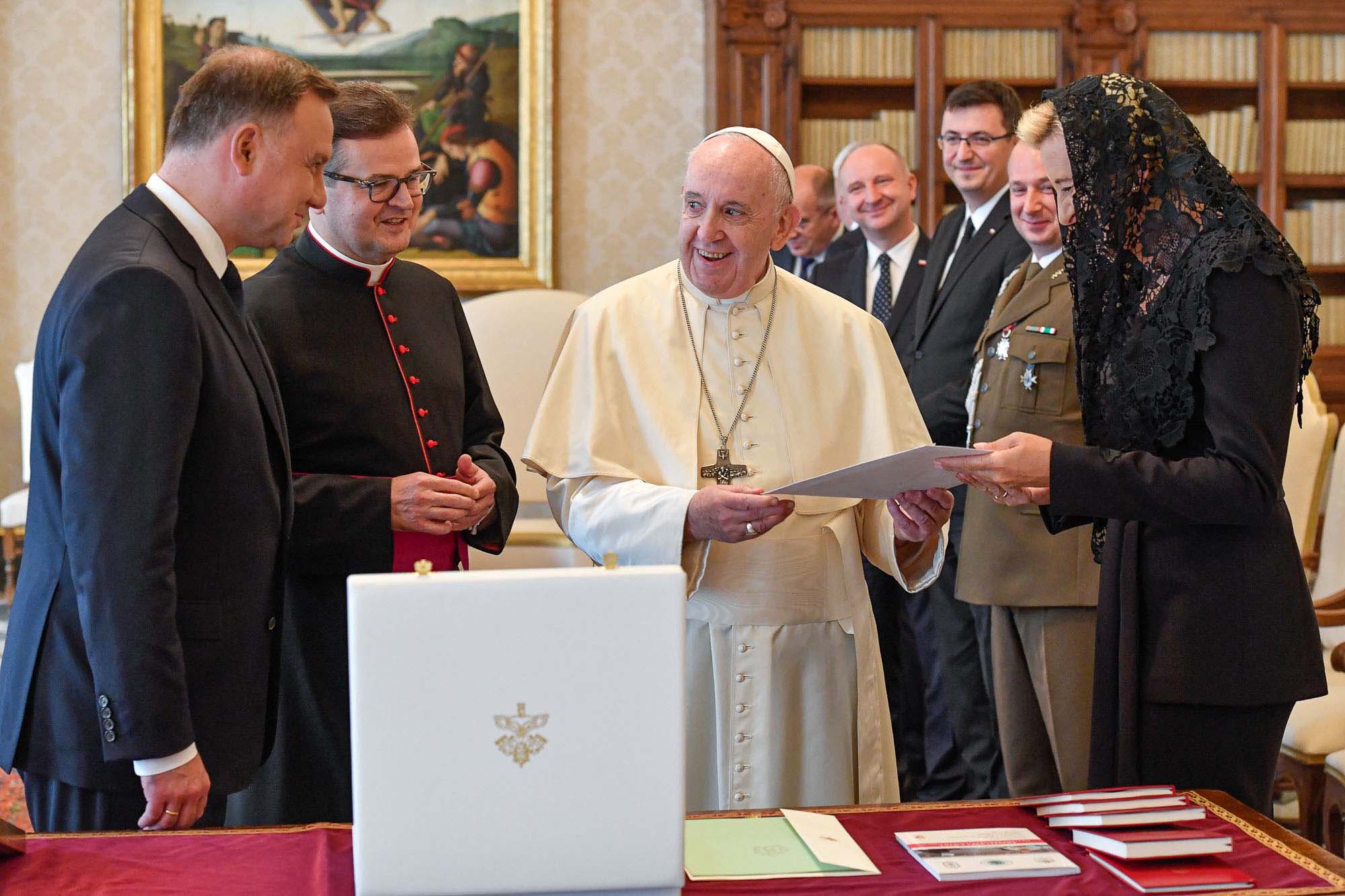 Polish Presient Andrzej Duda has become the first head of state to be accepted for an audience by Pope Francis since the start of the coronavirus pandemic, with the crisis serving as the main topic of the meeting between President Andrzej Duda and Pope Francis.

Duda emphasized that their meeting was very pleasant and touching. The Pope thanked Poles for their solidarity and aid given to Italy and other countries during the pandemic.

Duda stated that apart from aid to Italy, Poland also sent help to the Western Balkans and the member states of the Eastern Partnership.

The president’s visit to the Vatican was Duda’s first foreign visit in his new term, just as he had promised during his election campaign.

Prior to his meeting with the Pope, Duda participated in a mass at the tomb of St. John Paul II in St. Peter’s Basilica. The president prayed at the tomb in the name of the entire Polish nation and asked for prosperity for Poland.

Duda added after his meeting that his participation in the mass was also meant to compensate for the lack of a national pilgrimage to the tomb in May for the centenary of Karol Wojtyła’s birthday due to the pandemic.

The Polish delegation, alongside the president and the First Lady, laid a wreath at John Paul II’s resting place.

Before visiting the Vatican, Duda paid a two-day official visit to Rome.

Summing up his talks with the Italian leaders, Duda said that Italy is an important partner for Poland and the visit showed both sides’ will to further expand international cooperation along the north-south axis of Europe. The future of the EU economy after the Covid-19 pandemic and the situation in Belarus also were discussed.