The aggression of left-wing protesters in Poland is rising 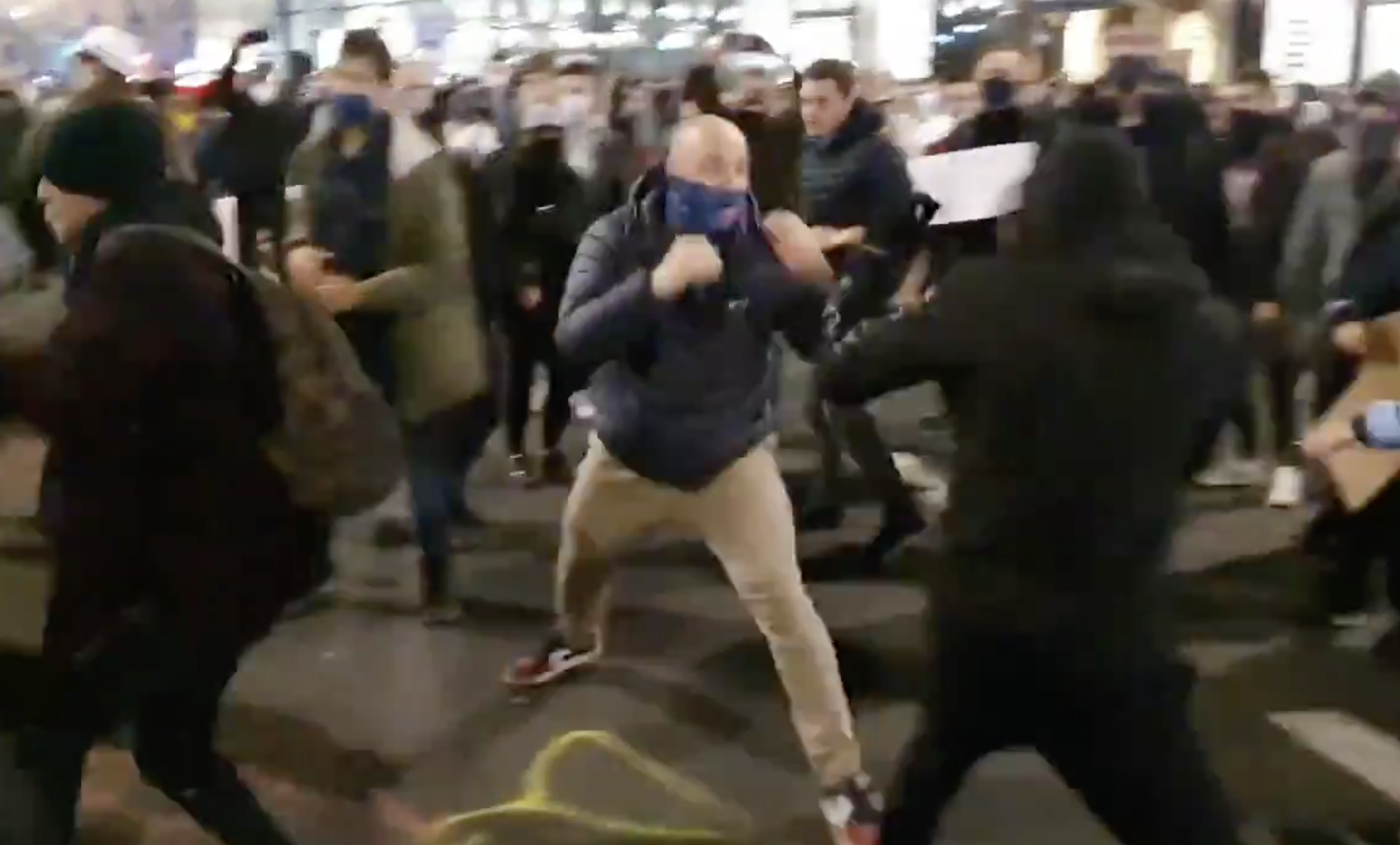 Members of the Catholic faith known as the “National Guard” along with football club fans defended Saint Alexander’s Church at Warsaw’s Three Cross Square from pro-abortion and left-wing protesters who were attacking the place of worship yesterday.

In the wake of the landmark ruling from the Polish Constitutional Court that eugenic abortion is incompatible with the constitution, protests have become violent in many areas of Poland.

The protesters blockaded several streets in many Polish cities, but Warsaw saw the most heated battles.

According to Polish news portal Niezalezna, people praying at the church were viciously attacked with firecrackers and bottles, with video of the protests and fighting outside the church spreading across social media,

“53 knights of Gondor are protecting Osgiliath from the horde of orcs,” a user wrote on Twitter and posted an aerial photo of the attacked church, comparing the situation to that from the Lord of the Rings.

The term “knights” refers to the newly established “National Guard” — an organization created by Poland’s patriotic movement meant to protect worshipers and churches from left-wing aggression. The National Guard came to the defense of the church and opposed the leftist aggression, with both sides breaking out into fist fights on the streets of Warsaw.

Robert Bąkiewicz the head of the National Guard posted a video showing the attack of leftist activists on Saint Alexander Church.

“The aggressive left has attacked the church at the Three Crosses Square in Warsaw. Bottles are being thrown at the #NationalGuard. We have wounded members. The police are not managing the situation at all. We need help! Please come to Saint Alexander’s Church!”

After police arrived, they separated the two groups from each other, but initially, scuffles broke out between police and protesters. Police finally dispersed protesters from the church after deploying pepper spray.

After the church was successfully defended, Robert Bąkiewicz applauded the effort to defend the church.

“The attack of leftist barbarians against Saint Alexander’s Church in Warsaw was stopped! The National Guard received the support of Legia Warsaw football fans at the decisive moment,” he wrote.

The Warsaw Police released a strongly-worded statement condemning one media journalist for accusing the police of acting “improperly” by having using pepper spray.

“We are dealing with a complete lack of reflection which forced the police officers’ reaction. Physical attacks against officers can’t be answered with head-pats,” the Warsaw Police Twitter account wrote.

Several people were detained and some slightly injured.