In a surveillance video leaked by the police and seen millions of times, a youth gang is seen viciously beating a 14-year-old Ukrainian into a coma 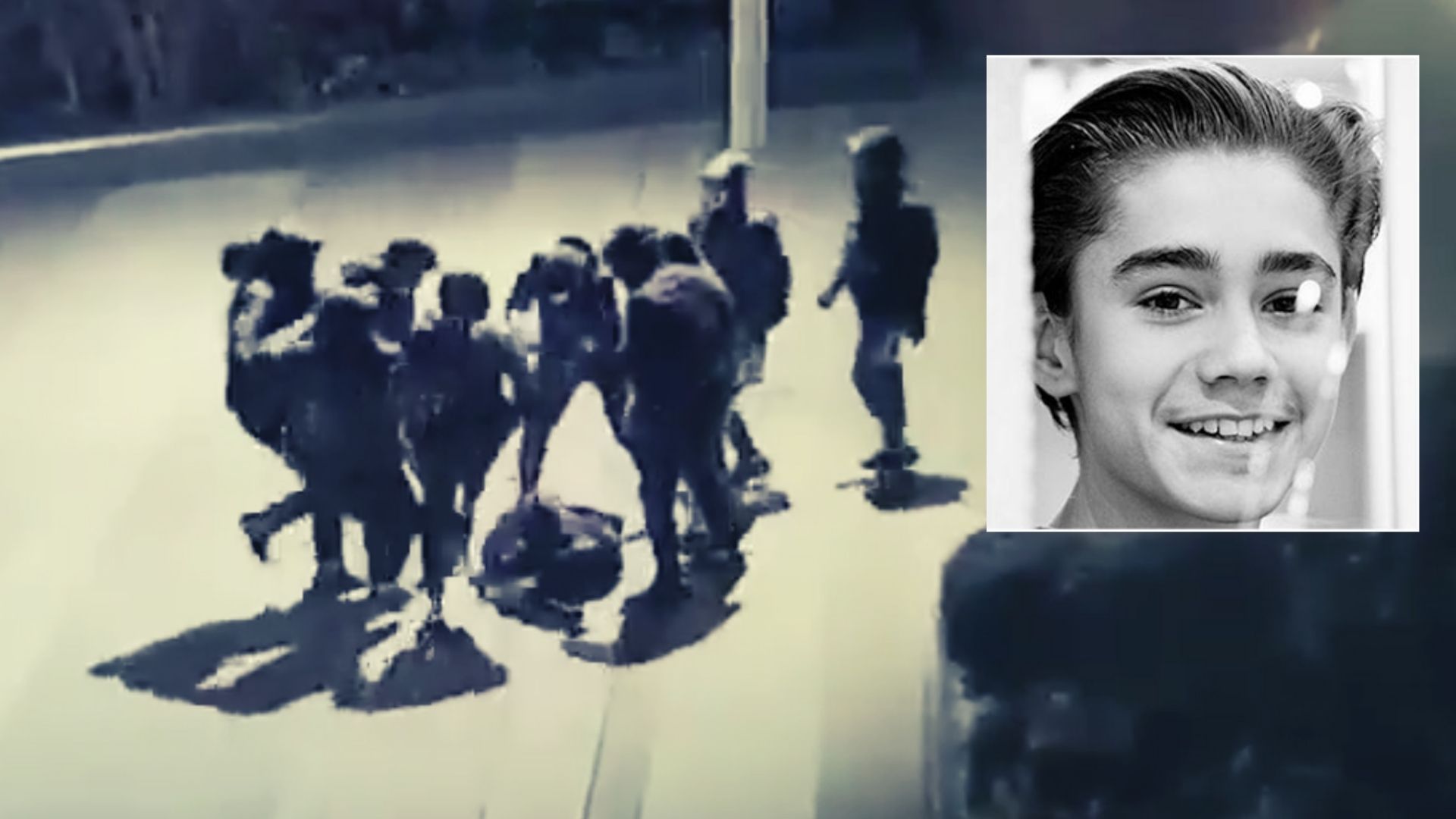 A 14-year-old Ukrainian teenager, known only as Yuriy, was the victim of a vicious gang assault on Jan. 15, 2021, in the 15th district of Paris that has shocked the country, local news portal actu.fr reports.

According to his relatives, the 14-year-old was rushed to hospital in serious condition and then plunged into a coma. The viral video, which was leaked by police, has been seen millions of times in France, and has reignited calls to tackle spiraling violence in France.

The assault occurred on Friday, Jan. 15, around 6:30 p.m. on de la Dalle Beaugrenelle road. Law enforcement officials have been alerted to a “fight between around 20 individuals armed with improvised weapons”, according to a police source in Paris.

Upon arrival, the police observed “the presence of an injured minor, immediately taken by firefighters to hospital”. These facts correspond to those recounted by Yuriy’s family. His mother, Nataliya Kruchenyk, arrived when her son was in the fire truck, she explained on Wednesday, Jan. 20 to actu.fr:

“When I saw him in the fire engine, his skull was split in several places, it was really horrible. They assaulted him with iron bars and crutches. He told me he did not know the individuals, that he was in pain, that he was cold and that he did not want to die.”

Residents of the area say that in the last two years, gangs of young boys from neighboring areas have been assaulting teenagers and causing problems.

“For the past two years, there has been a fairly new phenomenon which involves the settling of scores between groups of very, very young kids. I have already seen a gang with crutches and batons. They are kids who I do not recognize and who can fight very violently, sometimes in the middle of the afternoon with mothers and their strollers next door,” said a resident of the area who wished to remain anonymous. Police are currently pursuing the lead that the teenagers are from the Vanves suburb, but no arrests have been made yet.

As of now, it is unclear why Yuriy was targeted, but there is no evidence that he may have been mistakenly singled out for a revenge attack by the youths. Accoring to the Guillaume-Apollinaire school that Yuriy attended, he was a good students and had no problems with aggression or other issues.

“He is very cultivated, well brought up, it was unthinkable that all this could happen to him,” said his mother, Nataliya Kruchenyk.

Since his assault, the 15-year-old has been hospitalized in Necker. Due to head trauma, Yuriy was operated on and then placed in intensive care “in a coma”, says his mother.

“The doctors have told me it is going in the right direction, but it is too early to tell,”

The victim’s mother hopes she can help the police, finding that “the investigation is not going fast enough”:

“I don’t know if they have any leads. As a mom, it’s very hard. I manage my emotions but two days ago I was unable to speak. I hope those who did this will be found soon, it could happen to someone else’s child, and more serious. They are still walking in the street, it is dangerous. We will not let this be closed without follow-up.”

National Rally’s Marine Le Pen slammed what she said were leftist policies of the Paris government that have led to an increase in violence. She referenced “barbaric lynchings”, saying on Twitter that” The government can no longer close its eyes to this daily ultra-violence and respond to it only through the culture of excuse”.