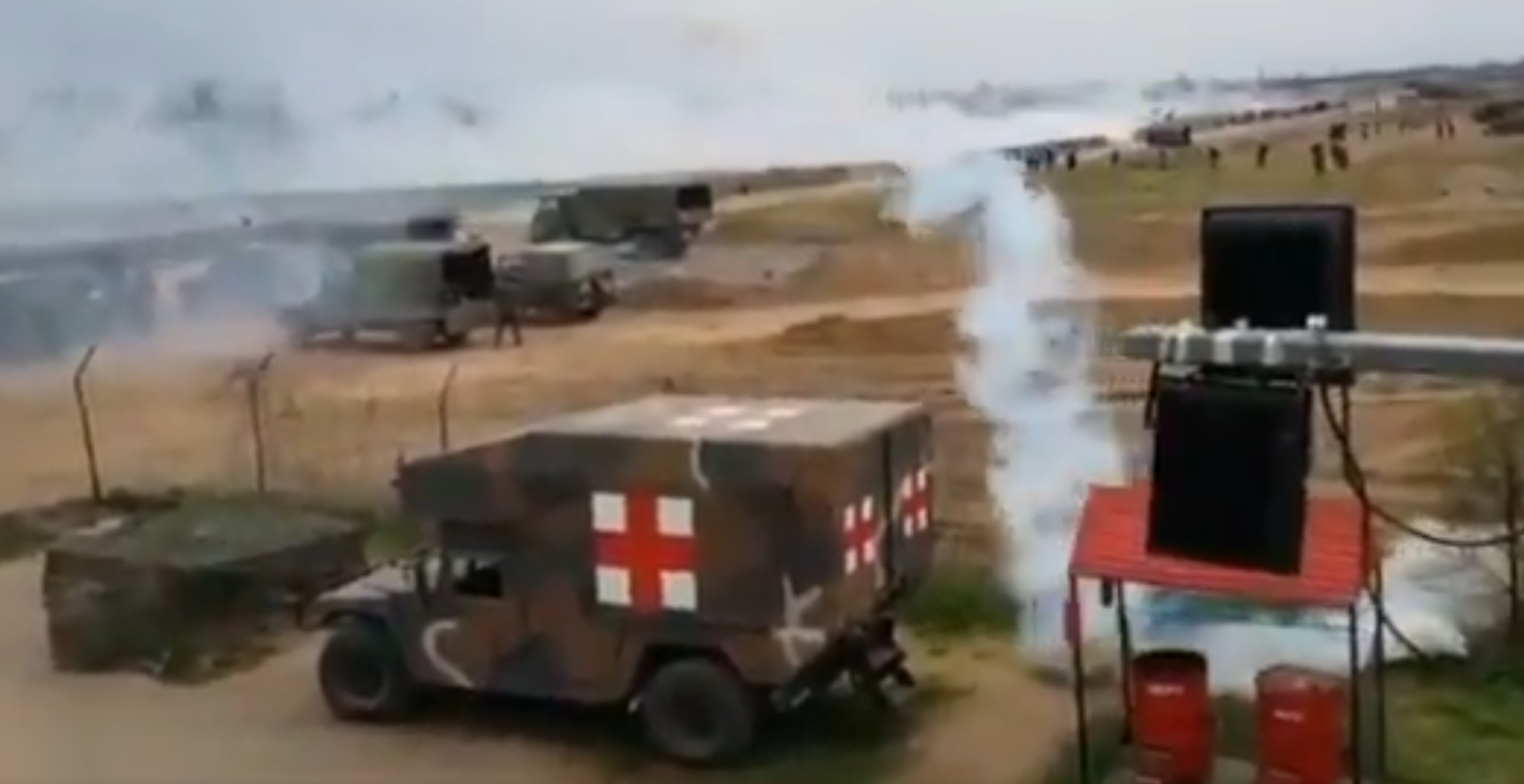 While the world is focused on coronavirus, chaos still reigns at Greek-Turkish border, with new video emerging of Turkish police firing tear gas at Greek police and Turkish warplanes continuing to violate Greek airspace with aggressive flyovers at the border.

According to Greek authorities, Ankara has not relented on its strategy of increasing pressure on the Greek border, with thousands of migrants still trying to cross the border on a daily basis.

A couple of Greek F16s flew over the sky of border #Kastanies #Evros few minutes ago. ✈✈ pic.twitter.com/5vA3R0sL0Y

Just this morning, another pair of Turkish F-16 fighter jets were detected flying over the Greek island of Ro without prior authorization. According to Ekathimerini, the jets flew at an altitude of 14,000 and 13,500 feet, respectively. The violation occurred between 9:25 a.m. and 9:28 a.m., which led to Greek fighter jets scrambling to intercept them.

Where is the global outrage?

Another video recorded on the Turkish side of the border shows Turkish officers in clearly marked uniforms firing volleys of tear gas, periodically reloading from crates nearby.

It is not the first time Turkish forces have been accused of launching tear gas against Greek police.

Just on March 22, video published by Proto Thema showed tear gas enveloping Greek military ambulances on the Greek side of the border. It is generally accepted that targeting medical units is illegal under the Geneva Convention. Although tear gas is generally non-lethal, its use on ambulances demonstrates how antagonistic the conflict at the Evros border has become.

Turkish President Recep Tayyip Erdoğan initially said that he would close the border to Greece and Bulgaria last week on Wednesday due to coronavirus concerns, but thousands of migrants still remain, many who are actively trying to cross with the help of Turkish forces.

Turkish media outlets also confirm that thousands of migrants are still at the border 27 days after it was initially opened by Erdoğan, with many of them hoping for “asylum in Europe”.

Greece now fears that Turkey is shifting tactics and sending large decommissioned tanker ships loaded with migrants to Greek shores, with Greek intelligence indicating that it is currently tracking a number of ships moving along the Turkish coasts. Last week, one Turkish decommissioned Turkish tanker ship crashed off the coast with 193 migrants.

Migrants continue to arrive on Greek shores on a daily basis, often under escort from Turkish Coast Guard boats. On the weekend, four boats landed on the island of Lesbos carrying a 116 migrants, with most from Afghanistan but a smaller contingent also Africa.