Not even all attacks are reported 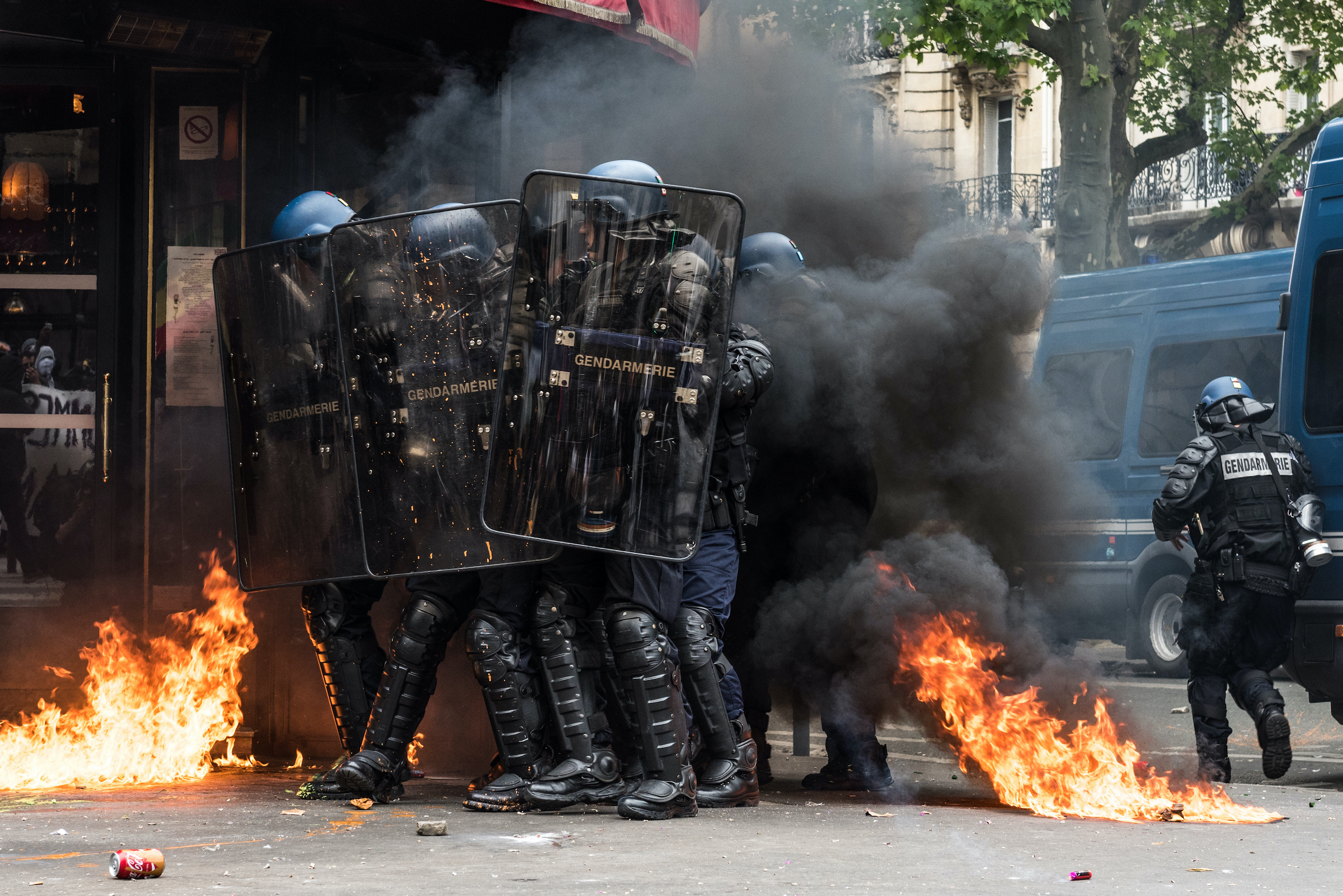 Acts of violence against the National Police in France have more than doubled in 20 years, according to statistics from the Ministry of the Interior. The situation is all the more worrying as not all attacks are reported for various reasons, reports Le Monde.

More than 85 acts of “violence against persons holding public authority” are recorded every day in France for the National Police alone. Since the beginning of the 21st century, acts of violence against the National Police have multiplied by 2.3, a number of which Remix News has reported on in the past, such as a brutal ambush attack by 12 “youths” that left a police officer in intensive care for nearly a week.

In January alone, 2,288 attacks against the police were recorded based on the information collected from reports.

However, these figures could be underestimated, primarily because not all violence is reported by the officers, especially when it is perceived as minor and does not result in any injury.

This was the case of officials who became the target of mortar fire in Poissy, in the Yvelines, without taking the trouble to report the incident to their superiors. One of the reasons might be too much paperwork wasted on incidents that are “deemed daily and banal”.

“We cannot trivialize these facts,” declared Interior Minister Gérald Darmanin in front of the police station of Poissy.

Besides, the rules in force within the administration sometimes prevent the police from reporting such incidents, Le Monde said.

“A civil servant who wants to remain active will not take the risk of being issued with a degree of disability barring his access to certain services,” explained Virgile Reynaud, a lawyer at the Marseille bar specializing in defense police officers.

What accounts for the growth in attacks on the police?

Many blame President Emmanuel Macron and previous French leaders for allowing unchecked mass immigration, which could have contributed to the rising crime rate. For example, murders have skyrocketed in France since 2000 as well, growing by 91 percent.

Some evidence points to France’s growing migrant population accounting for much of the rising murder rates, but exact statistics are hazy. Last year, the National Observatory of Delinquency and Criminal Responses (ONDRP) revealed that nearly half of all crimes in Paris are committed by migrants, including violent stabbings. The report also found that the number of crimes carried out by unaccompanied youth increased by 22.7 percent since 2016.

Some high-profile cases involving police officers being murdered have also involved migrants, such as the case of officer Mélanie Lemée, who was deliberately hit and killed by an African male on a motorbike who was trying to escape a police checkpoint. In perhaps one of the most high-profile murders this summer, 23-year-old Axelle Dorier was killed in a brutal hit-and-run by Youcef T., who dragged her with his vehicle for nearly a kilometer and then left her to die.

There are also concerns that sentencing guidelines for attacking police officers remain to weak, with France’s police unions saying that sentences remain insufficient to deal with the spiraling problem.

“In reality, the magistrates are not particularly tolerant in these cases,” declared the lawyer. “They simply manage the cases according to parameters such as the number of places available in prison. All with a fairly understandable weariness in the face of increasing numbers of cases and very tense police officers on this issue, who are pushing for sanctions at all costs.”

Severe attacks have even prompted protests from officers fed up with the violence directed at them, but as the data shows, such protests are having little effect on the danger French police face on a daily basis.