Although relations have normalized between countries like Hungary and the United States under a Trump administration, a Joe Biden presidency could set back the clock 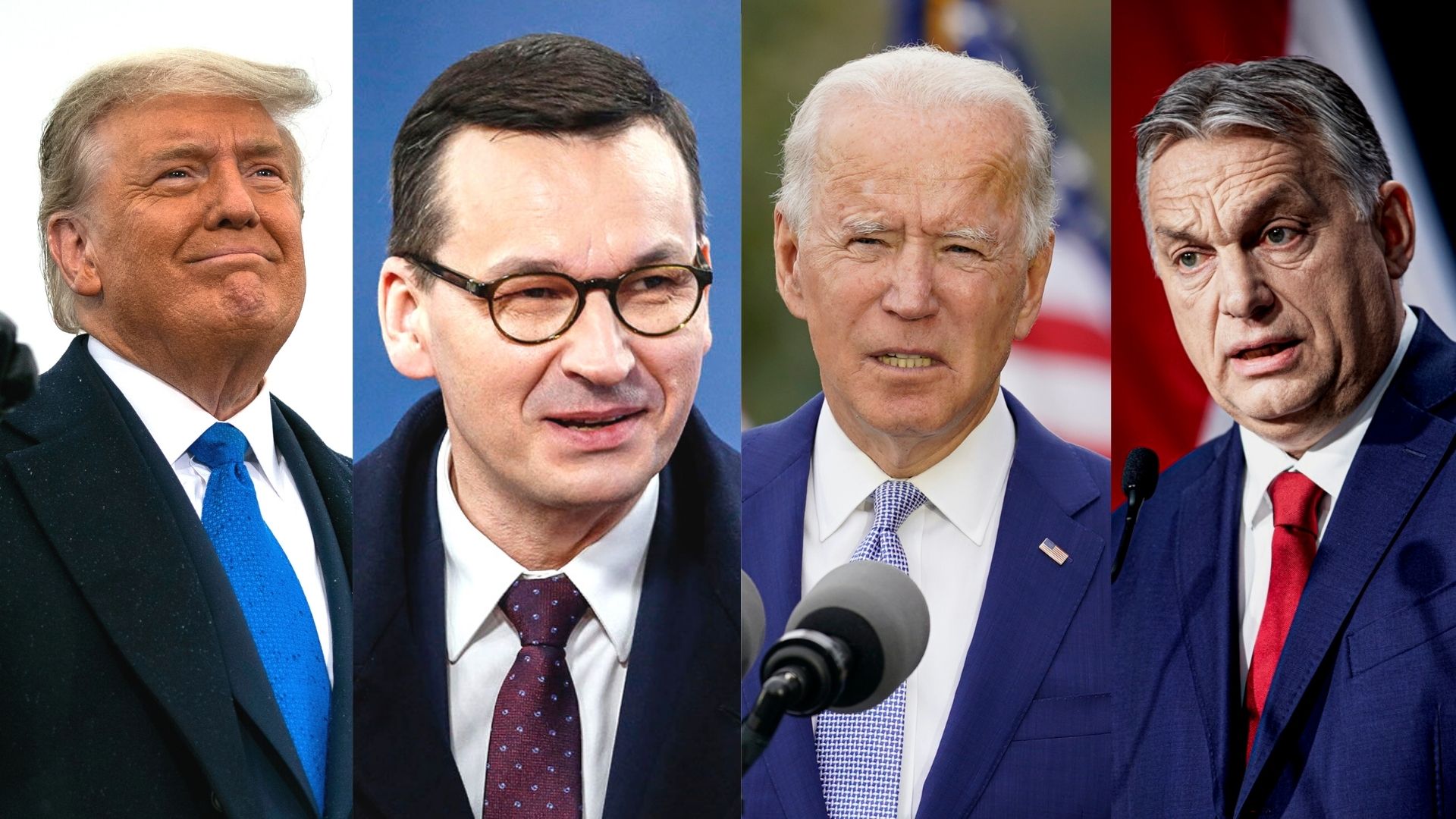 The outcome of the presidential election in the United States could have a profound impact on the nationalist conservative governments that predominate in Central and Eastern European countries such a Hungary and Poland, with a number of nations in the region now weighing up their options as they prepare for the outcome of the Nov. 3 vote.

The rapidly polarizing US political landscape is in many ways mirrored by the European Union’s political discourse, where old historic alliances are being replaced by ones situated on political or ideological fault lines. Traditional conservative politics has been redrawn to reflect the enormous changes in Western societies taking place mostly as a result of nation-states transforming into multicultural open societies. European and American historic left-wing political movements are disappearing at an event faster pace, transforming themselves into well-financed radical globalist movements vying to control international big business, rather than to look after the interests of local working-class communities.

It is in this context that world-leaders from outside the US are weighing in on the battle between Joe Biden and President Donald Trump. Hungarian Prime Minister Viktor Orbán, who represents a nation-state oriented around conservative politics, has strongly backed the reelection of Trump both in the Hungarian and English-speaking press.

“With the election of Donald Trump and the arrival of [outgoing US Ambassador to Hungary] David B. Cornstein, everything changed, and Hungary felt an openness, honesty, and friendly approach on the part of the United States,” Orbán said this week at an award ceremony for Cornstein.

Orbán also told Reuters in September that he was convinced Trump would win reelection and that if Biden were to win, it would likely lead to worse relations between Hungary and the US.

Orbán’s fears were likely confirmed when a few weeks later Biden referred to Hungary and Poland as “totalitarian regimes” during a debate with Trump. The comment came as a shock to the Hungarian government, with top officials, including Foreign Minister Peter Szijjártó, slamming Biden.

“US President Donald Trump and Prime Minister Viktor Orbán share a similar view on illegal migration, border protection, security, family support and the protection of Christian communities,” said Szijjártó.  The foreign minister said that this is why Biden obviously involved Hungary in the presidential election campaign.

Orbán’s decision to voice his support for Trump likely reflects the welcome change at the helm of the US embassy after the departure of former President Barack Obama’s appointee, Ambassador Colleen Bell, who was a fierce critic of. Orbán’s government. Bell, who now works as the Director of the California Film Commission, had accused the Orbán’s government of “systematic corruption” and “xenophobic characterizations of refugees as invaders” over the government’s stance on the 2015 migrant crisis,

The appointment of Ambassador Cornstein by Trump had brought a much desired normalization in US-Hungarian relations as far as the Orbán government was concerned, a fact that has not been welcomed by the Hungarian opposition. In fact, Hungarian opposition leader Ferenc Gyurcsány has also been candid about his preferred candidate, saying, “It is in the interest of Europe, including Hungary, that Joe Biden be the next president of the United States.”

Gyurcsány no doubt remembers the support the US showed Hungary’s opposition during Obama’s term in office. Given the vitriol Biden has directed towards Hungary and Poland, Gyurcsány likely expects further support from the Democratic candidate.

Biden’s harsh rhetoric could indeed develop into concerted policies directed at Orbán’s government. For example, the State Department under Obama had planned a $700,000 grant to fund so-called independent media in rural areas of Hungary, largely seen by the Hungarian government as an attempt to promote media that would be hostile to Hungary’s conservative government. Although Trump’s State Department canceled the planned project, such programs may resume if Biden assumes office.

Another important factor may be billionaire financier George Soros. Soros has openly expressed his hostility to the governments in Poland and Hungary. The substantial funding he ha directed a Biden’s campaign to the tune of over $50 million may provide further incentive for Biden to turn his attention towards the two countries if he wins the presidency.

The Hungarians, however, are not as invested in political and economic relations with the United States as some other countries such as Poland, where a radical shift on the US political landscape could bring complex challenges not only with regard to their strained relationship with the EU elite, but also in their security arrangements in relation to a perceived threat from Russia. At the same time, the threat of Russia is likely to keep US forces directed towards the country’s Eastern flank regardless of who wins office.

Another European leader who has publicly endorsed Trump’s bid is Slovenian Prime Minister Janez Janša, who had claimed that a possible Biden win would mean the US was appointing “one of the weakest presidents in history”. The endorsement likely has little to do with the fact that the current First Lady, Melania Trump, is a native of Slovenia. Instead, Janša, an ally of Orbán’s, sees an ideological ally in Trump. Slovenia was one of the first nation to erect a fence against the migrant invasions following the Hungarian example, and had openly criticized the European Union’s lack of response to the crisis. Janša is also a proponent of strengthening national institutions and identity, as well as family friendly policies that are meant to stop negative demographic trends.

As is a trademark feature of Czech diplomacy, Prime Minister Andrej Babiš, has been more cautious in expressing any preferences or direct endorsements with regards to the current presidential duel. Although personally he sees eye-to-eye with Orbán on key issues such as migration and gender ideology, his party ANO is a formation that encapsulates a number of different ideological profiles, ranging from liberal views (such as Věra Jourová, Vice President of the European Commission for Values and Transparency), to conservative ones. He has thus been careful not to cause a rift within his own party, and especially not with his governing coalition partners, the Czech social democrats (ČSSD), who would certainly not support the incumbent US president for a second term.

Whoever wins the US presidential elections, the consequences for European conservative governments will be of critical importance. A Democrat in the White House would make it exponentially more difficult for national governments to resist migration-friendly policies championed by the European Union’s dominant left and green movements. Equally, NGOs that promote open societies, a multicultural world-view and radical gender or racial theories would most likely also see a major boost not only in their finances, but also in their access to the power structures of EU member states. Conservative governments that have no options or desire to open Eastwards economically and in terms of political alliances, would without a doubt feel increased pressure over the next four years.