They mostly come looking for food and water. 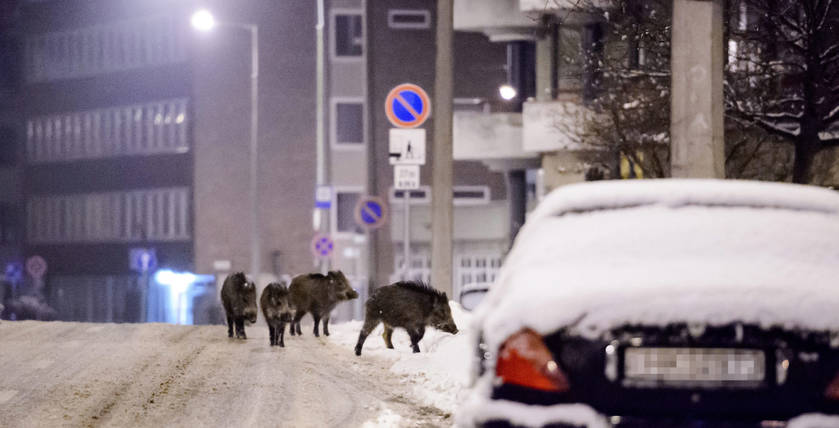 Wild boars, foxes and martens are becoming an increasingly common presence in Budapest and its suburbs, according to a report from conservative daily Magyar Nemzet.

While some people fear these animals, there are also always those who feed them and even give them nicknames.

In the hilly Buda side of the Hungarian capital, west of the Danube River, wild boars and foxes are the most frequent visitors. They come from the surrounding forests, mainly foraging for food often found in household refuse, but in the dry summer months, pools and irrigated gardens also represent a convenient source of water.

These animals often find shelter in abandoned houses where the risk of detection from dogs is much lower.

István Rittling, head of the Budapest Forests District, says wild boar cause the most damage, as they burrow for food in vegetable gardens, but occasionally also damage fences as they make their way into gardens.

Foresters set traps to capture the animals unharmed and release them in more remote wooded areas, he said.

Foxes can also be a vector for rabies. Several Budapest districts employ companies specializing in the inoculation of foxes through vaccine substances hidden in food.

Residents of the flat Pest side of the capital are also treated to their share of wildlife. In this area of Budapest, deer and hares are the most common animals, with the occasional visit from the much more elusive red deer.

Hares and wild boar can also damage gardens and crops, but foxes are also an imminent threat to poultry, and unlike in tales, they don’t only come out at night. Daytime poaching is also quite common.

Deer, on the other hand, also have the habit of hitting their heads on tree trunks when they change their antlers, often damaging or outright destroying saplings.