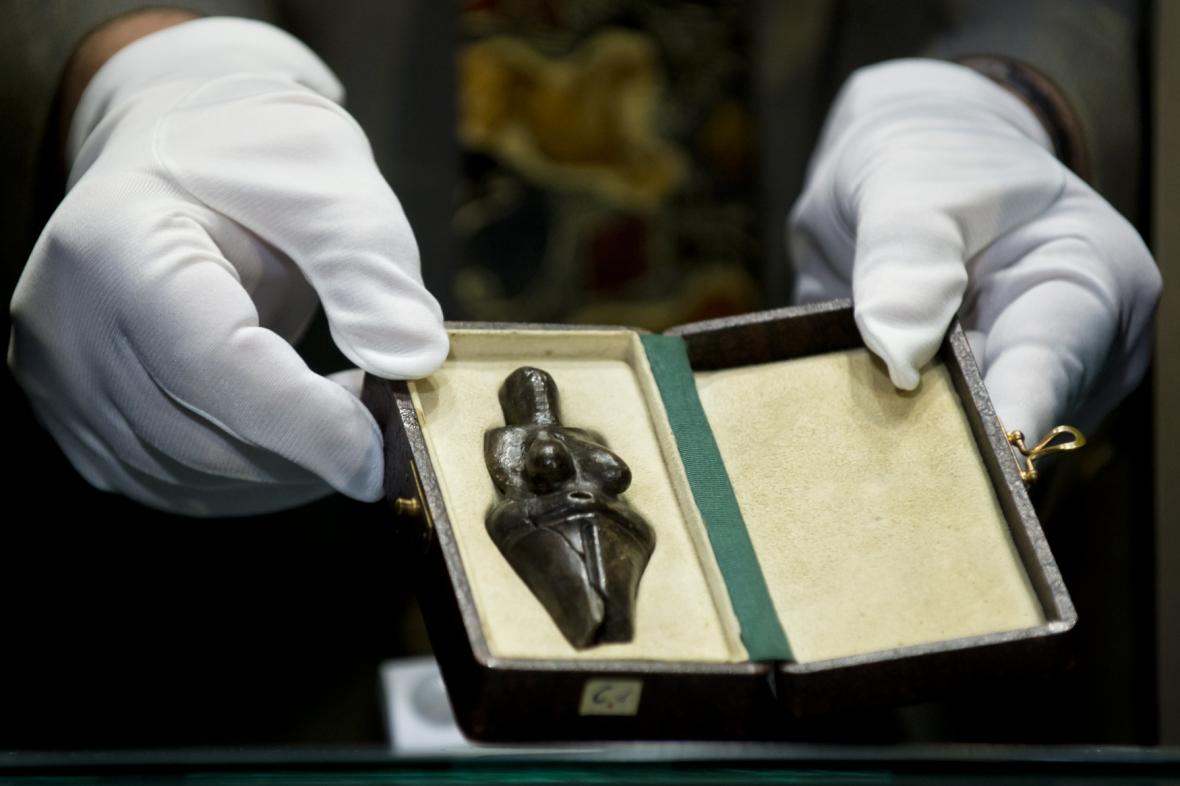 The Venus of Dolní Věstonice, the world’s oldest known ceramic statuette, was transferred under police supervision from Brno’s Moravian Museum for display in the Regional Museum in Olomouc.

The Venus of Dolní Věstonice, which depicts a female body, is an 11.5 centimeters (4.5 inches) high clay statuette. It is probably the best-known Czech archaeological discovery and a key example of prehistoric ceramics.

It was first unearthed in 1925 by experts who were excavating a prehistoric mammoth hunters’ settlement in South Moravia.

The Venus of Dolní Věstonice will be displayed together with other rare exhibits in Olomouc from Nov. 27 to Dec. 8. The museum was negotiating the lending of this almost 30,000-year-old valuable artifact for three years.

According to representatives of the Moravian Museum in Brno, which has the statuette in its collections, the Venus of Dolní Věstonice is displayed only on rare occasions.

“Recently, it has been displayed twice, in 2013 in London for the exhibition titled Art of the Ice Age: Arrival of the Modern Mind at the British Museum and the second time in 2014 to celebrate 200 years of museums in the Czech Republic,” said the spokesman of the Moravian Museum Barbora Javorová.

The statuette approximately 25,000 to 29,000 years old and is the oldest known object made of clay. Thus, it is evidence of the beginnings of ceramic art.

At the time of its discovery, the statuette became a world sensation.

“The Venus of Dolní Věstonice is the oldest and at the same time a very valuable art object made from ceramics. It is one of the most important works of art of hunters of the Early Stone Age and Paleolithic eras,” added the spokesman of the museum.