Zemmour: Immigration is linked to jihadism, and those claiming otherwise are taking people for fools

Following the fatal stabbing of a French policewoman by a Tunisian migrant, a debate is raging over the link between immigration and jihadism 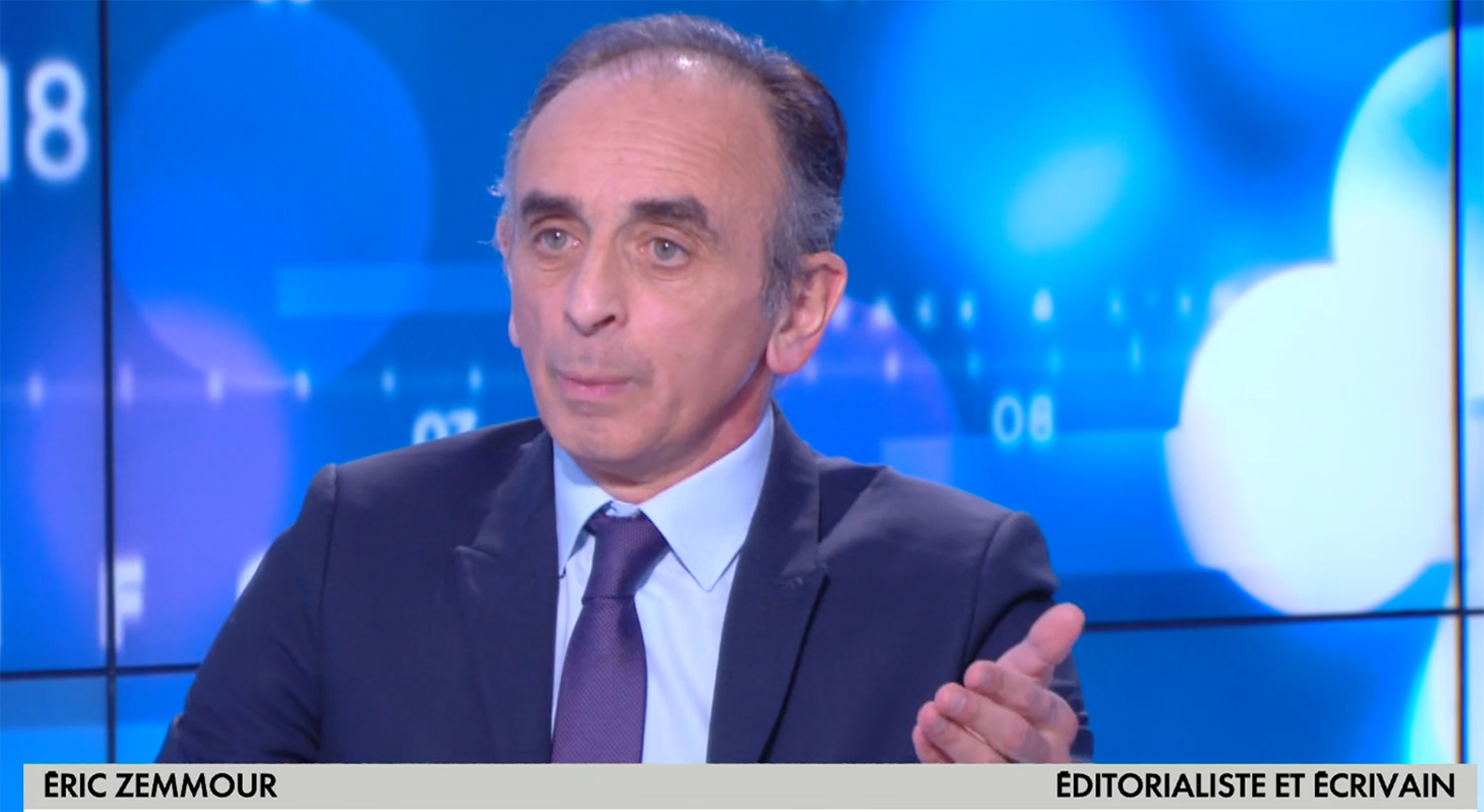 The fatal stabbing of female police officer Stephanie Monferme in a police station in Rambouillet, south of Paris by a Tunisian man last week, cannot be qualified as a “terrorist attack” but is instead linked to jihadism, which is in turn linked to mass immigration, said French author and philosopher Eric Zemmour on the popular political talk show of French TV channel CNews.

“This is not terrorism in the traditional sense of the PLO or the Red Brigades. This is Jihadism. Since 1995, there have been 271 victims of so-called ‘terrorism’. Ninety-nine percent of the perpetrators are immigrants. All of them are Muslims. When someone says that these terrorist attacks have nothing to do with immigration, they regard their audience as fools. This is unheard of, and incoherent both in the political and ideological sense,” Zemmour said. “In reality, we are living the consequences of a never-before-seen immigration in human history.”

Zemmour said that when top officials like Economy Minister Bruno Le Maire and government spokesman Gabriel Attal continuously assert, also in the most recent attack, that jihadism has nothing to do with immigration, then they are taking people for fools.

“In addition, the state has given up its power to regulate immigration by giving immigrants the power to decide the immigration policies of France,” the author said.

Explaining the recent wave of violence in France by talking about “urban violence” is also a false concept: in reality, this is a war waged by Maghrebi and African gangs against the French state,

“They talk about urban violence. I think these concepts are obsolete, outdated and false. Let me explain, starting with the concept of urban violence: I don’t think this is urban violence, but in fact a guerilla war. Guerilla — as seen in Spain during the Napoleonic times — is asymmetrical warfare against a ruling power. In our case, the French state,” Zemmour said. “What we have are suburban gangs from the Maghreb region and Africa who are rebelling against the state. This is guerilla warfare in the truest sense.”

Zemmour then listed the seven cities where such violence occurred during the last week alone.

“(We saw) aggression, burning schools, fatal shooting of police officers, violence against ambulance crews, firefighters,” Zemmour said. “This is no longer urban violence. This is mafia politics. It means that these gangs have the weapons, have the money and the support of dozens, hundreds of people who attach the state and go against French targets.”

Others have echoed Zemmour’s points on terrorism and immigraiton, including Former MEP and State Secretary Philippe de Villiers, who said on French channel RTL that immigration is driving Islamism and terrorism in the country. He indicated that immigration continues on a massive scale, which had led France to lose its Frenchness and left people no longer feeling at home in their own nation.

France currently takes in unprecedented numbers of migrants every year and already has the largest Muslim population in all of Europe.

“If you add legal and illegal immigration, that’s over 400,000 arrivals each year… We cannot go on with such immigration,” Nicholas Bay, who serves as the European deputy of Marine Le Pen’s National Rally party, remarked as a guest on “4 Vérités” of France 2 in September last year. He pointed to a deteriorating security situation in the country along with a lack of assimilation, which he says will only worsen if France continues on its current path.

Zemmour is arguably the most popular conservative television commentator in France. Macron’s government has viewed Zemmour’s growing popularity with particular alarm due upcoming presidential elections in 2022 and has been accused of actively trying to silence him.