The liberal left does not want to admit culturally alien migrants for humanitarian reasons but because it wants to rebuild the West’s social structure, writes Jakub Maciejewski 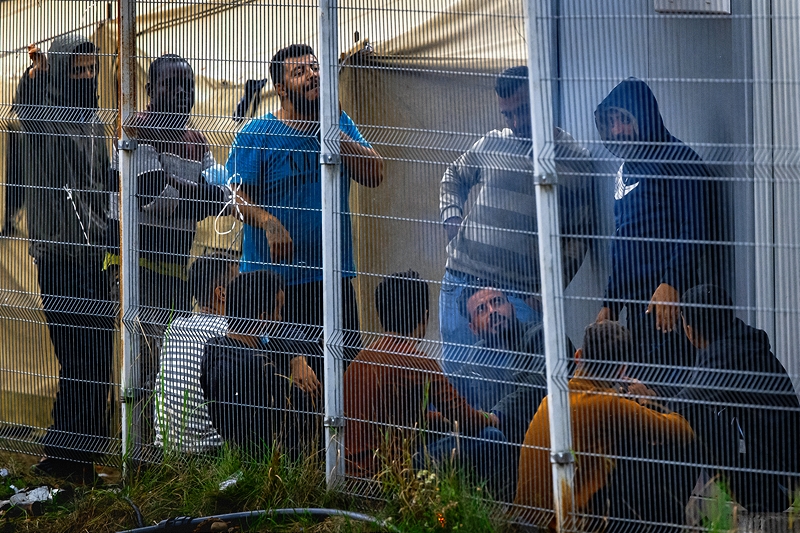 Calls for humanity, the desire to make amends to non-European nations and peoples for both real and alleged hurts inflicted by “whites”, simple empathy, and all sorts of multicultural worldview justifications are merely a pretext for admitting Islamists to Europe.

Admitting Muslims to Europe is supported mostly by naïve, silly, or ideologized people, yet this trend of alleged empathy was crafted for very specific political reasons – to take over power.

In election geography, it is no secret that national minorities, especially in fairly homogenized countries, vote for parties which least identify with the roots of a particular nation or state. Admitting Muslims to countries in our region is essentially meant to blur and weaken European culture. It is also meant to create an ally for the liberal-left camp whose power is based on this blurring of identity.

Data itself is evidence enough. In 2013, 64 percent of Turks in Germany voted for the Left SPD, 12 percent of which voted for the Greens. The mild and centrist Christian Democrats earned only 7 percent of Turkish votes. Right-wing parties noted trace amounts of support. Meanwhile, in France, 86 percent of Muslim voters chose leftist Francois Hollande in 2012.

Yet, for politicians opposed to their own culture, the support for minorities amounts not only to a reliable voting bloc in elections. The presence of Muslim communities creates a whole business-propaganda infrastructure around them which is organized by the Left.

Tearful stories about families from the Middle East who found happiness, terrifying stories about the intolerance of their own nations or native Christians, and finally, workplace stories for all sorts of social workers, language teachers, transfers of state funds to humanitarian organizations which are fighting problems they made themselves – all of this is a recipe for a comfortable life and political gain.

Simultaneously, political correctness is silencing the actual threat from the side of the fervorous believers of the Quran who even in their third generation are able to convert to hard orthodoxy, especially after pilgrimages to the sacred places of their grandfathers.

Pointing out this political mechanism, however, does not annul the necessity to help those in need. Poland has accepted migrants from Chechnya, Georgia, Ukraine, and Belarus. Poland is also open to actual humanitarian help for threatened refugees from the Middle East.

But all these stories about Poles also being migrants who were eagerly accepted by Western countries are nonsense!

Poles fled to the West to organize resistance against their occupants and wanted to return home – the opposite of waves of healthy grown men who flee their countries to live on European social benefits.