Despite the Biden-Merkel summit not bringing about breakthrough decisions, it will still have serious consequences, writes former Polish Minister of Defense Jan Parys 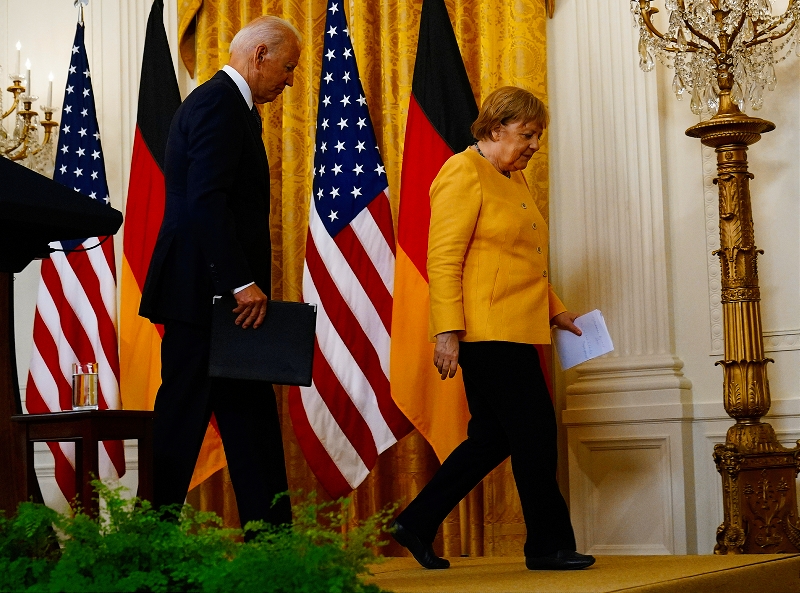 Both sides are in agreement concerning matters which are written into the liberal ideological banners: climate, energy, populism.

When it comes to the most important issues such as security, the two sides did not reach an agreement. Both sides had different views on Nord Stream 2 and the rivalry with China. Merkel maintained her opinion that Germany’s trade relations with Russia and China were most important. Naturally, trade between Germany and Russia will be adorned with claims of Ukraine’s right to freedom, while trade with China will be complimented by cliches about human rights.

The claims of both parties aiming to avoid energy blackmail from Russia sound ironic, because it is common knowledge that only gas supplied from the USA and the Persian Gulf to Central Europe may exclude such blackmail. Nord Stream 2 increases the likelihood of blackmail.

The entry in the statement that Germany alongside the USA is responsible for the security of the Eastern flank sounds like a farce. Everyone knows how militarily weak the Bundeswehr is, how much Berlin supports Russian military development, and how pacifistic and pro-Russian Germany society is.

It is also known that due to the activation of Nord Stream 2, a security deficit is forming on the Eastern flank. Biden did not receive a decision from Merkel to compensate for the deficit with military investments from Russia. Germany will spend USD 5 billion on the pipeline and will ensure 3 billion in foreign currency to Russia but will not want to spend money on arming the Eastern flank and countries such as Poland or Ukraine.

The course of the negotiations proves that Merkel currently does not consider the United States a power worth minding. Moreover, Biden was unable to offer her anything attractive enough for Merkel to listen to.

As it is known from both the theory and practice of politics, whoever has the right to veto has the power. The summit showed that Merkel uses her veto right, as she does not accept Biden’s plans. Therefore, Germany is the superior power and not the US. Biden did not have any arguments or a strong enough position to convince Merkel of his points.