Could rising conservative star rule Italy in an alliance with a Brussels favorite?

“A potential political alliance between Giorgia Meloni and Mario Draghi is an idea Polish politicians could only dream of,” writes columnist Jan Rokita 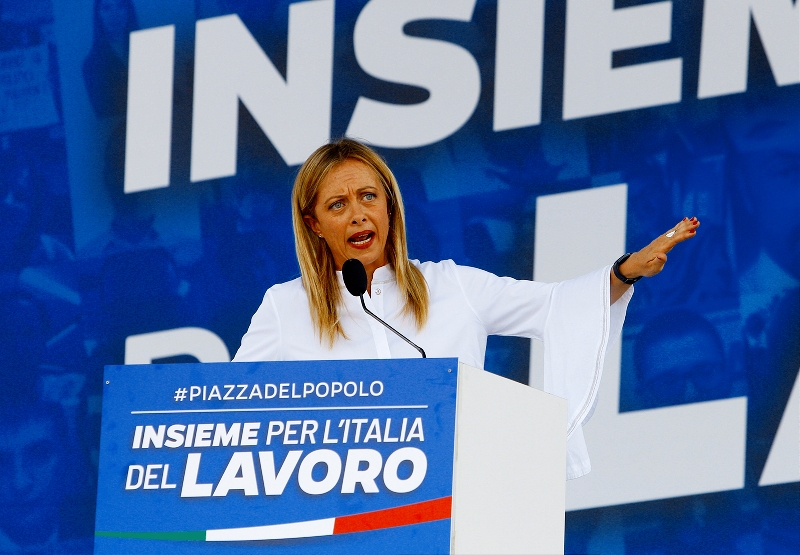 Recently, Jarosław Kaczyński hosted Giorgia Meloni in Warsaw to discuss the organization of a new right-wing faction within the European Parliament. Despite Meloni’s rising star in conservative circles and serving as Italy’s main opposition party, there are signs that her rise has attracted the interest of those outside the typical conservative circles.

After a surprisingly friendly meeting with Italian Prime Minister Mario Draghi, the Italian press has begun entertaining the idea of a “you-president, I-prime minister” situation arising between the two politicians.

In response, the weekend edition of the Milan journal “Il Libero Quotidiano” astutely published a piece entitled, “Mario on Quirinal Hill and She in Palazzo Chigi” (Quirinal Hill being the Italian presidential palace and Palazzo Chigi the official residence of the prime minister). According to the commentary, Mario Draghi had carefully, with pen and paper in hand, listened to Meloni and took down notes of her concerns and talking points.

“He was friendly, honest, listening with interest and direct in conversation,” Meloni said as she praised the prime minister. This comes despite him being her greatest political opponent under Palazzo Chigi. The gathered crowd of journalists listened to her statements with what was almost certainly a degree of amazement.

Under pressure from economic interests in Northern Italy (home of Salvini’s party), the League leader, Matteo Salvini, supported Draghi’s liberal-left government by sending his ministers for support. Thus Meloni (Kaczyński’s close ally), suddenly found himself alone on the Italian opposition battlefield. It wasn’t difficult to predict the degree to which she herself, and her recently marginal party Fratelli Italia, would gain from positioning themselves as the only alternative to Draghi’s extensive coalition.

Now, however, it seems as if the technocrat Mario (the former head of the European Central Bank in Frankfurt) and the “fascist” Giorgia (as she is labelled by the left) may broker an unexpected deal.

Although Draghi had never formally stated these intentions publicly, it is widely expected that he would strive to become president of Italy in spring 2022. Draghi would have a decent chance at the presidency if he gained the support of the only serious opposition party. In doing so, he would easily be regarded as the “father of the nation”, and it would be the crown jewel of his career. In exchange, Draghi could potentially support Meloni if she happened to win the following elections and become prime minister (in a coalition with Salvini).

The Italian press speculates that such a deal would be a political masterpiece for both politicians. Draghhi, who is favored and admired in Brussels would, thus, play the role of protector for the new right-wing “fascist”. This would mean that Rome achieved something that right-wing supporters in Poland could only dream of.

Specifically, if Rafał Trzaskowski (liberal mayor of Warsaw) would come to an agreement with Mateusz Morawiecki (as the future head of state), the alliance could protect conservative policy and promote Law and Justice’s (PiS) reforms in the European Union.

At this time, Italy couldn’t ask for anything more. Yet, given its chaotic nature, I would be forced to entirely change my opinion on Italian politics for prioritizing their own national interests if such an event were to occur.