Some claim that a Europe of two dynamics has been forged in Aachen, but Germany and France do not have much to offer each other. Jerzy Haszczyński explains how little was gained by either side and how the Aachen treaty will not draw in other European partners. 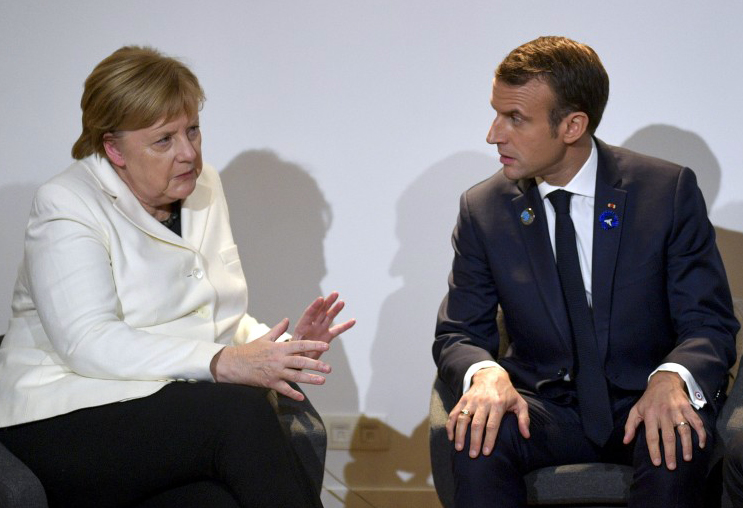 It’s fascinating how little concrete information there is in the new treaty between the two states which want to lead the European Union. Germany and France signed it on Tuesday, on the 56th anniversary of the Elysee Treaty.

Different times, a different Europe and a different world. The retiring Angela Merkel and Emmanuel Macron damaged by “Yellow vests” are not Konrad Adenauer and Charles de Gaulle.

In the new treaty on German-French cooperation and integration, “strengthening” is repeated a dozen times, and mentioned only a few times is rapprochement but not in the context of the Eurozone. There is nothing about it in relation to the Eurozone, only some vague words on a strengthened and deepened currency union.

It seemed that in exchange for economic gifts from Berlin, Paris would gift them a stronger political role in the world

Macron’s plan to transfer money from the disciplined and rich countries of the North, with Germany at the head to the in-debt countries of the South, with France at their head is gone. And with them, the dream to return France to its position in the EU on par with Germany.

All the strengthening concerns trans-border cooperation, youth exchange and teaching languages: German in France and French in Germany. This is not what Macron expected when he beat Marine Le Pen. It seemed that in exchange for economic gifts from Berlin, Paris would gift them a stronger political role in the world.

It is clear in the treaty that the two countries are distrusting of the most important country in the alliance – the USA, and not only that of Trump

Germany would like for France to share (with the entire EU) their permanent seat on the UN Security Council. Instead, they will simply receive France’s support for Germany’s project to extend the Council by new members. This is highly unlikely and therefore, such promises cost France nothing.

Something that is worrying is the declaration to strengthen and deepen military cooperation between France and Germany. Although this is meant to be as part of NATO, it is clear in the treaty that the two countries are distrusting of the most important country in the alliance – the USA, and not only that of Trump.

These droplets of Aachen rain are falling on the Eastern flank. They are not revitalizing. They are forcing thoughts and actions.