In defense of the constitution

Jacek Karnowski warns of the dangers of having the Polish opposition claim ownership of the constitution. He urges supporters of the Law and Justice government to organize a march in the name of freedom and the constitution. 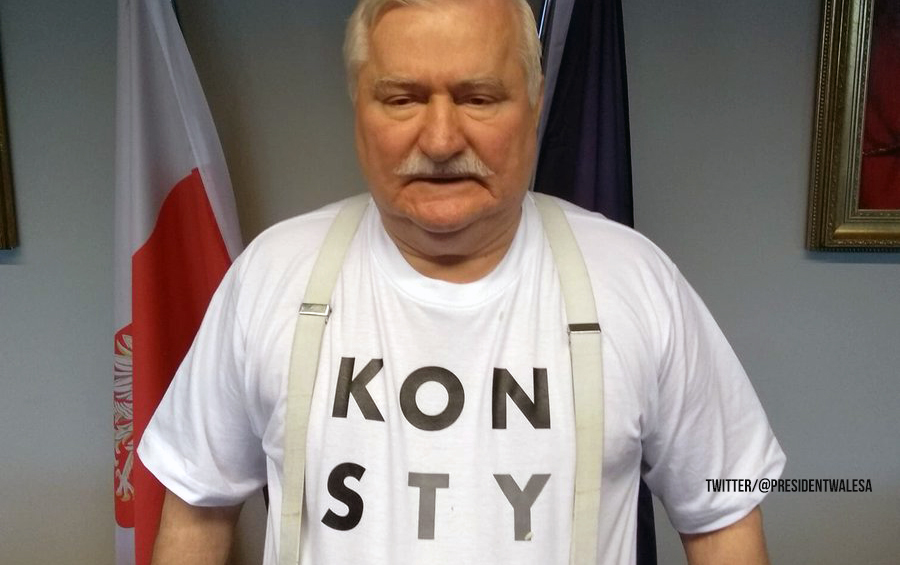 Why should the Polish government be outraged by the opposition’s use of the word “constitution”? Or by wearing t-shirts with that beautiful word? The same goes for the opposition’s actions of dressing statues in those t-shirts. True, they’re throwing rubbish around, but a bit of wool won’t hurt anyone.

Everyone who supports the Polish government should not only not treat “constitution” as a problem, but they should say it loud and clear because it is they who are realizing the key constitutional values: freedom, justice, equality and care for the weak.

During the ceremony commemorating the fallen of the outbreak of the Second World War on September 1st, a female government clerk slapped a woman interrupting the celebrations. This woman was doing so by screaming “constitution”. Although this act of violence (unacceptable!) had nothing to do with the constitution itself, but rather with interrupting what is one of the most important anniversaries for Poles.

I dream of a great demonstration created by the supporters of the Polish government in defense of the constitution. In defense of its most important resolutions, which are so instrumentally treated by the opposition

It is true that the Polish government tramples the informal constitution written down during the Polish Round Table Talks. The main rule of this constitution is to make sure that no reforms can be made to change the status quo. This is a different issue, which has nothing to do with the document itself, but stems from the electoral verdict. Similarly, the outcry of the so called “caste” has nothing to do with what is clearly written down in the constitution for parliament to change the judiciary system.

“I dream of a great demonstration created by the supporters of the Polish government in defense of the constitution. In defense of its most important resolutions, which are so instrumentally treated by the opposition,” writes Jacek Karnowski.

It has to start from the basics: to not let the people who wanted to create a banana republic run by oligarchs, to monopolize the word “constitution”.