Does the West really have the stamina to fight Russia for years?

Will everyone in the West want to take part in the years-long battle over values and freedom? 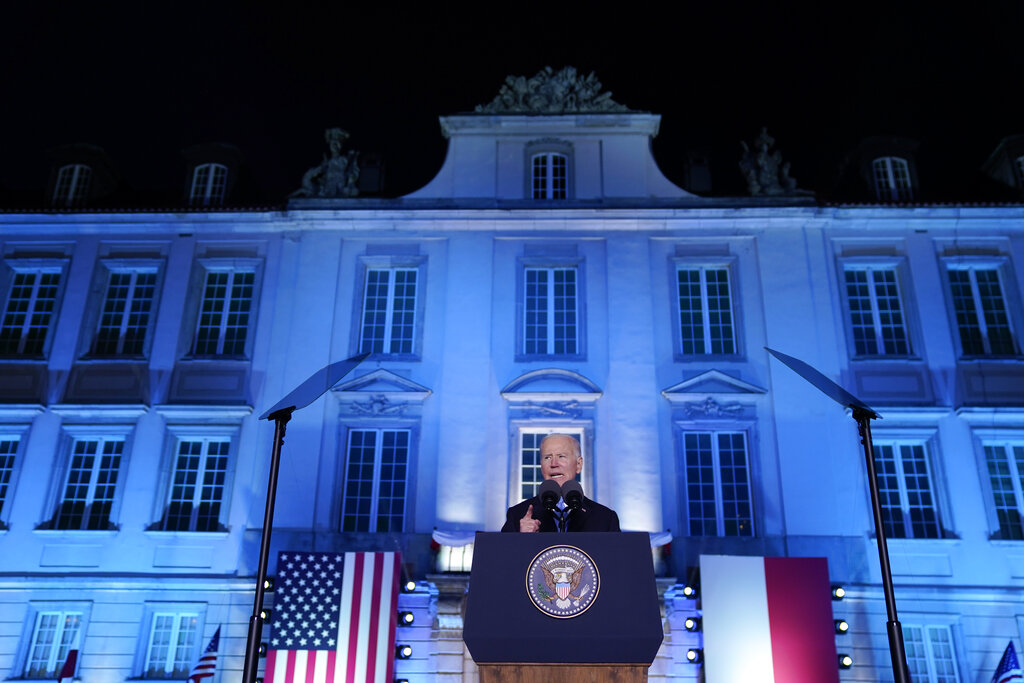 President Joe Biden delivers a speech about the Russian invasion of Ukraine, at the Royal Castle, Saturday, March 26, 2022, in Warsaw. (AP Photo/Evan Vucci)

President Joe Biden in his Warsaw’s speech on Saturday referred to God when he spoke about the future of “that man,” whom he previously called a war criminal and a butcher. “That man” cannot remain in power. These words bear religious meaning.

No mater how they are read; as American aspirations to change power in the Kremlin or a call on Russians themselves to deal with the batter, it is hard to expect Biden to sit down at the table with the butcher.

The American president had also cited John Paul II and his famous “do not be afraid” speech. Now, these words are also fitting in the ongoing battle against evil. Yet, over a dozen years passed before the evil empire fell after those words had been uttered. Almost a decade had passed between the trade union Solidarity’s founding and the fall of communism in Poland.

Now, the battle against evil may take even longer. This would not be a crusade in the medieval meaning of the word. It would not be a military conquest of Moscow. It would be the application of huge economic pressure on Russia combined with a display of the power of Western values — democracy and freedom, which would be shown through action, not mere words. Missionaries work in a similar manner; by showing that prosperity and standards of living are associated with the values one believes in.

Such a crusade requires great sacrifice. Will the untied West wait for that long? Can it bear the costs of sanctions for years?

Experience shows that this is not that likely. And the experience from prior to the Russian invasion points to disdain, exhaustion and a desire for a swift end to the war at the cost of Ukraine prevailing.

There is a military element to this crusade. Its burden lies with the Ukrainians. It has nothing to do with conquering Moscow. In fact, it is the opposite. This is about liberating what Moscow conquered. Ukrainians did not hear anything new from Biden in Warsaw about how to achieve that goal.

What else can they receive from the West, in addition to sending weapon supplies, that will let them conclude the first stage of the battle against evil? It will not end so long as Russian forces remain in Kyiv’s suburbs and on Ukrainian coast.

The next stages can be completed only when a free and secure Ukraine will begin to spread Western values into Russia. This spread is what “that man” and other dictators like him fear.