Why the urge to remove statues that are part of the past? 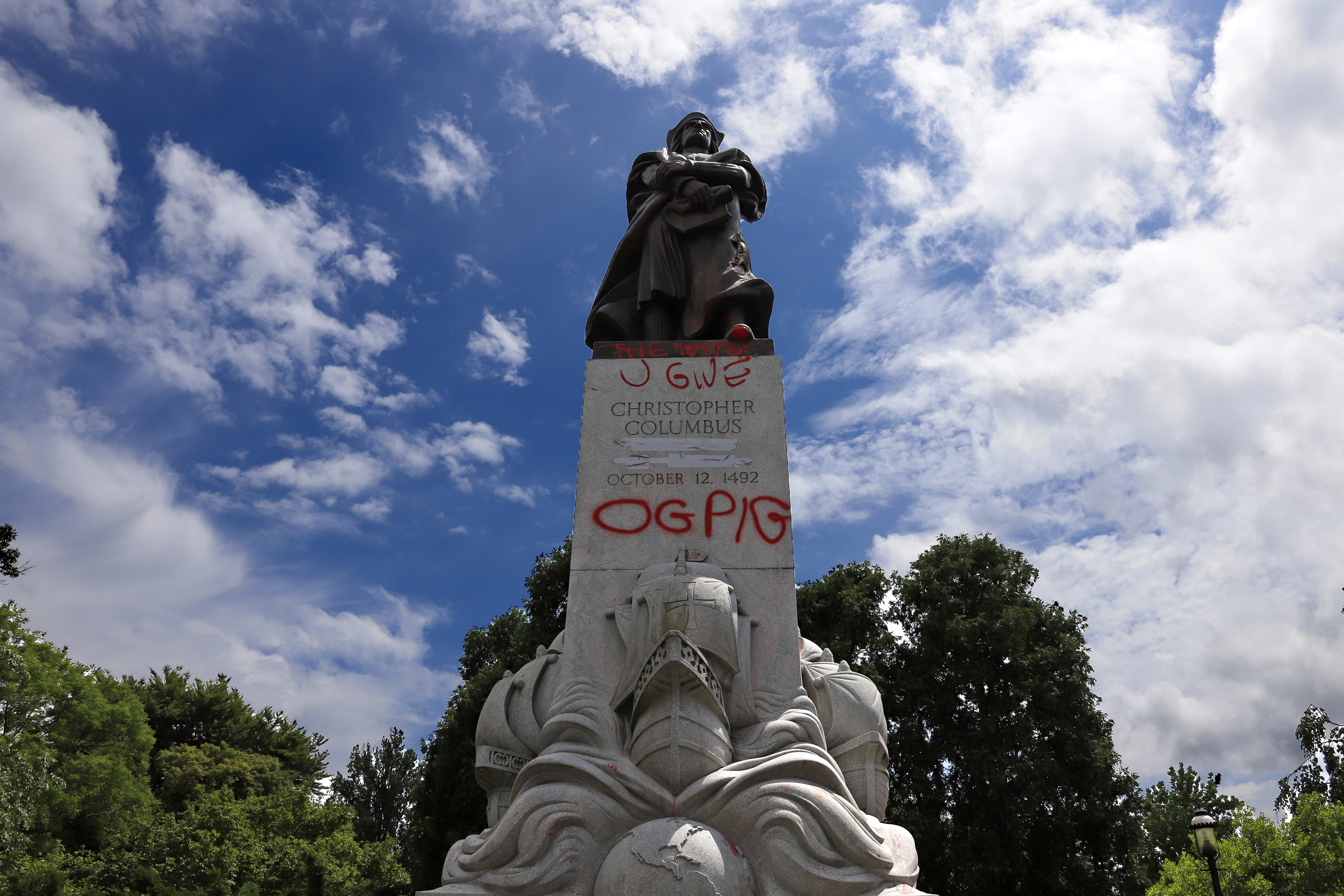 What is happening in the United States? Why are protesters so bent on removing the statues that are an organic component of American history? Political analyst Tamás Fricz seeks the obvious and not so obvious answers.

The current crisis situation has many layers, from the superficial to the very deep.

The first level is the event itself which triggered the entire phenomenon: all things considered, police acted brutally against a black man, George Floyd, who died as a result. The video evidence clearly indicates that the police officers in question must be investigated and removed from the force. This process is underway. The reaction of the affected ethnicity – given that this was not the first such instance – was also understandable and justified.

But it is here that the manipulative background powers enter the picture. These powers – going beyond the expected and justified legal and criminal measures – saw and seized an opportunity to assert their own ideological agenda and plans of global change, by asserting pressure on states, citizens and entire societies- not least law enforcement itself.

By now it is obvious that the increasingly aggressive demonstrations that spread across the United States, Western – and to a smaller extent Central and Eastern – Europe have been coordinated by the Black Lives Matter group, Antifa and other extreme left groups. Ever since its inception, Antifa was a strong opponent of “nationalism”, which in fact translates into questioning the existence of nation states, the right of the state’s monopoly on law enforcement and as such promoting a kind anarchy.

Going one level deeper, the forces behind Black Lives Matter and Antifa are using these two groups to promote their own goals. By now it is well-known that the Soros-network has been funding the BLM movement for years and now they have seen a chance to further the cause of the global elite. Part of this is removing Donald Trump from power by replacing him with Joe Biden, returning the United States from “nationalism” to globalism.

But at the deepest level, by questioning everyone from George Washington to Abraham Lincoln irrespective of historical context is to delete or at least put in brackets the whole past, paving the way for “true” history, based solely on equality. Washington, Lincoln, Churchill and Columbus must disappear, together with Trump and any other follower.

This is a watershed moment, when national conservativism cannot confine itself to criticism: it must defend history itself, the history which makes us the very people who have restraint, abide by community norms and are thereby free in their joint beliefs.

(The author is a political analyst, advisor to the Foundation for Fundamental Rights think-thank.)

Title image: A statue of Christopher Columbus in Schenley Park in the Oakland neighborhood of Pittsburgh on Tuesday, June 23, 2020. The statue, by sculpture Frank Vittor, was vandalized on June 12, 2020. (AP Photo/Gene J. Puskar)