Germany has a habit of posing German interests as common European interests, and it will ultimately lead to a centralization of power to the benefit of Berlin, writes Mariann Őry 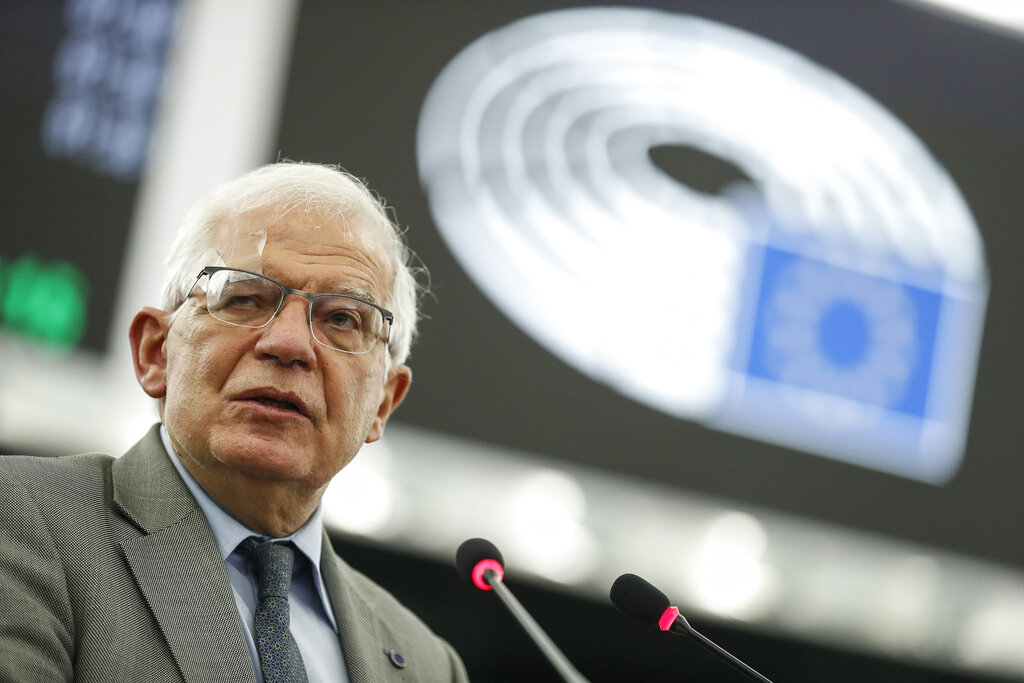 “The European Union’s foreign policy has become ridiculous. If our eight joint statements have been swept aside so far — and in the case of China this has happened — the ninth will also make a mockery. We look like pathetic paper tigers, and after our statements without consequences, the world is laughing at us,” Prime Minister Viktor Orbán recently confronted EU decision-makers with this unpleasant truth.

It really cannot be said that the Hungarian position on this issue has not been clear for a particularly long time. In his previous, eighth Samizdat, which Orbán addressed to Armin Laschet, who is Germany’s Christian Democratic Union chancellor candidate, Orbán reacted to a similar topic. That is why our country became the target of Berlin criticism, being the only one that did not support the EU statement concerning Israel.

Before we examine why the Union’s obsession with making statements is problematic, let us dwell on an interesting detail. The first element of this detail has to do with Laschet but even more important is the Social Democrat Foreign Minister Heiko Maas, who suggested that unanimity in decisions on the European Union’s foreign affairs should be abolished. Does it hurt Germany not to be able to rule the Union alone because it is hampered by annoying member state sovereignty?

Unpleasant suggestions relating to Europe’s past come to mind.

Berlin always wraps the enforcement of its own will in the so-called common interest, which usually translates to the German interest. For example, when Chancellor Angela Merkel generously invited the Syrians to Germany, and pretty much anyone who purported to be Syrian, it suddenly became a common European interest to distribute these people.

Returning to churning out statements: do not think that when Hungary vetoes a joint draft declaration, everyone else is perfectly satisfied with the document. That is not the case, they just don’t dare stand up. The Hungarian position, on the other hand, is that dangerous nonsense should not be facilitated or supported.

The European Union makes a mockery of itself when it wants to threaten the great powers with ineffective papers, plays a political police force, and criticizes the Union’s strategic partners in a condescending, instructional manner. There is endless arrogance behind it, which is very typical of the EU’s liberal elite. It is not just that they’re wrong, because as long as they make these angry statements, the world goes on — in fact, the world goes past us.

Europe will not be strong and competitive because it has made foreign policy statements — especially not when it is yet again mishandling a crisis. The EU countries that rely exclusively on Western vaccines and joint EU procurement are well behind Hungary, by a good one and a half months. The government recognized in time that it was wrong to rely solely on Western vaccines, and we also needed Eastern ones. The Hungarian government did not make this into a political issue, saying the point of the vaccine is to make it work.

This is as much a matter of sovereignty as it is for nation states to retain the right to veto joint decisions and declarations. Hungary does not want to be a paper tiger, but a strong, sovereign country. The indicators of epidemic management and those of the economy prove that this is the right direction and that Hungary is on the right side of history.