For Moscow, conflict with EU is part of a larger plan

After Josep Borrell’s disastrous visit to Moscow, the Russians are ramping up the rhetoric against the EU to a new level in order to deliver a clear message, argues Marek Budzisz on portal wpolityce.pl 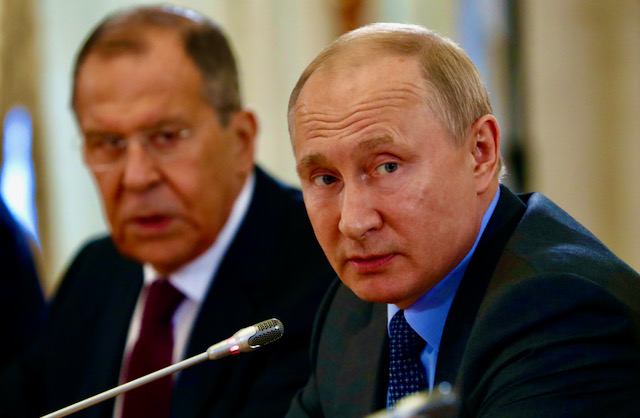 Russia’s foreign minister, Sergei Lavrov, indicated that Russia was willing to break off relations with the European Union should it introduce sanctions over the imprisonment of Russian opposition leader Alexei Navalny. This statement qualified a little by Kremlin’s spokesman Dmitry Peskov who said that Russia was willing to cooperate with the EU as long as sanctions are avoided.

But the Russian defense ministry announced that its delegation will not participate in a high-level seminar organized once every five years. The event was to focus on military doctrines of OSCE members, with Russia signaling that they viewed the format as “outdated”.

This weekend, Vladimir Putin also told Russian media that Russia will not leave the Donbas region of Ukraine. He also said that although Russia had no intention of separating itself from the internet or blocking individual pages, it would do that when and if necessary.

Any attempt to interpret these different signals is made easier by the Valdai Club, a Moscow-based think tank, having its experts make clear that Russia is categorically rejecting dialogue with the EU over any aspect of Russian domestic policy. According to Dimitry Suslov, this is to send a message to Germany, France and Italy to rein in the European Commission.

Russia hopes German reluctance to burn bridges will be decisive in Europe backing off.

The objective is to set clear red lines for what may be discussed between the EU and Russia. Off limits with the EU, according to Suslov, is anything to do with Ukraine, the Caucasian states, Belarus, and Moldova. This is because any dialogue with Brussels on these issues effectively also becomes dialogue with Poland and the Baltic States, and Russia has no desire to discuss anything with these countries.

Russia will therefore concentrate on liaising directly with Berlin, Paris and Rome rather than Brussels.

This new strategy towards Europe is clearly in evidence with regard to the Nord Stream 2 gas pipeline project. The objective of setting up a nominally German foundation that is funded by Russia in Germany’s coastal state of Mecklenburg is not only to protect the project from US sanctions but also to bypass the EU’s gas directive’s provisions. This development is clearly a joint effort with Germany.

Timofey Bardachov, the director of the Valdai Club, goes further. He argues that the EU has no tools to influence Moscow and that sanctions have proven to be ineffective. Russia is no longer prepared to trade its interests in exchange for dialogue. It will only cooperate in those areas, such as Nord Stream 2 and investments, which are in its interests.

The EU is perceived as incoherent and Moscow does not want it to pursue any foreign policy that challenges the ruling government. The result? In the future, the Kremlin will work on a bilateral basis with European states.