Klaus: The EU wants to punish the UK for saying it’s not the best

Former president Václav Klaus shared his opinion on the previous year in an interview with ParlamentniListy.cz. Giving Hungary as an example, Klaus said that both the Czech Republic and the EU need politicians with clear minds and opinions. He also criticized the European Union for its behavior towards the UK. 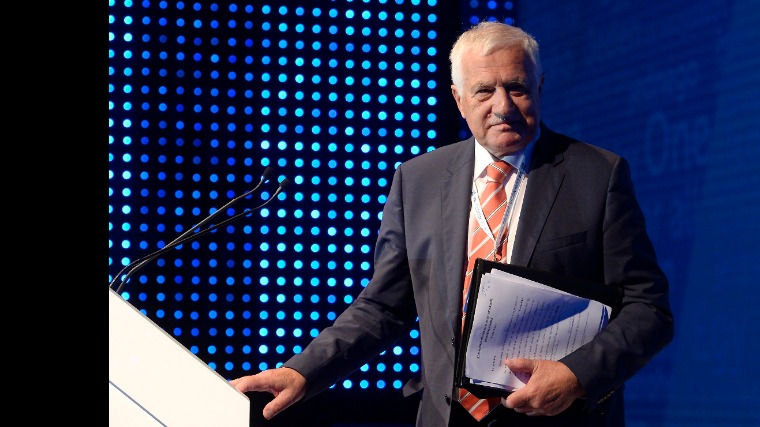 Václav Klaus has appraised his successor, current president Miloš Zeman, with whom he often deeply disagrees, but also thanks at the same time. “These concern his rational anti-immigration attitude and a more rational look at where there is a real danger to our country, whether it comes from China, Russia, or maybe more from the West. In these matters, I have to admit that it is good that at least someone says so, because the political parties, the so-called democratic forces in the Chamber, do not dare to say anything like this at all. Politicians from these parties are cowardly, not courageous,” says Klaus, recalling his visit to Budapest, where he was awarded the Petöfi Prize at the end of December.

The debate in Hungary, according to Klaus, is different, because Viktor Orbán does not dissemble and plays a clear political game when he calls things by real names. That is what the Czech Republic needs, too.

Even regarding the situation in Brussels, Klaus is not happy and is worried about what the EU will do with the UK. He believes the European Empire shows during Brexit how it intends to treat its opponents. Brussels does not care what happens to Britain or other Union countries. In particular, it wants to punish and humiliate Britain for saying that the EU is not the best.

Neither the government’s party ANO nor the opposition and Klaus’s home party ODS are able to present such strong views and attitudes as Orbán in Hungary or the UK departing from the EU. ODS suffers from emptiness without opinion, has no courage to call things by real names, and the ruling ANO, headed by PM Andrej Babiš, draws the appropriate benefits from the incompetence of the opposition.

In this context, Klaus is worried about what will happen in 2019. He expects, for example, the pressure to accept climate foolishness, pressure to restrain free car riding, forced use of solar energy and other areas. “I’m frightened of strengthening genderism and feminist insanity. I fear the Greens´ victory over normal people and common sense,” Klaus summarizes.