Was Kurz’s fall in Austria an orchestrated coup?

As in previous cases, the allegations against Sebastian Kurz were based on chance finds in old SMS communications 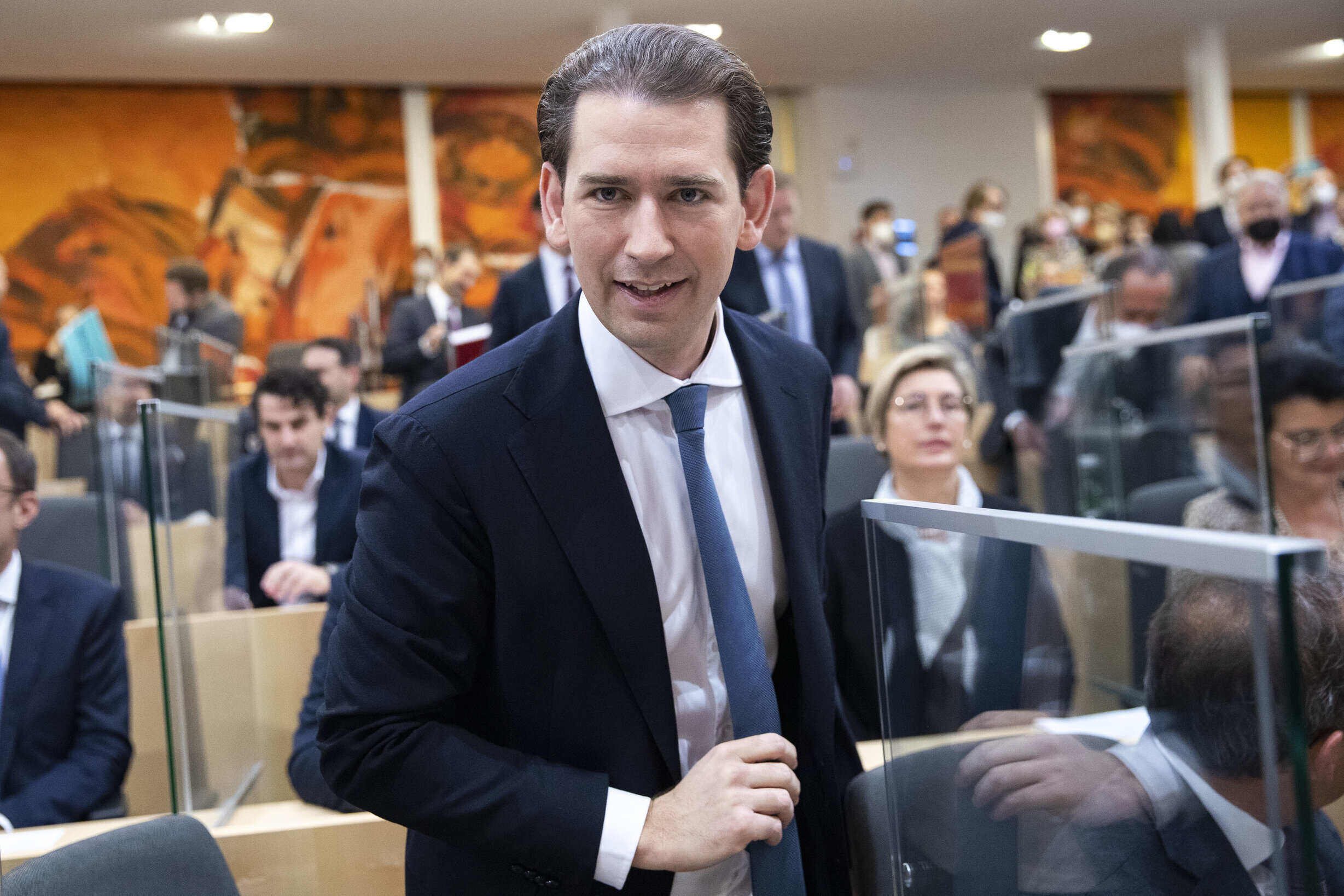 Sebastian Kurz, the former Austrian Chancellor, takes his seat for the sworn-in as deputy in the Austrian Parliament in Vienna, Austria, Thursday, Oct. 14, 2021. (AP Photo/Lisa Leutner)

Another conservative Austrian politician has fallen from power due to private conversations that were leaked through questionable channels. While Sebastian Kurz may be the latest victim, for those who don’t remember, Freedom Party (FPÖ) Vice-Chancellor Heinz-Christian Strache was politically destroyed in 2019 due to the so-called Ibiza Affair, in which he was secretly recorded in a complex operation by parties that remain unknown to this day.

Both Kurz and Strache, two conservative politicians with strong tendencies towards immigration restriction, show that there are alternatives to removing conservatives from power without elections.

In 2017, Strache allowed people impersonating Russian oligarchs to hoodwink him into drinking alcohol in Ibiza. He then proceeded to make a series of questionable and problematic statements while a hidden camera filmed him. Strache told the so-called “oligarchs” that if they were able to influence the Kronen Zeitung daily newspaper and changed storylines in favor of the Freedom Party, he could secure them government contracts. The entire conversation was made public during the 2019 EU election campaign and published via the left-wing outlets of Der Spiegel and Süddeutsche Zeitung.

Following the release of the tape, Kurz made a move that would come back to haunt him. He fired Strache from the vice-chancellor position and dissolved the government to call for new elections. Kurz would later join a coalition with the Green Party, which this month called for him to resign.

Nothing Strache said actually proved to be criminal, yet the recordings were undeniably damaging, and Austrian prosecutors did manage to attach other dubious allegations to him. However, in August 2020, the Austrian public prosecutor’s office got its hands on an additional five minutes of the video in the case that cleared Strache of some of the allegations against him. Strache, for example, refused to do anything illegal and turned down an illegal offer from the decoy he was speaking with. He later accused Der Speiegel and Süddeutsche Zeitung of selectively editing the video.

Public prosecutors showed little interest in who was behind the sting operation, and for a long time, rumors have swirled that, due to its complexity, there is a strong case that it was a foreign intelligence operation or conducted by someone with substantial financial resources.

However, Strache was not the real prize. Now, the Austrian prosecutors’ office has openly gotten involved, effectively bringing down Austria’s elected leader. Again, the circumstances are questionable.

The circumstances regarding Kurz’s fall is reminiscent of prosecutorial misconduct in the case of Donald Trump’s alleged role in Russiagate, which turned out to be a highly politicized government legal campaign against a leader the Washington class never wanted regarding based on allegations that turned out to be fabricated, Austria’s legal system has long harried Kurz, with the former leader complaining that the public prosecutor’s office delaying proceedings over the years while simultaneously failing to achieve a conviction for any alleged wrongdoing.

As in the case of Trump, the proceedings succeeded in other ways. They inflicted professional and psychological damage against those targeted and their associated political parties, while also racking up hefty legal bills. Although Austria’s so-called “Deep State” may not be as labyrinthine as the United States, it has shown it can be equally perfidious. Kurz and other politicians have serious claims regarding the conduct of the prosecutor’s office that should be investigated.

First, the contents of Kurz’s private SMS communications were leaked to the press in a way to maximize the damage to his chancellorship. These SMS messages should have never seen the light of day outside a legal trial.

Second, there is no current evidence at all against Kurz did anything wrong. The current claim against him is that In 2016, a civil servant approached Kurz as the rising ÖVP star, commissioned opinion polls with a pro-Kurz tendency, and then apparently settled them using bogus bills. However, there is no evidence whatsoever that Kurz would have known about the manipulation of the survey results, the false invoices, or the targeted placement of advertisements in an Austrian tabloid. The search for evidence has now turned into a major operation targeting multiple parties.

Third, despite the lack of a conviction against Kurz. he was forced to resign over political considerations and no actual finding of wrongdoing.

Fourth, using a variety of pretexts, Austria’s public prosecutors always seem to end up confiscating cell phones, computers and other devices from politicians, civil servants and business people tied to the conservative parties of the ÖVP and FPÖ. Although Kurz wasn’t the original target of the investigation, his SMS messages were found by “chance” while investigating others.

Fifth, despite the prosecutors expected to be neutral, they immediately leaked the contents of the search warrant and text messages in the case to the media. The SMS texts were by far the most egregious element of the whole affair. The reason why? There was nothing illegal in the texts. Under Austrian law, they should have been destroyed. Instead, the country’s own prosecutors, using the media as their bullhorn, weaponized a private conversation to bring down a government.

In these SMS messages, Kurz called ÖVP chairman Reinhold Mitterlehner an “ass,” and made a number of other disrespectful statements — none of them illegal. It is well known that the two had a troubled past with one another and a power struggle within the party, but Kurz’s use of the word “ass” in a private communication proved to be his undoing in conservative Catholic Austria, effectively ruining his polished image, especially among female voters.

Kurz, facing removal, chose to resign instead. He still runs the ÖVP and has immunity as an MP, but it is unlikely that he will be able to mount a serious political comeback for the chancellorship. However, the political future of Kurz is not the real question that needs to be examined. The real question is what democracy means in the West when conservative leaders — chosen in a fair vote by the electorate — become the target of a legal system weaponized against them on a consistent basis. The case of Kurz is especially concerning due to the questionable leaks, the lack of criminal evidence, and the media’s lack of concern about prosecutorial misconduct when it benefits their ideological viewpoint.