Macron is stealing Europe from Merkel 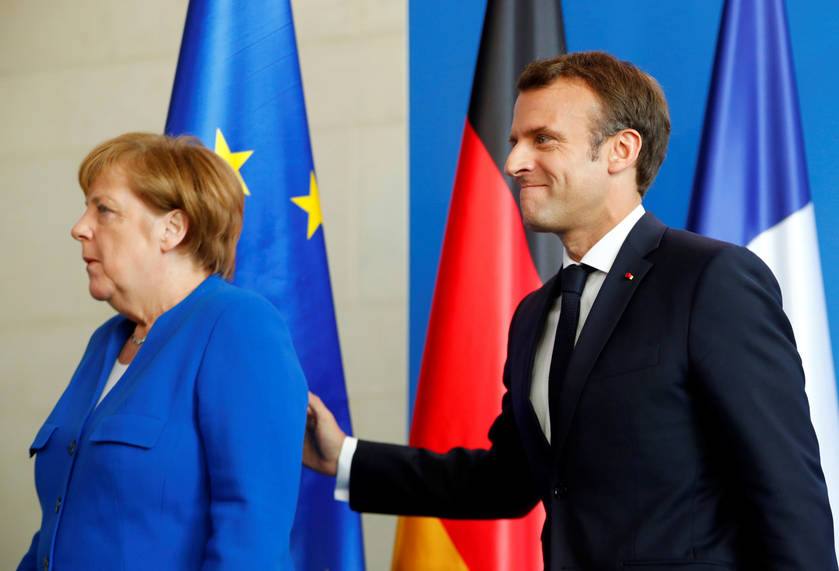 French President Emmanuel Macron is trying to take the weakness of his allies and turn it to his own benefit, but there are real challenges to his strategy.

He recently surprised diplomatic circles in China after he met his hosts under EU symbols and spoke poignantly about European goals and interests.

The reason for these Chinese diplomats’ consternation? Macron has neither the position nor the mandate to speak about overall European interests.

He recently created waves after calling NATO ‘brain dead’, a critical alliance that has lasted decades. France is about fond of NATO as the United Kingdom is of the European Union. In a Sunday article, German Foreign Minister Heiko Maas retorted that Europe will need NATO long after it has developed the capacity to defend itself.

The London-based international think-tank, Chatham House, wrote in a recent analysis that with the United Kingdom occupied with Brexit, Germany in the middle of a protracted succession dispute, and U.S. foreign policy being as unpredictable as it is, France and Macron are seizing the opportunity. After all, France is the only major power in the region with a clear set of goals and ambitions.

Many found it worrying that this June, France allowed Russia to return to the Council of Europe and in a move to re-establish an “architecture of trust and security”, wants Russia to rejoin the G7 as well.

Speaking to the New York Times, German Christian-Democrat politician and member of the German parliament’s foreign affairs committee, Norbert Röttgen, said that his country was losing its European influence.

Germany’s foreign minister is undoubtedly a variable in that equation while the German chancellor knows everything but does nothing.

Political analyst Bence Cseke told Magyar Nemzet that France is making an attempt to regain a leading role in Europe to which it believes to has the historic right. The fact that France’s opposition of the EU’s Balkans enlargement was successful despite German misgivings shows that Macron’s assessment of the situation was correct.

The analyst added that French foreign policy remains fickle, its European goals are loosely defined, and its climate and migration policies are somewhat inconsistent.

The question is now whether France can capitalize on its position or whether its ambitious goal of becoming the leading power of Europe will be a dramatic case of overreach.