150,000 immigrants entered the EU illegally in 2018. It was the lowest number in five years. However, migration policy is still shaping Europe and migration will most likely affect the upcoming European elections. 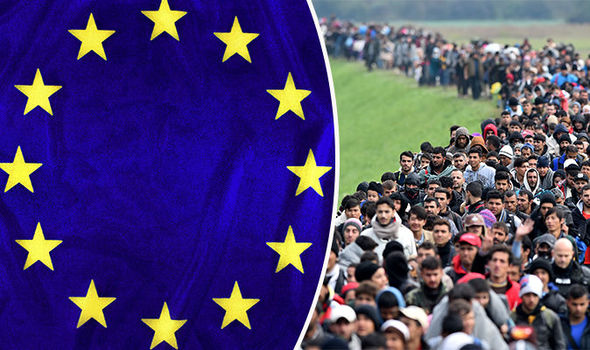 The EU has been trying, so far unsuccessfully, to introduce a common migration policy since 2015, when more than a million immigrants mostly from the Middle East and Africa entered the EU. The migration wave in 2015 has triggered debates about mandatory, and later on voluntary, migrant quotas. Both options were rejected particularly by the Visegrad countries, later also by Italy among others, after experiencing an influx of migrants.

Toothless Brussels policy only gave strength to nationalist parties in many European countries including the Czech Republic. Now, the nationalist politicians are preparing their forces for the battle over the European Parliament. Matteo Salvini recently discussed a new Eurosceptical alliance in Warsaw, paving the way for Italy and Poland to join their forces. According to Salvini, Europe should get back to its roots, it needs less bureaucracy and more family values.

Viktor Orban called upon Hungarians to reject globalization and support patriotism in the upcoming elections. He believes that those who are in power in Brussels seek to replace an alliance of the free nations with a European empire and claims that allies of the empire are also proponents of migration and multiculturalism, thus they purposely don’t defend Europeans against hordes of migrants.

Overall, migration is still a hot topic in Europe. In Germany, for example, the Bundestag extended a list of safe countries, to which it is easier to return migrants. MEPs continue to discuss migration as well. They called on European leaders to proceed with the asylum and migration policy reform, while far-right politicians and populists see closed borders as the only option.

That said, the current balance of power in the EP could change. Either way, it looks like the Christian Democrats and the Socialists are going to lose majority.

Meanwhile in the Czech Republic, parties finish with their candidates’ lists. Criticism towards the EU will be certainly included in campaigns.