The monument will be an opportunity for German elites to rethink their approach of white-washing German soldiers from the Third Reich era, writes head of the foreign desk of Rzeczpospolita daily, Jerzy Haszczyński 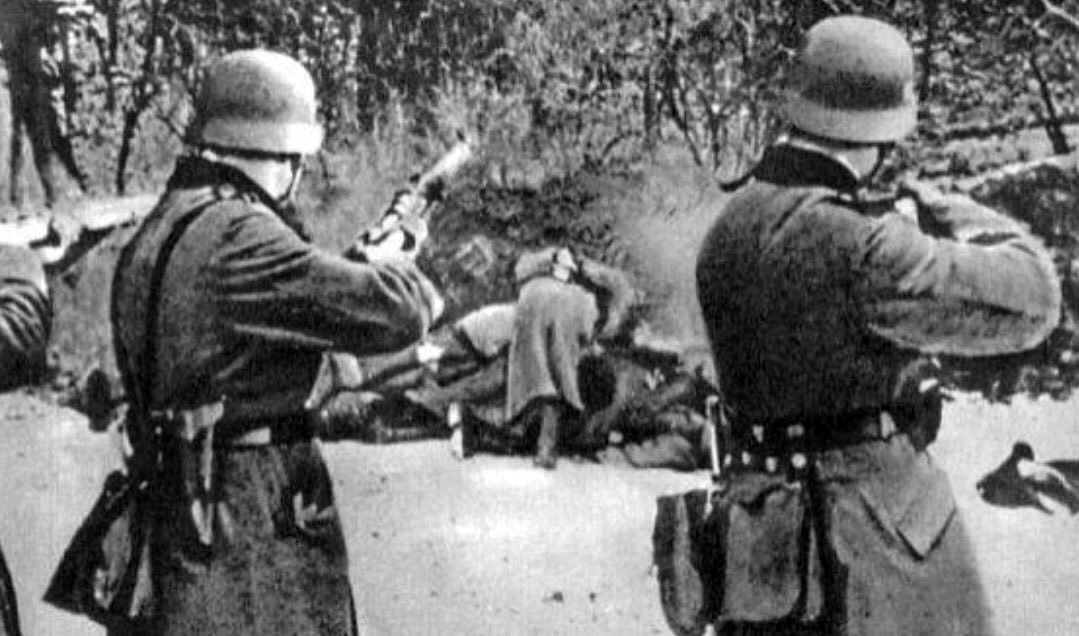 Now, nothing is standing in the way of building a memorial to Polish victims of German crimes during the Second World War.

“We call the government to create an exposed place in Berlin dedicated to the Polish victims of the Second World War and the national-socialist occupation of Poland,” reads a Bundestag bill put forward by both government coalition parties in Germany — the Christian Democratic Union (CDU) and Social Democratic Part (SPD). The Greens and liberals also intend to support the bill.

A parliamentary debate will be held on Friday, and the result is easy to foresee. This means that in the near future a serious project of the so-called Polish Statue (Polendenkmal) will be created. A place has already been chosen — the Askanicher Square with the remains of rail station Alnhalter Bahnhof in Berlin. In this spot, on the 80th anniversary of the German invasion of Poland, the Speaker of the Bundestag Wolfgang Schauble met with Polish Speaker of the Sejm Elżbieta Witek.

The monument is meant to preserve the memory of events whose witnesses are nearly all gone. Simply put, the debate in Germany took too long. The devil was and still is in the details of whether Polish victims “deserve” — an awful word but this is what it comes down to — a distinction among German victims.

For many years we observed with surprise how “Germans “disappeared from the global narrative about the crimes of the Third Reich — how they disappeared from Hollywood movies, the press and academia — and were replaced by Nazis.

At the same time, in difficult moments such as the Holocaust law crisis or Russia’s attempts to blame Poland for the outbreak of the Second World War, important Germany politicians were able to tell Polish audiences: Yes, we Germans are responsible.

It would seem that these assurances might have a ritual character. Proof of this can be found in an interview conducted with the new German Ambassador to Poland Arndt Freytag von Loringhoven.

The ambassador’s father was an aide to the chief of the German general staff and spent the last days of the war in a bunker with Adolf Hitler. The ambassador claimed that his father “did not support Nazism” and that he was a patriot who believed that “his duty was to fight for his country.”

These words had been thought over and were not thrown out at random. If a representative of German elites, a diplomat and former intelligence officer, did not hesitate to say such words, that means that German elites believe them to be ordinary.

You were able to sit in a bunker with Hitler and not be a Nazi. Who committed all the crimes then? Not Germans, right? Not even those who hung around with the Fuehrer.

Twenty years ago, the sociologists from the University of Hannover published a report concerning what the youngest German generation knew about the Third Reich. The report was summarized with the title “My grandpa wasn’t a Nazi.” Following that, the idea that Germans had made-up for their past with other nations began to dominate German historic policy.

The knowledge concerning crimes committed in Poland is weak, however. The MPs who want to erect the monument for Polish victims mentioned “insufficiently developed consciousness concerning the particular character of the German occupation regime which exterminated the Polish population between 1939 and 1945.”

They weren’t able to convince even 40 percent of MPs to build the monument on the 80th anniversary of the Second World War.

Now things might be different. This is an opportunity for Germany in particular. The conviction that everything has been understood and made-up for was wrong. Its consequence was the increasingly open questioning of German crimes. The elites are accusing the German far-right for this especially, which is why they are isolated.

It would be good, while looking at that statue, for the elites to consider whether the stories about patriots who had nothing to do with Nazism are not distorting the picture of Third Reich and what impact that could have on future generations.