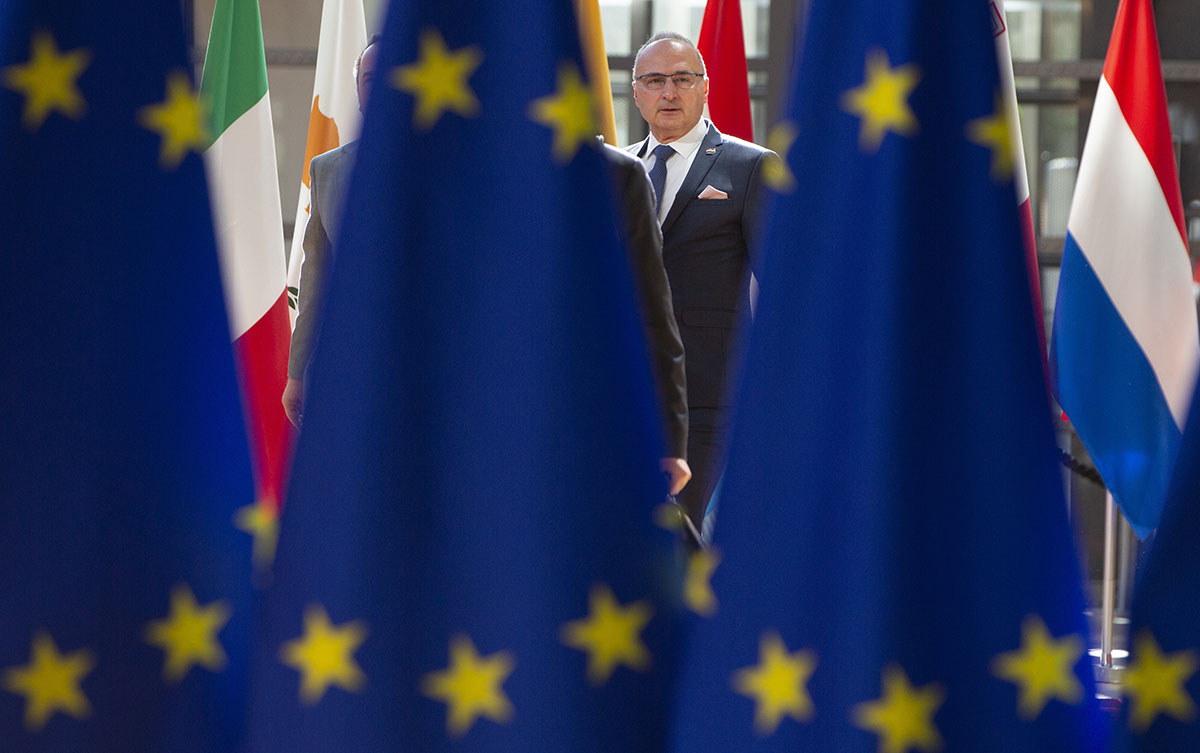 A recent article in one of Croatia’s conservative newspapers commented on the idea of associating the access of member states to EU funds with the rule of law. This idea has once again become the hot topic a day before the debate concerning the division of EU funds to combat the coronavirus crisis.

Some Croatian commentators clearly point out that combining funds with the political evaluation of rule of law concerns Poland and Hungary in particular. Pro-Brussels commentators are not even trying to hide this fact. According to them, those two countries have shown incompatibility with the “rule of law”, whatever that term actually means.

The aforementioned article in particular underlines, that the “caring” Brussels is concerned with something more than current conflicts in the judiciary. The idea to introduce this rule of law mechanism has one purpose: to control those who see the future of their countries differently to the European Left-Liberal mainstream.

Poland has an issue with Brussels today, because it wants to build its own judiciary and that means that in the near future, everyone in Central Europe could find themselves on the frontline for many other reasons.

As we can see, the term “rule of law” is very fluid, much like the other famous one – “European values”.

This is why permitting a situation in which a political condition for receiving EU funding exists will lead to the loss of independence and one’s political voice.

Given this context, some write about Central Europe as “vampires” which only takes funds from the EU and gives nothing back. They seem to ignore the fact that Hungarian FM Peter Szijjarto pointed out that 70 percent of EU funds are returned from Central Europe back to the West through the income of Western companies in our markets.

Just two days ago, the Hungarian parliament passed a declaration which entails that the government may only accept such a solution concerning EU funds, which is not associated with any political or ideological conditions.

This is further proof that this whole issue is about the tough fight led by Warsaw and Budapest in Central Europe in the name of our whole region.