The Green Order is a major step, for sure…but for good or ill? 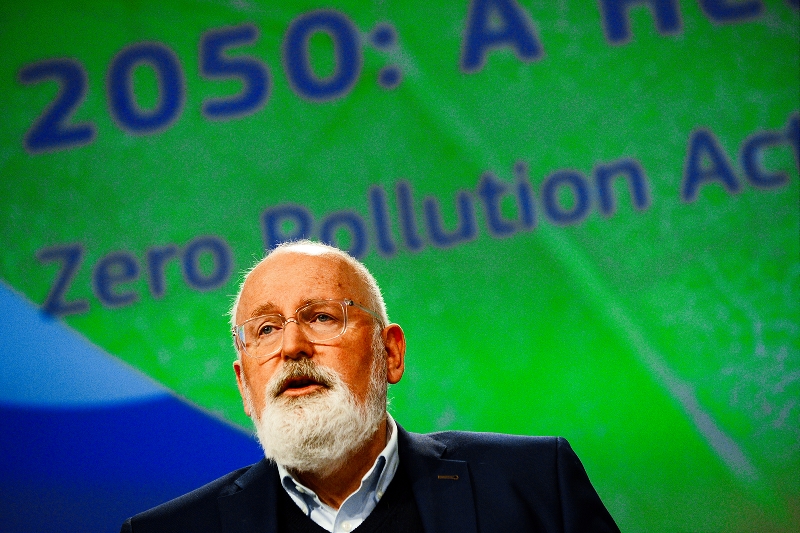 European Commissioner for European Green Deal Frans Timmermans speaks during a media conference on the EU Action Plan towards zero pollution for air, water and soil at EU headquarters in Brussels, Wednesday, May 12, 2021. (Johanna Geron, Pool via AP)

The new Green Order in Europe is swiftly approaching. And, in this day and age, it is crucial to remember that the challenge which European societies face has a dual character.

On the one hand, we’re facing climate change. On the other, we have climate policies leading to huge social and political changes. How do we manage both challenges at the same time?

The European Commission is entering the decisive stage of work over Green Order projects which will allow for the quick achievement of climate neutrality in Europe. Ideas and declarations are being forged into actions.

Consequently, many current forms of industrial and agricultural production must change.

Electromobility is intended to completely replace traditional means of transportation, and in a dozen years the production of combustion vehicles is projected to vanish from Europe.

Renewable energy sources, mainly hydrogen fuel, is the great hope. Carbon taxes on the EU’s borders are meant to prevent the transfer of emission production outside of Europe and will also reshape trade relations between the EU and the rest of the world.

The list of fundamental changes which await us is long.

The European Commission is approaching this revolution in accordance with its technocratic DNA – as a great infrastructural modernization project to be managed from above and which will ensure a better life for us all.

But of course the issue is much more complicated than that.

The reality is that the Green Order is yet another industrial management revolution. Just like the ones from the late 19th and early 20th centuries, the current revolution will bring about social and political consequences which are difficult to estimate. Its true dimension goes beyond the technocratic and into the social and political spheres. The commission’s ambitious projects, intended to revolutionize life in Europe, will soon be subject to political negotiations between governments. Most likely, many radical goals will be adapted to the real abilities and interests of states.

Ultimately, this grand project will undergo actual verification as to the ability of societies to adapt to completely new living conditions.

The positive outcome scenario of the Green Order entails a great leap forward for technology and civilization which will yield strong integration potential for Europe.

Yet there is another possible scenario: a technological revolution which will lead to long-term conflicts on a scale impossible to contain.