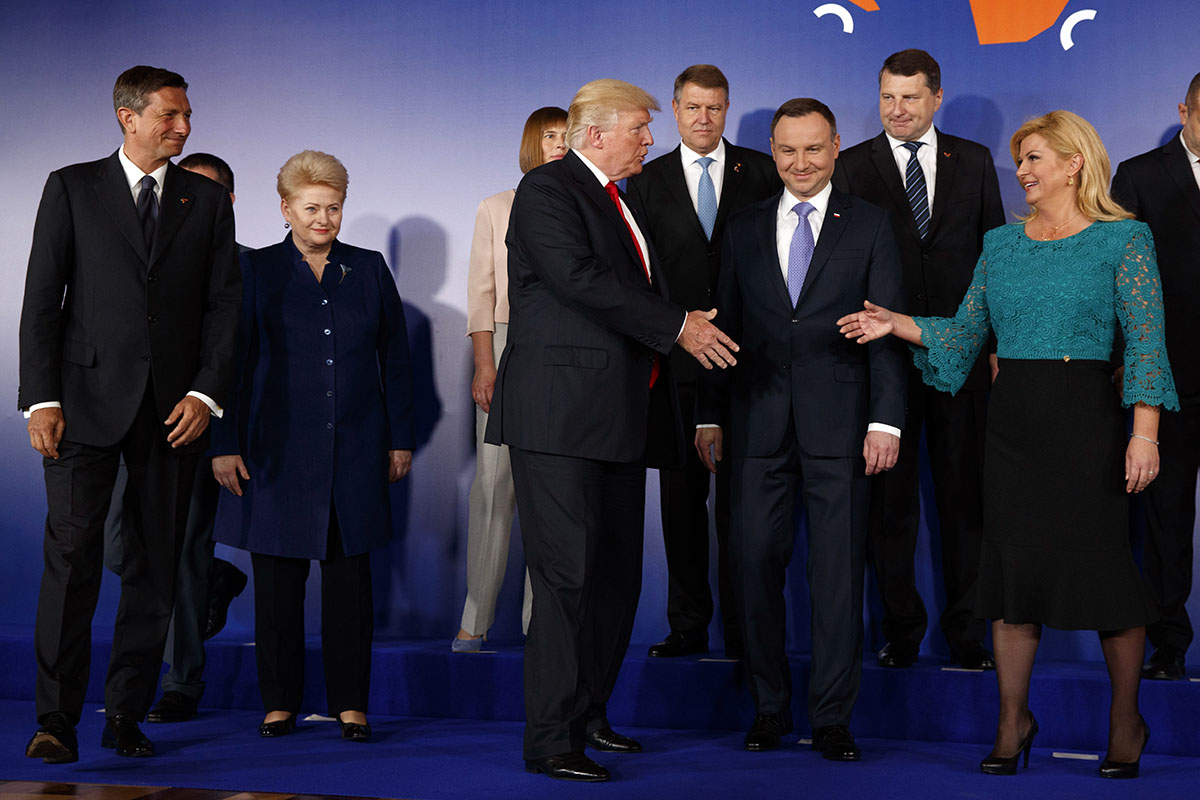 The states comprising the Three Seas Initiative, which includes Poland, have received a total of €376 billion during the recent budget negotiations in Brussels, which accounts 36 percent of all the funds distributed within the EU.

Due to these funds requiring countries to contribute their own domestic funds, which often must reach 50 percent of the cost of an investment initiative, the Three Seas will end up spending about €800 billion on development projects.

The majority of these projects will entail road, railway, maritime and energy infrastructure, as well as developing the digital economy, and one must hope that these investments will be undertaken as part of the Three Seas.

Infrastructure will not only be built on a West-East axis, but also a North-South one.

As a reminder, the Three Seas is an economic initiative comprised of 12 Central European states located between the Baltic, Black and Adriatic Seas. Their combined territory is 27 percent of the EU’s with a population of 112 million people (22 percent of the total EU population) and a €1.6 trillion GDP (10% of the EU’s GDP).

The Three Seas Initiative’s first summit was held in Croatia  in August 2016 and was established by Croatian president Kolinda Grabar-Kitarovic and Polish president Andrzej Duda. It was during this summit, that a declaration outlining common goals in gas energy, transport (Via Carpatia), digital communication was accepted.

In 2017, another summit was held, at which U.S. President Donald Trump was a guest of honor and supported the project. In 2019, the Polish bank of national economy alongside the Romanian EximBank signed the establishment act of the Three Seas Investment Fund. The fund is meant to focus on financing transport, digital and energy infrastructure projects.

The flagship project of the fund is the Via Carpatia – a road route connecting Klaipeda in Lithuania with Thessaloniki in Greece. Other investments include the development of a railway infrastructure between Three Seas countries.

For some of the member states, the construction of proper energy connections will be the most important. Poland and Croatia especially want to connect two of their gas ports and develop a distribution network in the entire region. Many other countries want to gain independence of Russian gas transmissions.

As a sign of support for the Three Seas from the U.S., at the annual Munich Security Conference in February 2020, U.S. Secretary of State Mike Pompeo announced that the U.S. will devote $1 billion for private infrastructure investments as part of the Three Seas.

Although the sum itself is not staggering these days, it is a strong signal sent by America for potential investors.