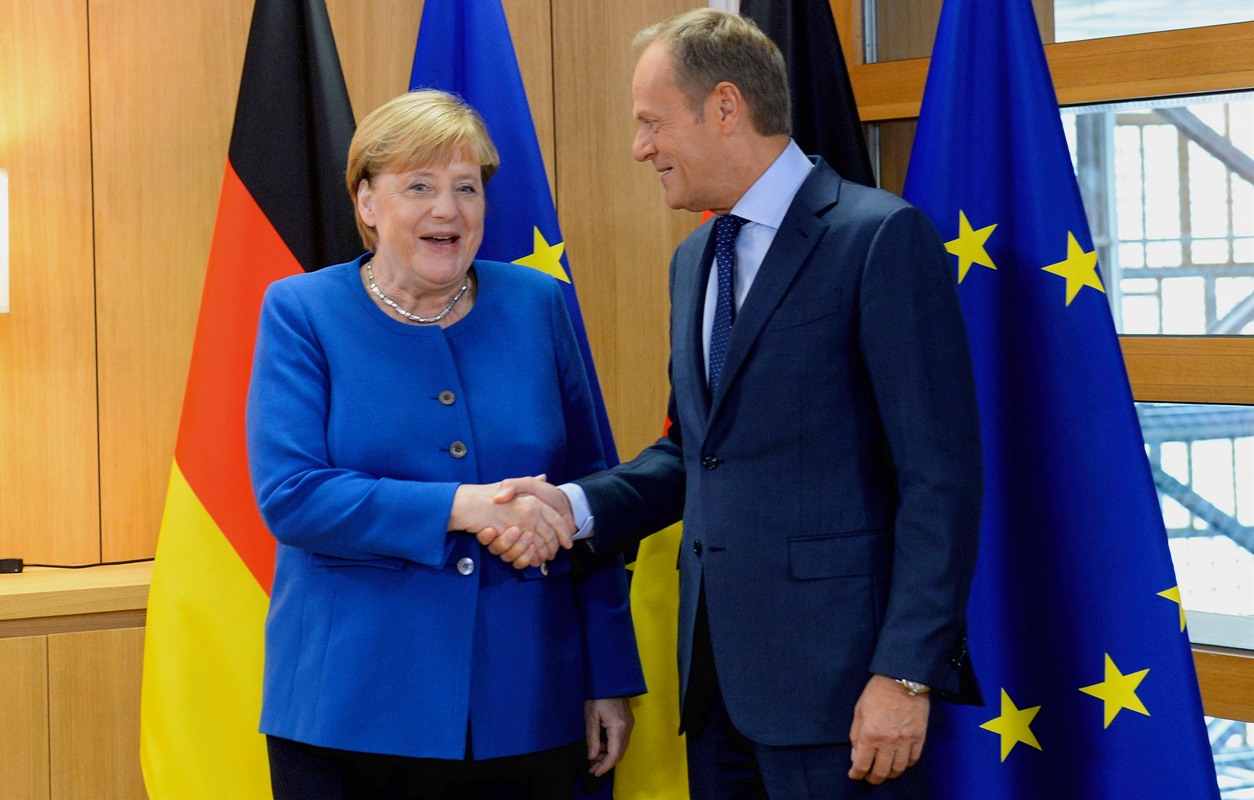 Donald Tusk, the European People’s Party leader and former president of the European Council, spoke at the German Christian Democratic Union (CDU) party congress on the weekend. His speech was broadcast to the delegates just before the leadership poll which saw Armin Laschet elected as the new CDU leader.

Laschet won against stiff opposition from Friedrich Merz and Norbert Roettgen. He probably owes his victory to the fact that Angela Merkel supported his candidacy.

Tusk’s address was made in German from the city of Gdańsk. Its tone has been widely described in the Polish press as one of homage being paid to Merkel.

He told the CDU delegates that thanks to the CDU, the struggle for “freedom, transparency, truth and against lies, corruption, populism and authoritarianism” was possible. He also said that CDU rule turned out to be a “blessing” for the whole of Europe, including Poland.

He added that “European unity had a future thanks to the CDU’s determination, patience and decency.”

Many comments within the Polish press evaluated Tusk’s speech negatively.

Some commentators said that while it is possible to praise and support someone, there are boundaries that should not be crossed. A good example of how the speech should have been delivered came from Austrian Chancellor Sebastian Kurz, who was able to avoid succumbing to eulogizing of the CDU.

Tusk’s remarks on Germany are particularly galling given the fact how Germany has behaved regarding the Nord Stream 2 pipeline project, breaking EU energy solidarity by their dealings with Russia, and acting against Europe’s main military ally the United States. The Germans even set up an environmental foundation to provide cover for the pipeline project by claiming it meets environmental standards in order to avoid US sanctions.

Now, they are also breaching EU solidarity in the fight against the pandemic by buying an additional 30 million vaccination doses without coordinating with the European Commission. Yet, it was Germany, which heldo the rotating six-month presidency of the European Council last year, which insisted on a joint EU approach to purchasing vaccines. European solidarity flies out of the window when German national interests appear.

This is why Tusk’s homage to the CDU and Germany sounded so pathetic.