Only 19% of migrants ordered to leave the EU actually go home: report

In the last five years, only a fifth of people who were not entitled to reside in the EU have been returned to their countries of origin 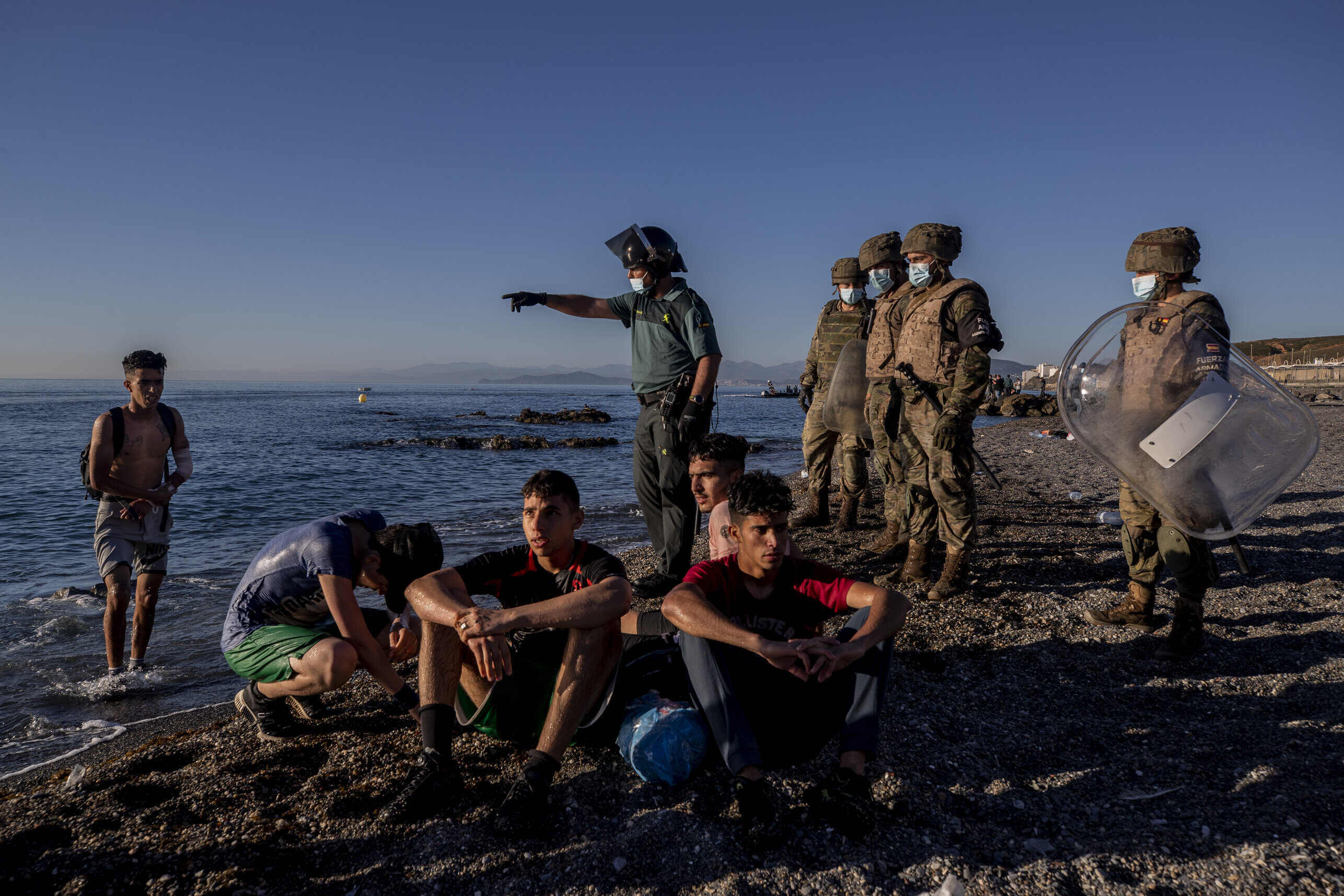 FILE - In this May 19, 2021 file photo, migrants are surrounded by Spanish security forces on a beach after arriving at the Spanish enclave of Ceuta, near the border of Morocco and Spain. A group of at least 40 migrants has attempted to swim from Morocco into Ceuta, throwing stones at Spanish police. The attempt to reach European soil came as top Spanish officials wrestled Wednesday Aug. 25, 2021 with legal issues over what to do with hundreds of unaccompanied minors who got into Ceuta from Morocco three months ago. (AP Photo/Bernat Armangue, File)

The European Union has considerable shortcomings when it comes to cooperation with other countries on returning migrants residing illegally on its territory. The audit report published on Monday by the European Court of Auditors (ECA) noted that in the last five years, only a fifth of people who were not entitled to reside in the EU have been returned to their countries of origin.

According to the auditors, the Union can significantly improve both the negotiations with these countries and its coordination of return policy.

As the audit report stated, an average of half a million people a year are ordered to leave the EU countries which they entered illegally. However, only 20 percent of them will be able to return to their country of origin. This is mainly due to insufficient cooperation with the countries of North Africa, the Middle East, and other parts of Asia.

Although the Union is negotiating with several third countries and has already concluded agreements with some, the improvement during the assessment period 2015-2020 is negligible.

“The current EU return system is very inefficient and has the opposite effect than intended: it supports illegal migration instead of discouraging it,” said lead author Leo Brincat. Afghanistan, Syria, Morocco, Pakistan, Iraq, and Algeria are among the countries with the highest number of migrants residing illegally in the Union, which amount to tens of thousands a year.

Third countries do not want legally binding agreements with the EU

According to the Court of Auditors, many countries do not want to conclude a legally binding agreement with the European bloc as they do not meet some of its conditions. Legally non-binding arrangements that allow states to change their approach flexibly according to the situation are more successful.

For example, with Algeria and Morocco, negotiations on an agreement for the period under review have made virtually no progress, and relations with Afghanistan have become significantly more complicated since the summer’s radical Taliban movement came to power.

The ECA report also sees shortcomings in the use of incentives by which the EU can motivate third countries to improve cooperation. While it uses development aid payments directly, it could do more in terms of concluding trade agreements or offering opportunities for legal migration to Europe.

Since the wave of migration six years ago, the 27-nation bloc has been unsuccessfully trying to reform its dysfunctional migration and asylum system, which should also include improving the coordination of returns and their acceleration.

However, negotiations on last year’s European Commission proposal have practically not moved because of the fundamentally different approach of the member states.

Title image: In this May 19, 2021 file photo, migrants are surrounded by Spanish security forces on a beach after arriving at the Spanish enclave of Ceuta, near the border of Morocco and Spain. (AP Photo/Bernat Armangue, File)