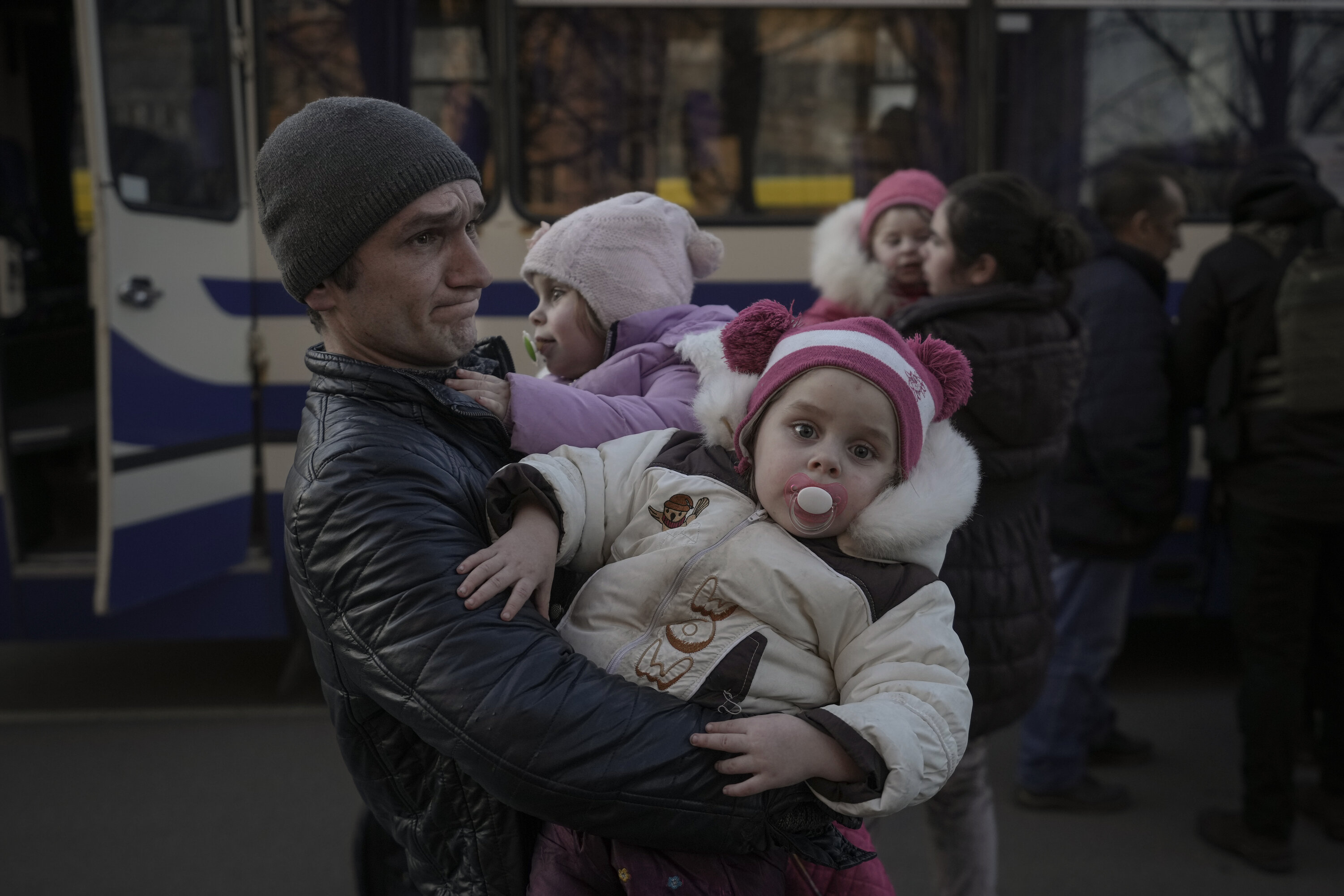 Refugees wait for Ukrainian police to check their papers and belongings in Brovary, Ukraine, Sunday, March 20, 2022, after 1600 people of which 843 children, according to authorities, were evacuated from the village of Bobrik, reportedly under Russian military control. (AP Photo/Vadim Ghirda)

An influx of Ukrainian refugees into the Czech labor market will aid the country’s economy, but it could also compress wages, Štěpán Křeček, the adviser to Prime Minister Petr Fiala has told Czech news outlet Echo24.

For several years, employment offices have been offering more places than registered jobseekers across Czechia. There are current 360,000 job vacancies with just 260,000 applicants. Sectors such as gastronomy, healthcare, industry, logistics, and IT have been most affected, however, the current conflict in Ukraine has the opportunity to rectify this with many skilled workers returning home.

So far, an estimated 270,000 people have come to Czechia, with more refugees expected to arrive in the longer term.

“Thanks to the arrival of the Ukrainians, positions can be filled in which the Czechs no longer want to work. If we manage the integration of the Ukrainians, it will ultimately help our economy,” Štěpán Křeček told the news outlet.

According to Křeček, employers welcome the arrival of a new workforce, however, current employees will face tougher competition and may perceive the opposite. Businesses are currently needing to satisfy the requirements of prospective employees, however, a redress of the balance of power could see working conditions and wage growth stall.

“Low unemployment has pushed up wage growth. It could slow down now,” Křeček warned.

“In the long run, however, there will be an influx of people who will need to be involved in the work process. The time will soon come when there will be an urgent need to retrain the incoming workforce from Ukraine so that Czech companies can offer them a job,” added Radovan Hauk, a partner at economic consultancy group Moore.

According to Hauk, the state should use all available tools to help prospective employees and private businesses should commence retraining programs immediately.

The state has already come up with some measures. For example, the Chamber of Deputies approved that people from Ukraine can work without a work permit. If approved by the Czech Senate, the measure would last until at least March 31, 2023.