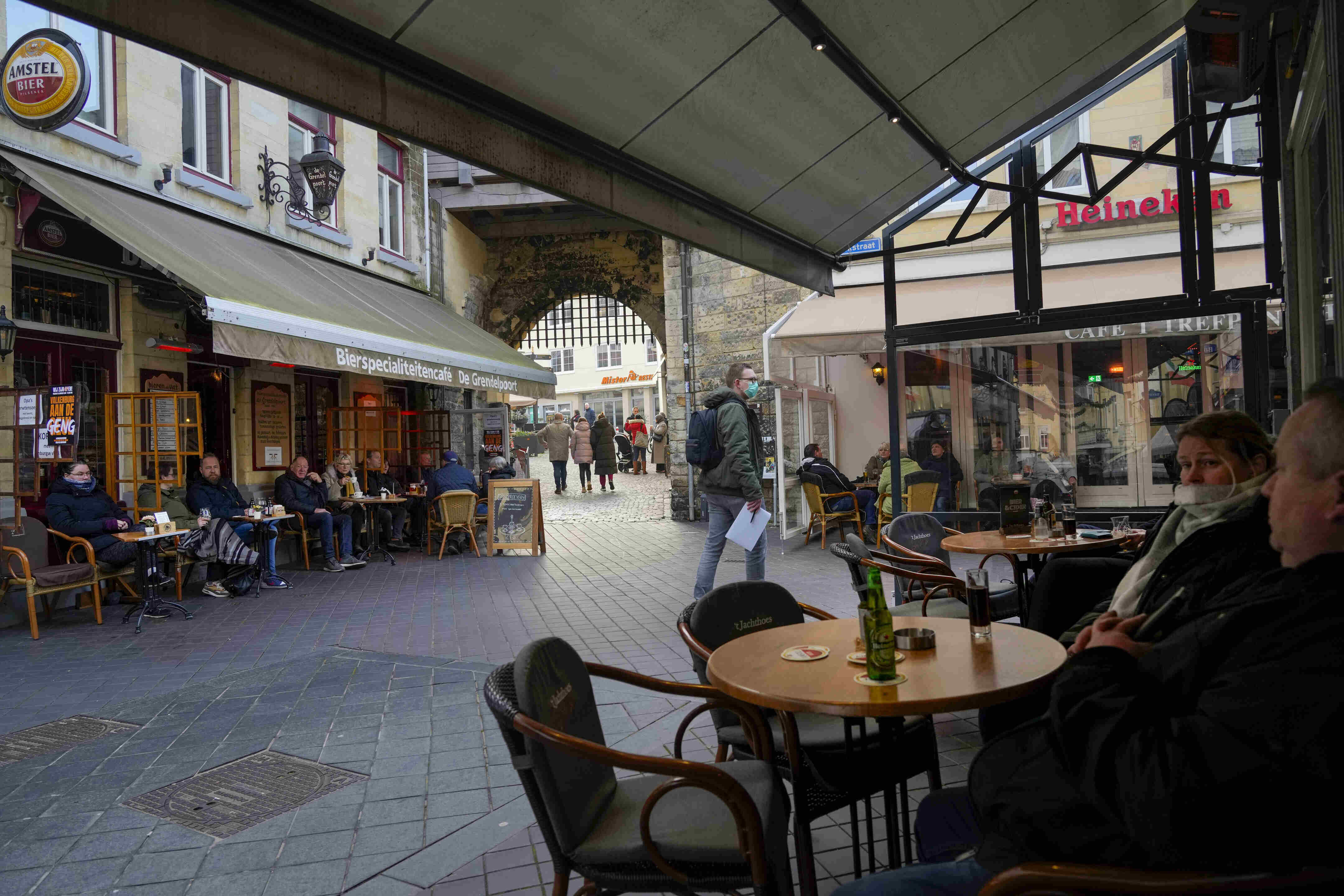 People enjoy the reopening of bars in Valkenburg, southern Netherlands, Friday, Jan. 14, 2022, where shops, bars and restaurants opened in a protest action that underscored growing anger at weeks of coronavirus lockdown measures, a day before some of the restrictions are expected to be eased. (AP Photo/Peter Dejong)

Due to the omicron variant, the number of new cases of Covid-19 in Europe is still rising. However, some countries are already beginning to loosen measures, with the image of the end of the pandemic on sight. England was the first to decide on easing restrictions. Ireland and, more recently, France are preparing to do so as well, albeit only for the vaccinated.

The Czech government has not yet set any specific goal that should be met in order to loosen Covid-19  measures. Last week, Health Minister Vlastimil Válek only estimated that the current system of testing should last until the end of February. Further measures are to be decided as soon as the epidemic caused by the omicron variant begins to decline.

According to Válek, a long-term plan is being worked out. He said earlier that coronavirus could be treated like the flu, including regular vaccinations before the expected seasonal wave.

France will gradually relax its coronavirus measures in February. The country decided to do so as the epidemic situation began to improve.

However, the planned easing of restrictions will only apply to those vaccinated or those who have recently had Covid-19. If the epidemiological situation develops well, the French authorities are ready to relax the measures for everyone, the France24 news outlet reported.

The epidemic in England already peaked

Last Wednesday, the British government decided to repeal almost all remaining coronavirus measures in England. The British Prime Minister Boris Johnson confirmed that from Jan. 27, English residents would no longer have to wear face masks or work from home.

Measures in the rest of the United Kingdom, namely Scotland, Northern Ireland, and Wales are set by devolved governments, but Northern Ireland is already preparing to follow suit by easing restrictions.

Ireland chose to lift almost all existing restrictions on Jan. 22. Once again, pubs and restaurants could fully open, and their visitors no longer had to prove vaccinations or maintain social distancing. At least until the end of February, however, the obligation to wear face masks on public transport and in shops will remain in force.

Denmark will cancel everything by the end of the month

Two weeks ago, Denmark relaxed a month-long closure and allowed cinemas, museums, and concert halls to reopen. However, some rules have been maintained, including, for example, shorter restaurant opening hours and the mandatory wearing of face masks.

Germany is not easing measures yet

In Germany, where, as in Czechia, the number of infected people is growing constantly, loosening measures is not on the agenda. Today, German MPs will debate the first proposal for compulsory vaccination, of which Chancellor Olaf Scholz is a supporter.

WHO: The acute phase could end this year

On Monday, the head of the World Health Organization Tedros Adhanom Ghebreyesus announced that with the best efforts of the international community, the acute phase of the coronavirus pandemic could end this year. At the same time, however, he warned against hasty optimism.

“It would be dangerous to assume that omicron was the last variant and that we were already in the final stages,” he said, according to the DPA.