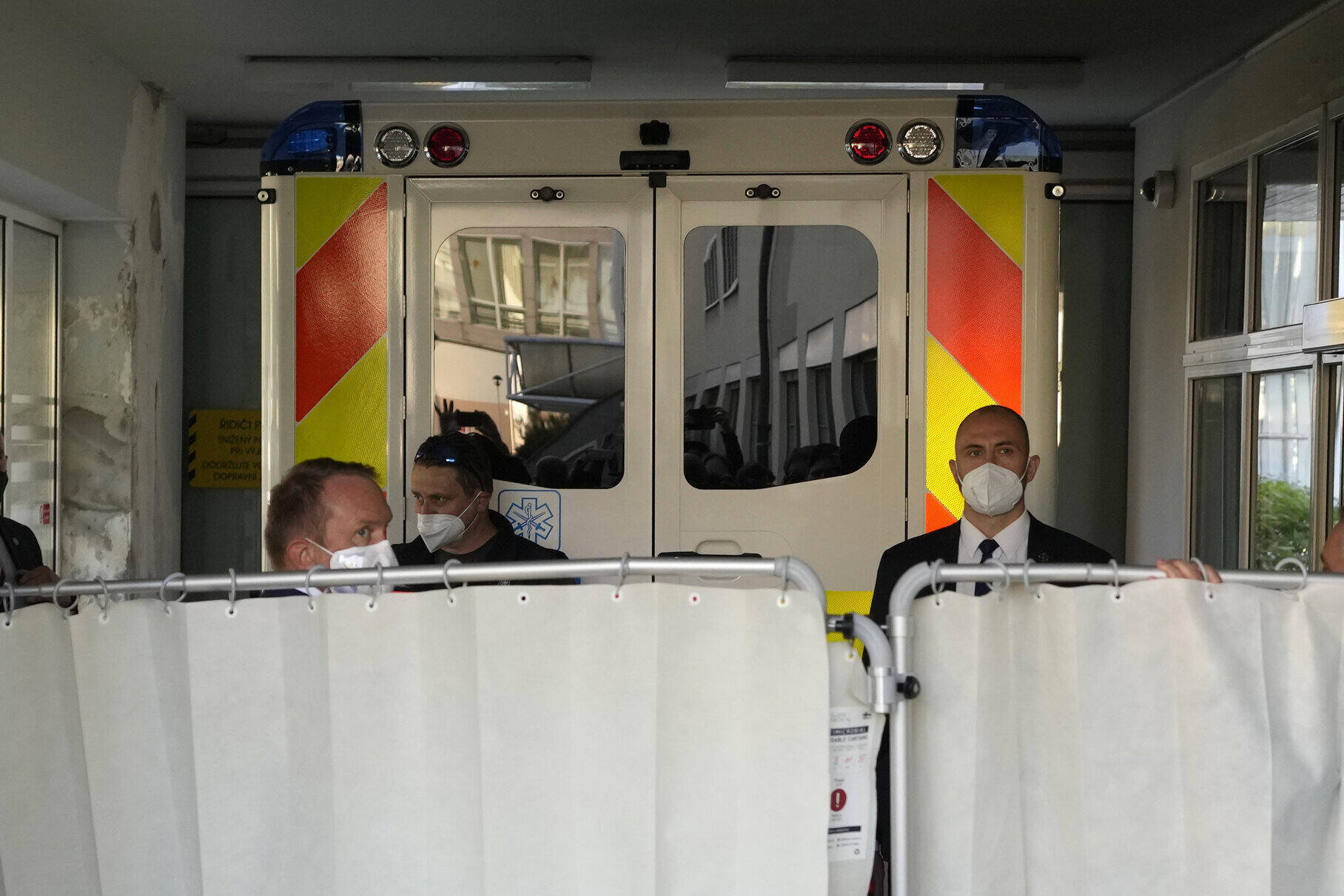 An ambulance carrying Czech Republic's President Milos Zeman arrives at the Military hospital in Prague, Czech Republic, Sunday, Oct. 10, 2021. Zeman is a heavy smoker who has suffered from diabetes and neuropathy linked to it. He has trouble walking and has been using a wheelchair. (AP Photo/Petr David Josek)

On Sunday afternoon, Czech President Miloš Zeman was transported to the Central Military Hospital (ÚVN) in Prague. The reason for the hospitalization is the complications related to a chronic illness, Zeman’s attending physician and hospital director Miroslav Zavoral told the media. According to Zavoral, Zeman is in the intensive care unit. President’s spokesman Jiří Ovčáček said that the hospitalization would not endanger post-election negotiations.

“Shortly after 1 p.m., we hospitalized the President of the Republic Miloš Zeman on my recommendation. The reason for the hospitalization is the complications that accompany his chronic illness for which he is being treated. At the moment, the patient is hospitalized in the intensive care unit of the ÚVN and is in the care of experts,“ said Zavoral. He did not specify the exact diagnosis of the president to the media, as he does not have his consent to do so.

Zeman spent eight nights at the ÚVN back in September. At the time, the official report stated that the president suffered from dehydration and mild exhaustion but that no above-limit values were found for diabetes. Leg neuropathy, which causes the president to move in a wheelchair, persists.

PM Babiš met with Zeman shortly before the ambulance arrived

The ambulance left the Lány chateau shortly after the departure of Prime Minister Andrej Babiš, who met with Zeman an hour before noon. The ambulance described as the “mobile intensive care unit of the Central Military Hospital” was accompanied by several vehicles of the protection service. Around 12:45, the ambulance with the president arrived at the acute reception of the Central Hospital. With the assistance of paramedics, the president was received at the hospital.

The health status of the president is also closely monitored due to the important role that the head of state plays in the formation of the new government. According to President’s Office, the president has been ill for the last two weeks, voting in the parliamentary elections in Lány.

Jiří Ovčáček said that the president now needs peace for treatment, the course and duration of which will be decided by doctors. He called on the media to show patience about the information. He also thanked all those who wished Zeman healing.

“Mr. President now needs peace of mind for the treatment. Its course and duration will be decided by doctors. During his stay in the hospital, Mr. President will be provided with an information service, including media monitoring, which he requested daily,” Ovčáček stated. “But the most important thing is health, so I seriously ask the editors to be patient and not request information every hour or every day,” the spokesman added.

“It must be emphasized, however, that the current hospitalization of the President does not endanger the post-election negotiations and the constitutional situation,” the spokesman noted.

Many journalists and photojournalists were waiting for the ambulance to arrive at the hospital in the afternoon. However, the hospital staff surrounded the ambulance with screens upon arrival. Nevertheless, some media outlets have captured the president in a state of helplessness. “Mr. President fell asleep during the transport, it is not about anything else. He was not unconscious,” the President’s chancellor Vratislav Mynář explained. 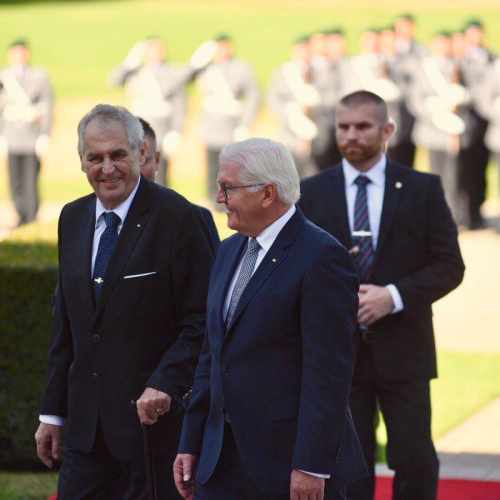