The two opposition coalitions signed a memorandum, declaring to work on creating government together 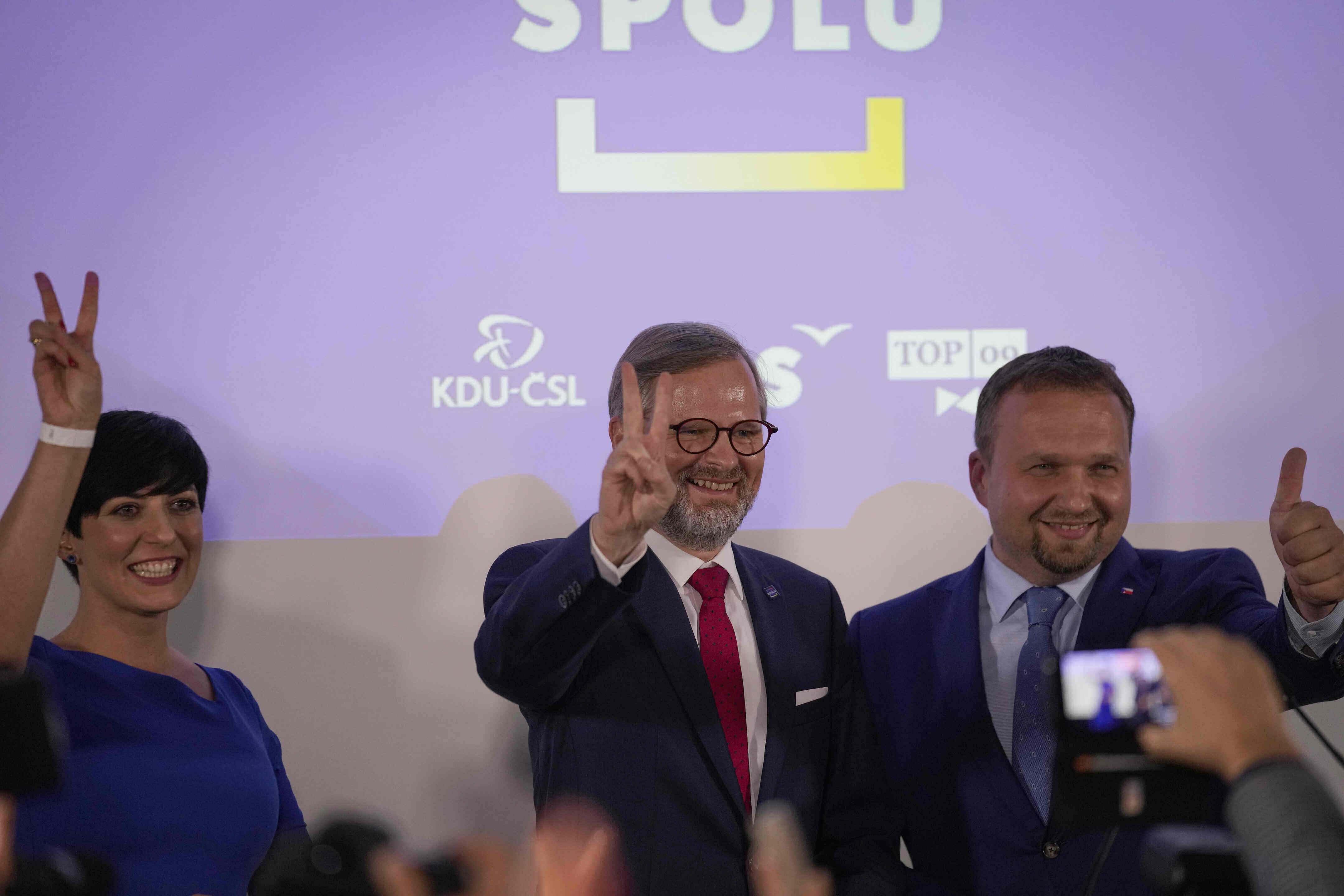 Leader of center-right Spolu (Together) coalition Petr Fiala, centre, flashes the V sign as he reacts at the party's election headquarters after the country's parliamentary election, Prague, Czech Republic, Saturday, Oct. 9, 2021. The center-right Together coalition was capturing 23.9% of the votes while the center-left coalition of the Pirate Party and STAN, a group of mayors and independent candidates, were coming in third with 13.5% support. (AP Photo/Darko Bandic)

The winner of the Friday and Saturday elections to the Chamber of Deputies is the SPOLU (Together) coalition, which consists of Civic Democrats (ODS), TOP 09, and Christian Democrats (KDU-ČSL). Second place ended up being the ANO movement of Prime Minister Babiš, which gained only six-tenths of a percent of the vote less. The coalition of Pirates and Mayors and Independents (STAN), also called PirSTAN, placed third, followed by Tomio Okamura’s Freedom and Direct Democracy (SPD). On the other end of things, Social Democrats (ČSSD) and the Communists (KSČM) are out of the Chamber of Deputies, and the leaders of both parties have resigned.

The SPOLU coalition gained 27.7 percent, the ANO movement 27.1 percent, the so-called PirSTAN coalition 15.6 percent, and the SPD 9.5 percent of the vote. The two coalitions will put together an absolute majority of 108 seats in the Chamber of Deputies.

Due to the election system in the Czech Republic, though, the second ANO will have 72 seats, while the deputies of the SPOLU will take 71 seats. Overall, the SPOLU won in 8 regions, including Prague, while the ANO notched up victory in the remaining six.

More than a million people then supported entities that did not get in the lower house.

When the first results of the elections came through, the ANO movement led practically in all districts. Initially, it had more than 30 percent of the votes, but just before the end of the count, the ANO was surpassed by the winning SPOLU coalition.

Voter turnout after adding all the constituencies reached 65.43 percent, while in the elections four years ago, it was only 61 percent.

The Prime Minister and head of ANO, Andrej Babiš, congratulated the leader of SPOLU Petr Fiala on the victory. He described the election result of the ANO as great but did not expect his movement to lose.

Already on Sunday, Babiš met with President Zeman, but shortly after their meeting, the President was transported to the hospital again, and there is no information about the conclusions of their discussion.

The leader of the SPOLU, ODS leader Petr Fiala, was welcomed by a full hall upon his arrival at the headquarters of the coalition’s election camp.

“Both democratic coalitions have a majority in the Chamber and therefore have a chance to form a majority government. This is the change, we are the change, you are the change. Together, we have brought the Czech Republic a chance for a better future. These elections are a victory for decent and value politics,” said Fiala, thanking the voters.

The staff of the PirSTAN coalition, which ended up third, had conflicting emotions of joy and disappointment. The two coalitions will gain an absolute majority in the Chamber of Deputies, but at the same time, voters heavily used the opportunity to help Mayors and Independents on the joint candidate list with the Pirates. They circled mainly the Mayors candidates, and the Pirates will thus probably have only four deputies.

“Huge congratulations to the SPOLU coalition. We believe that it will keep its promise not to negotiate with the oligarch or extremists. We will not disappoint the trust of voters,” said STAN chairman Vít Rakušan about the results, noting that the PirSTAN coalition apparently failed to reach out to undecided voters during the final phase of the campaign.

On Saturday evening, the winning coalition negotiated with the PirSTAN, signing a memorandum on forming a joint government. They want President Miloš Zeman to entrust the leader of SPOLU, Petr Fiala, to create a government. For the time being, the five opposition parties do not intend to talk to anyone else about the future government.

Among the politicians, the most successful was Vít Rakušan, who received the most preferential votes from voters, over 60,000. Behind him was the head of TOP 09 Markéta Pekarová Adamová, with more than 48,000 votes, followed by Petr Fiala with 38,000 votes and Andrej Babiš with about 200 votes less than Fiala.

The election results led to the resignation of Jan Hamáček and Vojtěch Filip, the chairmen of Social Democrats and Communists. Both parties failed to reach the required 5 percent of the votes. While Social Democrats are part of the current government with the ANO, the Communists acted as silent support of the cabinet. 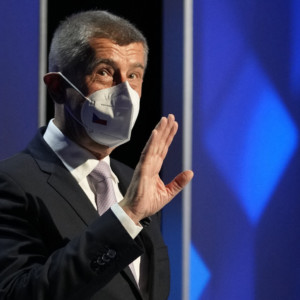