This is step two in Germany’s three-step emergency plan 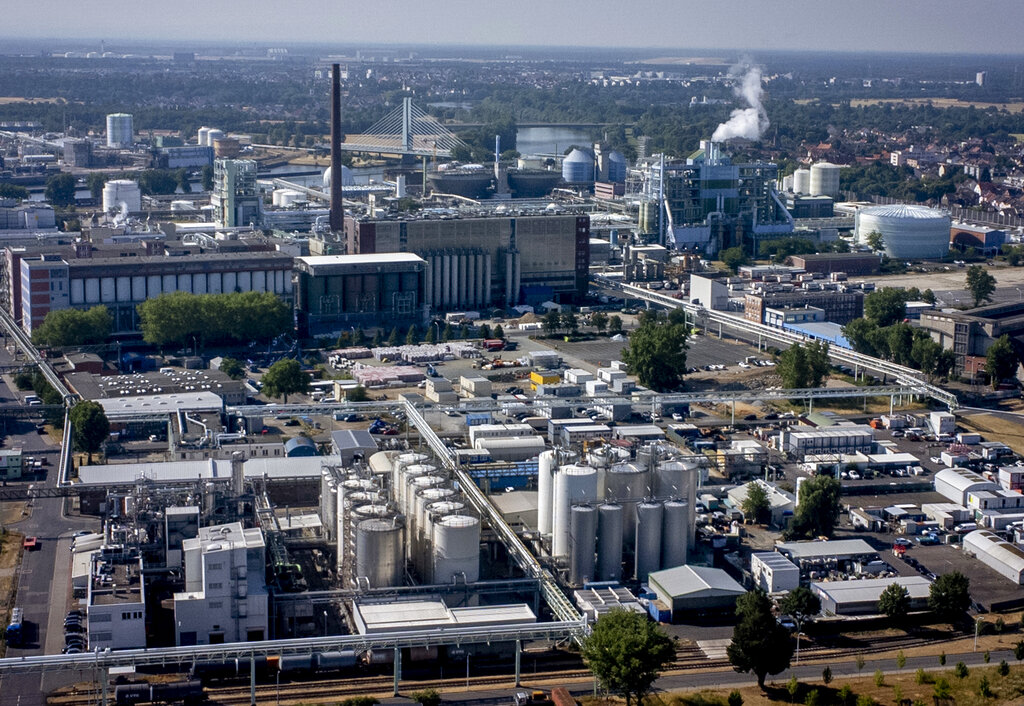 The Industrial Park of Hoechst is pictured in Frankfurt, Germany, Thursday, June 23, 2022. Germany activated the second phase of its three-stage emergency plan for natural gas supplies saying the country faces a “crisis” and warning that storage targets for the winter are at risk due to dwindling deliveries from Russia. (AP Photo/Michael Probst)

Germany triggered the “alarm stage” of its gas contingency plan on Thursday following a significant decrease in supply from Russian pipelines.

The latest pipeline had the permits for its operation delayed by the German energy regulator following Russia’s invasion of Ukraine, and Western sanctions on Russia have led to a European energy crisis.

Before the conflict, Russia’s Gazprom had already begun to gradually reduce its gas exports to Europe in excess of its contractual obligations, and replenished the German gas storage facilities it operates to a lower level than in previous years. Since then, market prices have been largely driven by expectations of a conflict between Russia and Germany.

With the war, the situation worsened. In March, Habeck said Germany was prepared to cut off Russian gas supplies, before the announcement of sanctions against Russia pushed gas prices to record highs. Russia has imposed new payment terms in order to evade sanctions and maintain its revenues.

Habeck said at a Berlin briefing that Russia is using energy as a weapon, and wants to push up prices and create divisions among countries that stand by Ukraine. Moscow then reduced its natural gas exports to Germany.

“The market is still capable of dealing with the disruption, supplies are still secured, but even if it doesn’t feel like it, we’re in a gas crisis,” the minister said, underlining that Russia had launched an economic attack on Germany.

“The onset of summer and the seemingly ongoing gas deliveries may lure Germans into a false sense of security, but it should be noted that the situation is serious; winter will not be postponed this year, so you need to save as much gas as possible for the heating season,” Habeck said.

“Natural gas has become a scarce resource, prices are already high, and we need to prepare for further increases,” he added.

In Germany, before Russia’s war against Ukraine, Russian imports accounted for 55 percent of natural gas consumption. The federal government is trying to ease this dependence, with the latest figures from late April showing that the share of Russian natural gas has decreased to 35 percent since the start of the war. The volume of Russian gas on the Ukraine-Slovakia-Czech Republic route has also dropped significantly, from 600 gigawatt hours to 200 gigawatt hours, according to data recorded at the Waidhaus metering station on the German-Czech border.