This was only the third visit of a pope to Hungary 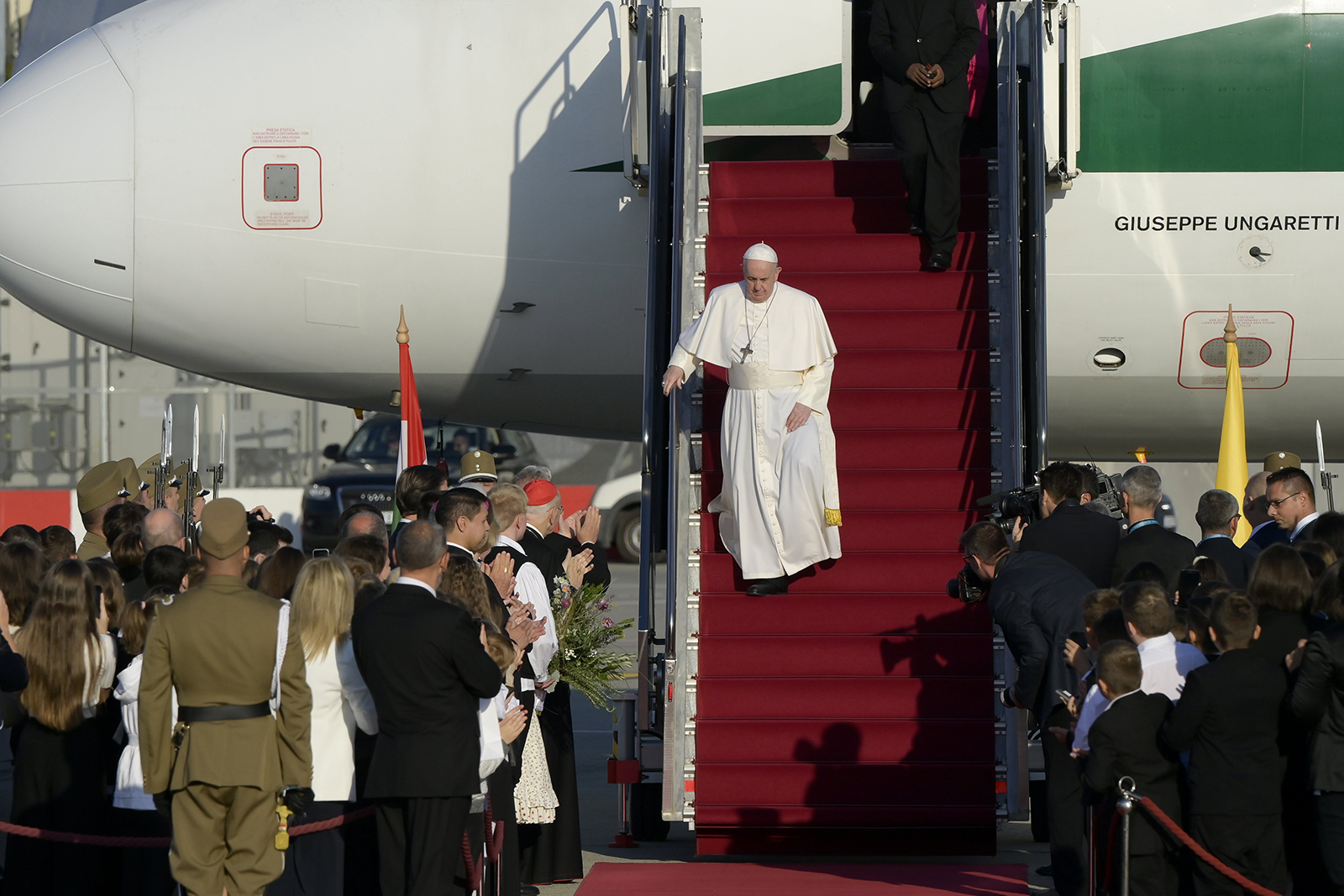 “When I once again express my gratitude to the state and religious leaders who have received me, I would like to say: thank you, people of Hungary,” the Pope said.

“The cross was a pillar of your hope for a thousand years, and even now, the sign of Christ must be the pledge of a better future. This is what I wish for you: to let the cross be the bridge between the past and the future,” he added.

“I asked Pope Francis to not let Hungary be lost”, Orbán posted after the meeting on Facebook.

Depending on how you count it, this was only the third or fourth visit of a Pope to Hungary. The first one was in 1052 to Pozsony (now Bratislava, Slovakia), when Leo IX mediated peace talks between Hungarian King András I and Holy Roman Emperor Henrik III. The subsequent two visits were those of Polish Pope, Saint John Paul II, in 1991 and 1996.

Several other cardinals who later ascended to the apostolic throne also visited Hungary, including Achille Ratti (the later Pope Pius XI), of whom historians noted that he first saw a tram in Budapest during his 1891 visit.

From Budapest, Pope Francis flew to Bratislava, Slovakia, for a three-day apostolic visit.