Brussels stumbles through yet another crisis

Although the Afghan crisis was created by the Americans, Europe will have to suffer most from its consequences, Magyar Hírlap columnist Mariann Őry writes 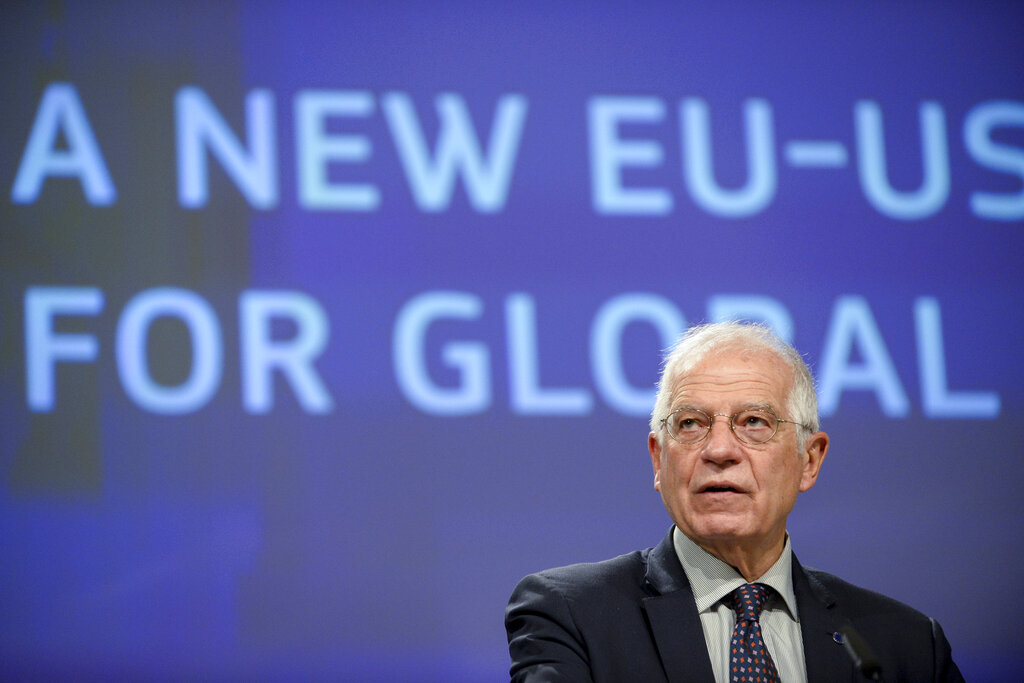 FILE - In this Dec. 2, 2020 file photo, European Union foreign policy chief Josep Borrell speaks during a media conference at EU headquarters in Brussels. When U.S. President Joe Biden took office early this year, Western allies were falling over themselves to welcome and praise him and hail a new era in trans-Atlantic cooperation. The collapse of Kabul certainly put a stop to that. Even some of his biggest fans are now churning out criticism. (Johanna Geron, Pool Photo via AP, File)

“The igniting of nationalism is the result of the EU’s policies… Nationalism never went away, and national identity never went away,” said George Friedman, a respected American geopolitical analyst who was actually born in Budapest as a child of Holocaust survivors, while speaking with Turkish TRT channel a few days ago. According to Friedman, the vision of the European Union is that a European identity will emerge, but he says this is impossible.

He noted that, among other things, the history and language of European nations are different, so it is inevitable that people will not like it when the EU’s central bodies make decisions that conflict with their interests and values.

The interview with the Turkish public news channel was covered by the British Daily Express in an article whose message could be politely described as the mass bankruptcy of the EU. The Daily Express article was largely occasioned by polls ahead of next year’s French presidential election, which found that right-wing Marine Le Pen’s candidacy poses a very real threat to Emmanuel Macron’s re-election bid.

The British newspaper — known for making jokes at the EU’s expense — reminded its readers (again) that Britain left the group just in time. The article’s malicious tone should be taken with a grain of salt, but it does not change the bottom line: there is something worth thinking about regarding how the European Union works. After the migration crisis, the coronavirus epidemic also showed that joint action and decision-making stalled at the worst time possible.

This is a very topical issue, simply because the continent is facing another migration crisis due to the situation in Afghanistan. As well-known British conservative publicist and author Douglas Murray warned last week, a great many people will appear at the border of Europe who claim to be Afghan, even though they are not. We have already experienced this in 2015, when the number of Syrians arriving without papers suddenly jumped. The Union then, Murray recalled, welcomed the asylum seekers with open arms, even though it did not have the means to discern who they really were. In his experience, things have not changed significantly since then.

In the current situation, moreover, the problem is amplified by the fact that many people in Western Europe feel that, because of their countries’ role in the events in Afghanistan, it is their moral duty to offer help to anyone who asks for it.

Conducting the withdrawal is primarily the result of American responsibility and Joe Biden’s erroneous assessment of the situation, but, as Friedman has repeatedly pointed out, geography is geography, and Europe, not America, is easier to access from Afghanistan and the surrounding region. It is Europe that will have to deal with this looming crisis.

Now that September and the new political season is here, it will soon be clear whether EU politicians returning from holiday have learned anything from the past. Even at the most critical moments of the coronavirus epidemic, we have seen that priorities are far from always correctly set by decision-makers in Brussels.

From the European People’s Party to the EU institutions, they found it more urgent to attack Hungary than to deal with any real issues. The left-liberal majority of the European Parliament even threatened the European Commission with a lawsuit if it does not enforce its rule of law requirements on Hungary. An ultimatum was given, and the deadline recently expired, so it is suspected that the gears will be set in motion.

Europe and Hungary can prepare for a “hot” autumn, and that means more severe attacks and attempts to intervene await Hungary than ever before even as Brussels stumbles into yet another crisis.

Title image: In this Dec. 2, 2020 file photo, European Union foreign policy chief Josep Borrell speaks during a media conference at EU headquarters in Brussels. When U.S. President Joe Biden took office early this year, Western allies were falling over themselves to welcome and praise him and hail a new era in trans-Atlantic cooperation. The collapse of Kabul certainly put a stop to that. Even some of his biggest fans are now churning out criticism. (Johanna Geron, Pool Photo via AP, File)