The value of German-Hungarian trade exceeded a record €50 billion last year, according to Hungary’s foreign and trade minister 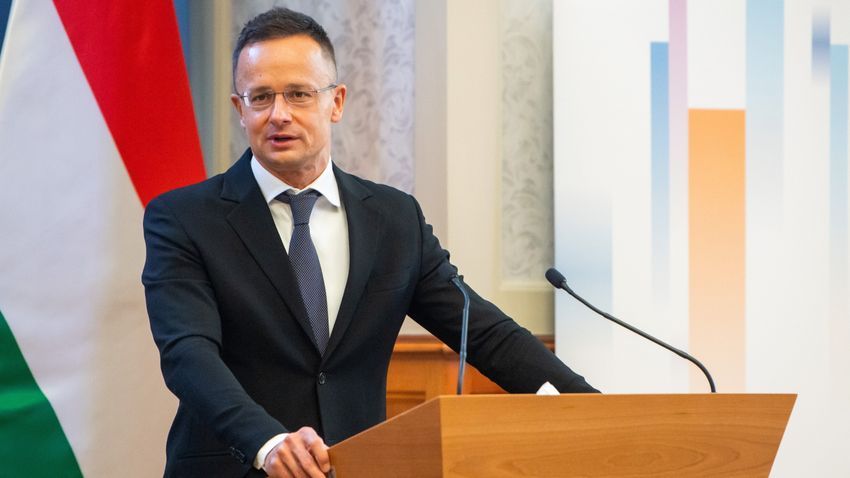 Hungary will continue its successful economic ties with Germany regardless of the political composition of the new German government, Minister of Foreign Affairs and Trade Péter Szijjártó said on Thursday at a meeting of the German-Hungarian Chamber of Industry and Commerce (DUIHK).

Szijjártó added that “the pandemic had marked the beginning of a new world economic era, confirming years of work of the Hungarian government to make the economy more recession-proof.

“If the Hungarian economy had faced these many challenges in 2008–2009, it would have collapsed under their weight,” he said.

Szijjártó emphasized that the success was based on the introduction of a flat tax, the reduction of the burden on companies, the important role of investment and the fact that Hungary was able to open its economy about two months before the European average at the time of the pandemic. Vaccination against the virus and investment had been the effective response to the economic crisis.

The Hungarian foreign minister pointed out that under the investment incentive scheme that has existed since 2014 in its current form, 158 German companies have so far received Hungarian state support, as a result of which they invested €7.3 billion into the country, creating more than 30,000 jobs.

Since the beginning of the pandemic, 101 German companies have invested €451 million into Hungary. The state contributed €146 million to this, Szijjártó pointed out, helping to preserve 59,000 jobs.

“The pandemic could not shake the cooperation between German companies and Hungary,” he said.

“Europe is not going through its best time now, we are being tested by serious crises,” Szijjártó added, stating that Hungary has always been on the losing side of any East-West conflict and wanted to avoid a recurrence of the Cold War. He reiterated that the importance of calm and pragmatic, civilized cooperation.