The vast majority of the migrants declared themselves to be Syrian 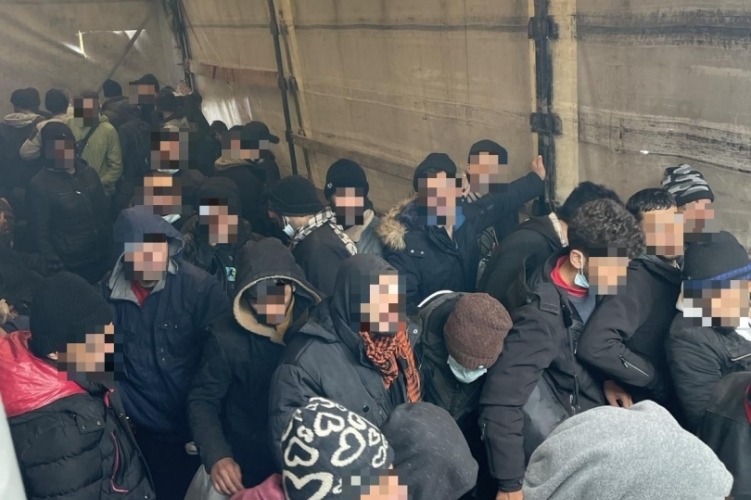 Group of migrants found in a lorry in Dunaföldvár, Central Hungary. (police.hu)

On Wednesday, Hungarian police detained a semi truck registered in Romania with 97 illegal migrants aboard, the National Police reported on its homepage.

Police detained the truck in Dunaföldvár in central Hungary based on information provided by organized crime unit located in Szeged in southern Hungary. In atypical fashion for Hungary, the action was conducted by the Presidential Guard, which administratively belongs to the Intervention police. There was no explanation as to why this unit was used.

Of the 97 migrants found in the truck — the majority younger men — 94 declared themselves to be Syrian, two Afghan and one Palestinian, though none of them had identification papers.

The driver of the truck was a 22-year-old man from Moldavia, who is being charged with people smuggling. If found guilty, he could face up to 15 years in prison. The migrants were transported back to their entry point into Hungary on the Romanian border.

A few hours later, in a separate action, police in Újmohács, southern Hungary, near the Serbian border, found a group of 24 migrants who entered the country on foot, all of whom declared themselves to be Afghans.

Hungary has seen a strong uptick in illegal migration. In September of this year, authorities announced that 80,000 illegal migrants had already been prevented from entering Hungary during 2021.