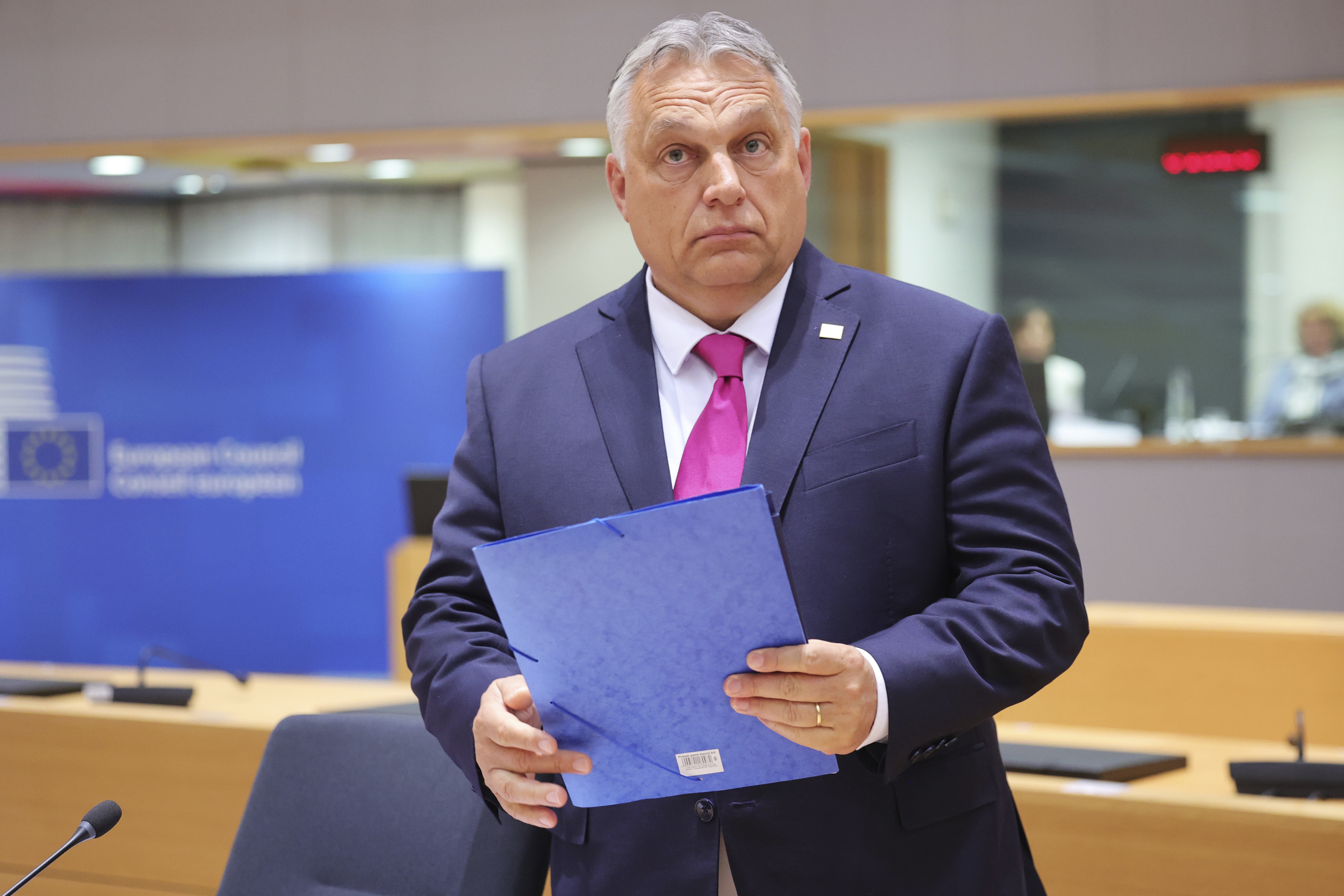 Hungarian Prime Minister Viktor Orban arrives for the an extraordinary meeting of EU leaders to discuss Ukraine, energy and food security in Brussels, Monday, May 30, 2022. European Union leaders will gather Monday in a fresh show of solidarity with Ukraine but divisions over whether to target Russian oil in a new series of sanctions are exposing the limits of how far the bloc can go to help the war-torn country. (AP Photo/Olivier Matthys)

The combination of Hungary’s exemption from the EU’s oil import ban from Russia, and the recently imposed Hungarian windfall tax on the energy sector could net the Hungary treasury as much as $600 million a year in extra tax revenues, an analysis by Eurointelligence shows.

According to the analysis, this “hidden profit” of roughly $600 million a year is “not a bad money spinner for an economy this size.”

According to the analysis of Eurointelligence, Hungarian Prime Minister Viktor Orbán was in no mood to join the EU ban on Russian oil imports and successfully wielding a veto threat to secure a carve out for his country. While some of his critics on the left derided his decision, other critics like Dutch Prime Minister Mark Rutte said that Hungary was “right” to demand an exemption.

“It is true that [Orbán] very much pleaded for an exemption temporarily for Hungary, but also for the Czechs and Slovaks. But at the same time, they have this issue where we always acknowledged that there was a problem with the fact [that] they are very much dependent on Russian oil,” Rutte told Politico last week.

During a time of high inflation, Hungary has managed to secure the lowest utility prices for its citizens in the EU, with Orbán arguing that Hungarian households should not bear the brunt of sanctions. The sanctions exemption has been seen as an economic and diplomatic win for Orbán

“For Orbán, keeping pipeline imports but embargoing everything else is the best of both worlds,” the Eurointelligence analysis said. “His government can benefit from both higher oil prices and continued shipments of Russian crude by pocketing some of the proceeds, at the expense of everyone else in the EU. What reason could he have to back down on this?”.

Hungary, Slovakia and the Czech Republic secured indefinite exemption from the EU’s ban on Russian oil, but Hungary was the most vocal of all three countries against the ban. After a month-long tug of war, EU leaders have agreed on an oil embargo that will reduce Russian oil imports by 90 percent by the end of the year.