It makes no difference which party does the actual conversion to rubles, economist Imre Boros claims 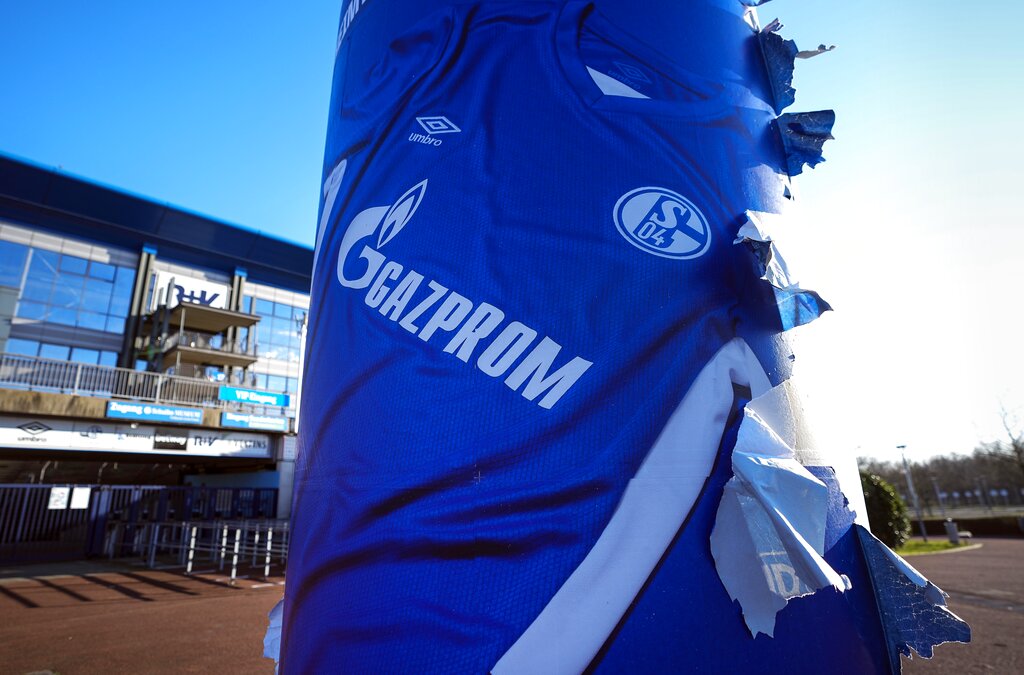 A tattered advertising for a Schalke shirt with the main sponsor Gazprom logo is seen outside the Schalke Arena in Gelsenkirchen, Germany, Monday, Feb. 28, 2022. German traditional soccer club FC Schalke 04 decided to end its longstanding partnership with Russian state-owned energy giant Gazprom ahead of schedule because of Russia's war in Ukraine. (AP Photo/Martin Meissner)

Hungary’s payments for Russian gas are fully legal and in fact it makes no difference who converts the money from euros to rubles, economist Imre Boros has claimed.

Speaking to the Hungarian daily Magyar Hírlap, Boros explained that the Russians could bill in rubles or, alternatively, ask for an amount equivalent to a specific ruble-dollar or ruble-euro exchange rate for the energy source.

“Gas supply contracts have so-called priority points, which cannot be derogated from, and premature termination of non-payment or delivery is considered to be in breach of contract. However, no document covers the method of payment, and thus its currency,” the economist told the newspaper.

Hungary has been accused by some of propping up the Russian economy ever since Hungarian Prime Minister Viktor Orbán said Hungary could pay in rubles for Russian gas imports if needed.

Boros also pointed out that the Austrian chancellor’s visit to Moscow did not provoke any significant media coverage, but if the Hungarian prime minister had done the same, it would not have been well received by the press.

As for Hungary’s method of payment, Minister of Foreign Affairs and Trade Péter Szijjártó clarified earlier this week that the contractual relationship between MVM’s subsidiary, CEEnergy and Gazprom, Gazpromexport, and the technical negotiations of recent days allow payment without violating Brussels sanctions.

Hungary pays in euros. This works by the state creating two accounts with Gazprombank, one euro account and one ruble account. The Hungarian government actually pays the bank in euros, and the financial institution converts the euro into rubles, which it forwards to Gazpromexport.