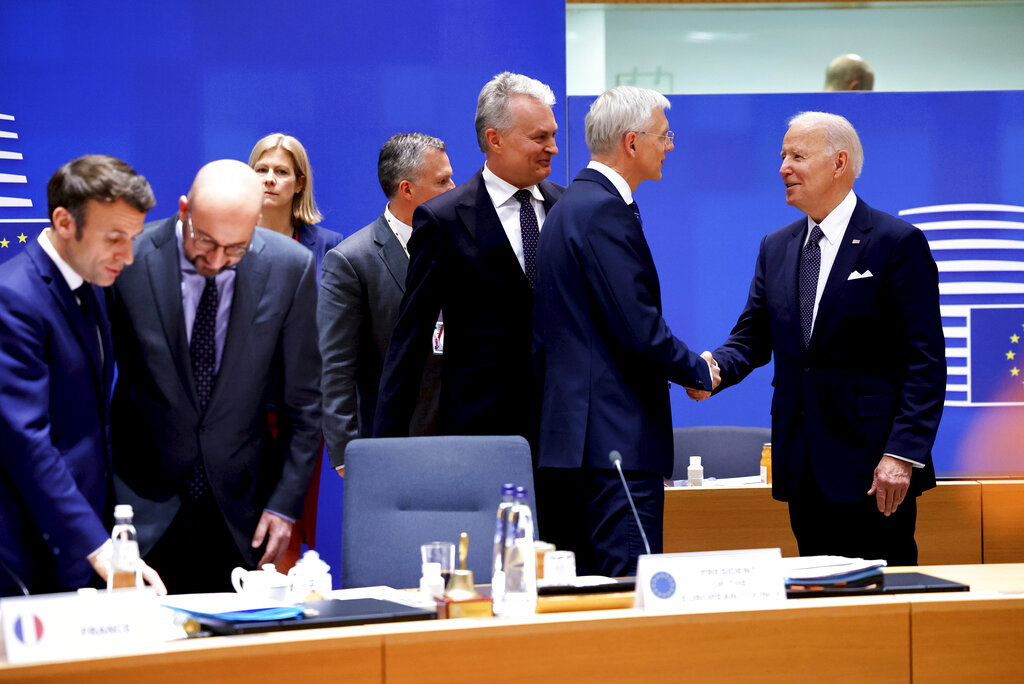 U.S. President Joe Biden, right, shakes hands with Latvian Prime Minister Krisjanis Karins during a round table meeting at an EU summit in Brussels, Thursday, March 24, 2022. As the war in Ukraine grinds into a second month, President Joe Biden and Western allies are gathering to chart a path to ramp up pressure on Russian President Vladimir Putin while tending to the economic and security fallout that's spreading across Europe and the world. (AP Photo/Olivier Matthys)

Following an EU-NATO summit in Brussels, Hungarian Prime Minister Viktor Orbán is celebrating the fact that countries agreed there will be no no-fly zone and increased NATO defense forces added to Central Europe nations such as Hungary.

“We have succeeded in enforcing the Hungarian national interests,” Orbán said in a video message after the summit.

“Hungary will not send troops or weapons to Ukraine, nor will weapons pass through Ukraine,” he stressed.

Orbán added that this was made possible by NATO’s common position, according to which member states agreed that the most important common goal was that the war did not cross Ukraine’s borders. Accordingly, the idea of ​​a no-fly zone was also rejected.

“An airspace blockade over Ukraine would have been the same as an air war, but that will not happen, and that is good news for Hungary,” he explained.

“NATO has also decided to strengthen Poland, Slovakia, Hungary and Romania,” he said. He said NATO troops, including Italians, Croats, Turks and Americans, would be deployed to these countries for defense purposes.”

“Together with the Hungarian Armed Forces, these troops will guarantee the peace and security of Hungary and the Hungarian people,” said the prime minister.

Earlier, Minister of Foreign Affairs and Trade Péter Szijjártó also summarized that Hungary was successful in asserting its national interests at the NATO summit. 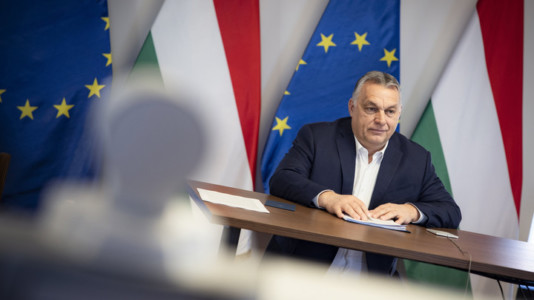 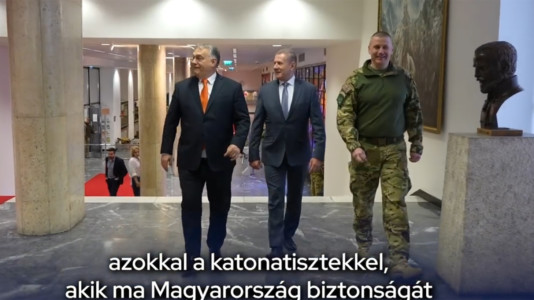 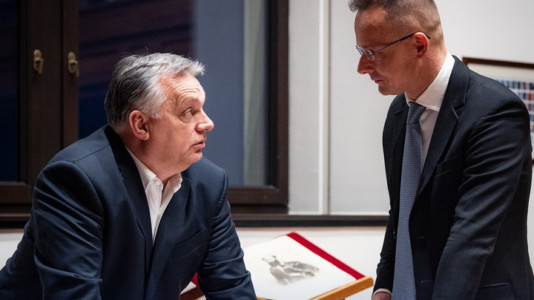