Hungary will not accept any sanctions against Russia that threaten energy supplies, the foreign minister reminded the chamber 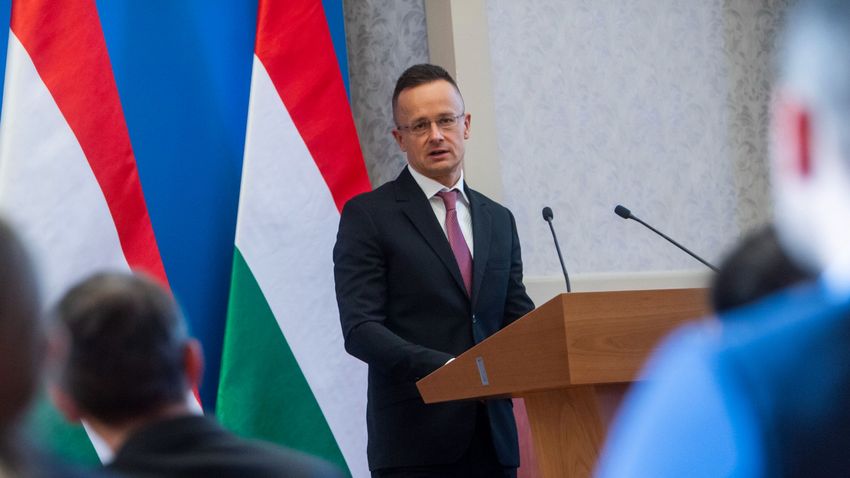 Hungarian Foreign Minister Péter Szijjártó has defended his country’s reaction to the ongoing conflict in neighboring Ukraine, insisting it should not be the Hungarian people who pay the price of war.

Speaking at a meeting of the United Nations Human Rights Council in Geneva, Szijjártó highlighted that Hungary had taken in a substantial number of refugees and will continue to provide humanitarian aid to those in need, but will continue refusing to provide military assistance to either side.

“The war [in Ukraine] must be ended as soon as possible, Hungarian people do not want this war,” Szijjártó told the chamber.

“We grouped significant forces of the Hungarian army on the border so that the war would not reach us. We do not send soldiers or weapons to war either, which guarantees the right of the Hungarian people to peace,” the Hungarian minister stated, informing the council that his country fully understands why other nations have chosen to send weapons, but insisted that Hungary “does not want to let weapons pass through us either.”

Szijjártó reiterated the Hungarian position that sanctions against Russia should not undermine Europe’s energy supply.

“An important aspect of security is energy supply. The Hungarian government does not support any decision that endangers the energy supply in Hungary.

In an update on the humanitarian response from Hungary, the government minister assured the council that Hungary was welcoming all refugees from Ukraine, but warned that as “the war is getting worse, we expect a bigger wave of refugees.”

Those who stay in Hungary are provided with employment where possible, and employers receive subsidies for taking on Ukrainian refugees, Szijjártó revealed.

Poland has received the most refugees from Ukraine, processing 2.1 million to date, according to UNHCR data. Hungary has taken in the fourth-highest number of refugees at 325,000.