If the war in Ukraine does not end in May, African food shortages could trigger a massive immigration wave, Italian League party leader Matteo Salvini has warned.

Without the Ukrainian grain, “significant hunger is expected on the African continent, which will be a humanitarian, then a social, and finally an Italian problem. Without peace there will be famine in the autumn and 20 million Africans will be ready to go,” Salvini said.

He added that this is why peace must be achieved by May, which is “essential for Ukraine, Russia and Italy as well.”

At the briefing, Salvini announced that he had asked for a consultation with Prime Minister Mario Draghi, who returned from Washington on Thursday from a meeting with U.S. President Joe Biden, according to Hungarian media outlet Magyar Hirlap.

Salvini explained that ceasefire as soon as possible is a top priority for the League, for which the party is urging European unity.

“If 80 billion euros are spent on weapons in Europe, it will be difficult to achieve peace, the more weapons there are, the more distant peace will get,” he said.

The leader of the League, which is part of Italy’s ruling parties, said it had asked Draghi to be the flag bearer of those urging peace.

“There are those in Europe who are in favor of war, but Italy, France and Germany must act for peace,” Salvini said. He noted that polling show that the majority of Italians also want peace.

Draghi reassured the U.S. president that Rome would send another, third arms shipment to Ukraine since the start of the war and strengthen NATO with additional troops in member states neighboring Ukraine.

According to the daily Corriere della Sera, the shipment to Kiev includes high-tech equipment as well as heavy weapons. For the latter, another ruling party, the Five Star Movement (M5S), called for a parliamentary vote, but Draghi ruled out voting.

The prime minister will address parliament on May 19, responding to the parties ’concerns. 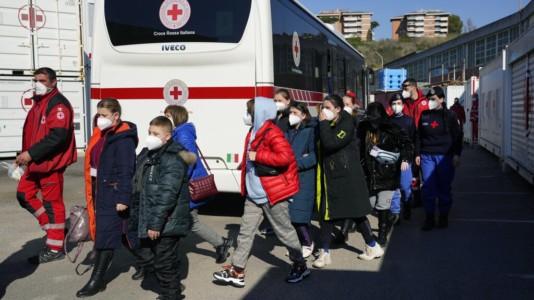