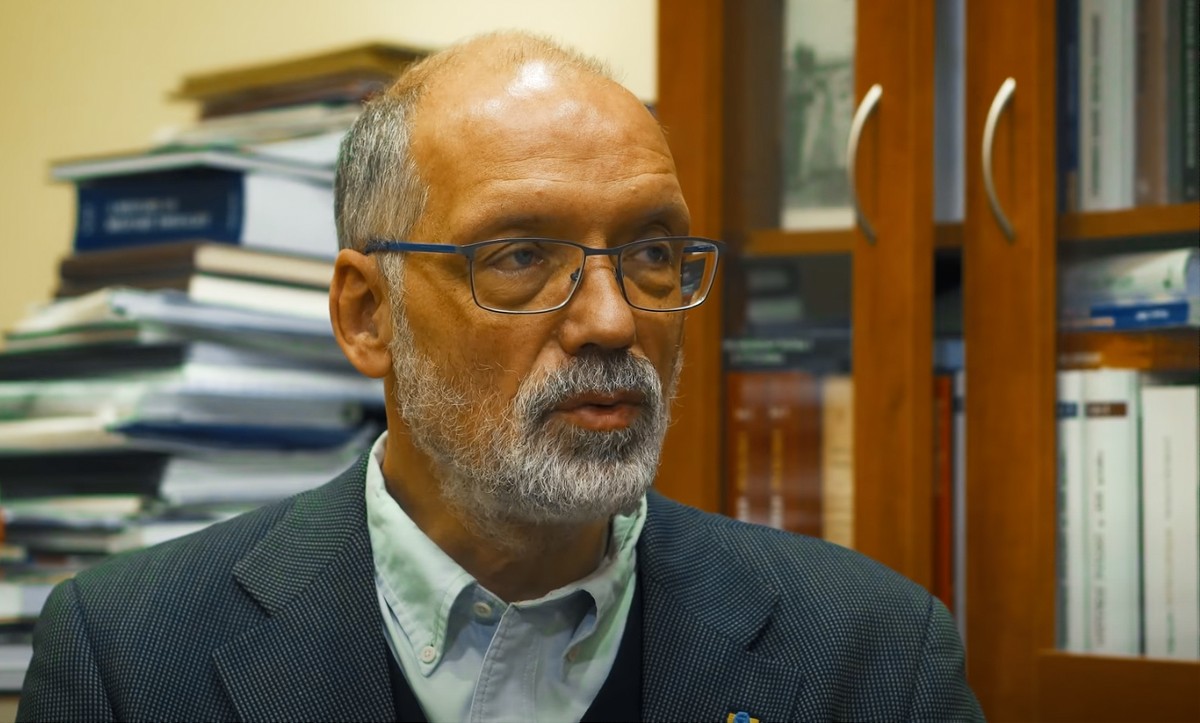 In an interview for “Sieci” weekly, professor Andrzej Nowak of Jagiellonian University in Kraków commented on Joe Biden’s capitulation in Europe and the rapprochement between Germany and Russia, which some fear could be a repeat of the 1938 Munich Conference.

The professor referred to the words of Civic Platform (PO) Foreign Minister Radosław Sikorski, who several years ago compared Nord Stream 1 to the 1939 Ribbentrop-Molotov pact, describing it as a threat to Polish independence. He noted that Sikorski later cooperated with the countries participating in the pipeline’s construction.

“Thankfully war hasn’t broken out yet, although the ties between Berlin and Moscow are tightening and may tighten around Poland’s neck,” Nowak said.

He explained that the 1938 Munich Conference was a result of the cowardness and stupidity of the Western powers prior to the Second World War that led to the death of tens of millions. Such a scenario is highly unrealistic today, although blood is being spilled in Eastern Ukraine following Russia’s aggression against the country.

Nowak believes that a more likely scenario is the return to the 19th century Concert of Europe which was first established during the partitions of Poland at the end of the 18th century.

“This is not an analogy with the times of the Ribbentrop-Molotov pact, but with the period of the agreement between Otto von Bismarck and Alexander Gorchakov. Vladimir Putin likes to refer to this example in his interviews for German television, as a model of a perfectly organized Europe,” he said.

Biden and Kamala Harris want to strengthen Berlin as the center of a new Europe – a role model for ideological progress and to give the Visegrad triangle countries over to German control.

He referred to American media publication Newsweek and its interpretation of Joe Biden’s gesture towards Angela Merkel and Nord Stream 2: Biden and Kamala Harris want to strengthen Berlin as the center of a new Europe – a role model for ideological progress and to give the Visegrad triangle countries over to German control.

“Most of all, the US administration wants to carry out a cultural revolution in their own country, one similar to Mao’s in China half a century ago. Yet America is not communist China. There will be elections in the USA next year which will change the entire House of Representatives and a third of the Senate,” he stated.

“Will democracy allow for the correction of the ideological fervor of the current administration and the strategic errors stemming from it? That is unknown, but it is a likely scenario,” professor Nowak declared.

Nevertheless, he urged people to seek hope in the current situation and let themselves be guided by caution and calm.

He noted that a vision of a better Europe, a Poland which is not the EU’s whipping boy, and a vision of politics without maltreating Central-Eastern Europe is a better vision than fear of fanatical ideas from Brussels and Frans Timmermans’s pseudo-ecology about the planet’s destruction.