Local government officials and city mayor deputies have higher incomes than MPs, senators – even the president himself 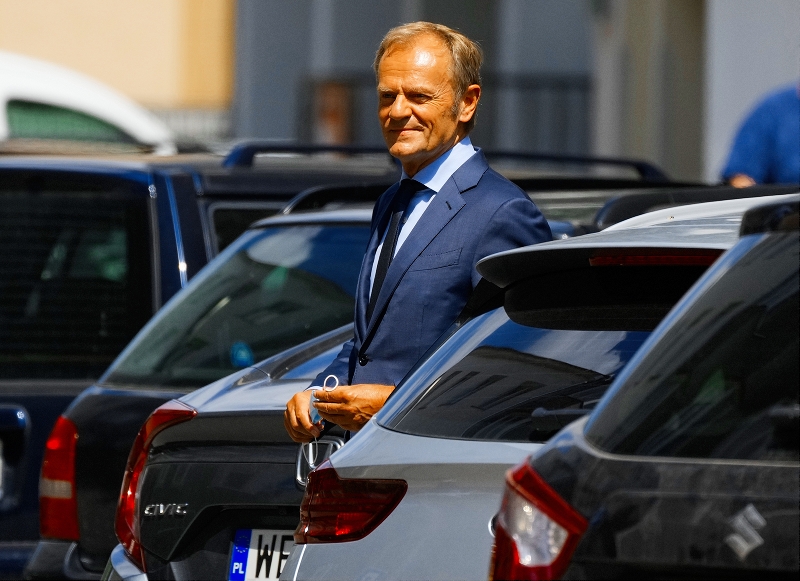 Former European Union head and Poland's ex-prime minister Donald Tusk arrives at the Senate for talks with political allies on the next steps by the opposition which Tusk has taken leadership of, vowing to fight the current right-wing government, in Warsaw, Poland, Tuesday, July 6, 2021.(AP Photo/Czarek Sokolowski)

The president’s ordinance concerning pay raises for Polish MPs, the prime minister, members of government and speakers of the Sejm and senate has been written into the Journal of Laws.

Civic Platform (PO) spokesman Jan Grabiec declared that his party will file a draft bill project meant to block the raises. The party’s leader Donald Tusk also commented on the matter on social media – he thanked PO’s leadership for their unanimous decision to block the new bill.

United Right MP Kamil Bortniczuk responded to Tusk’s entry on Twitter, criticizing the former Polish PM and pointing out his own incredibly high earnings as president of the European Council.

“It’s worth mentioning: Tusk earned EUR 30,700 per month in Brussels. Today, and as the head of the European People’s Party (and he himself probably isn’t exactly sure what his duties are there) he earns EUR 6,590 per month. He wants a Polish deputy minister to earn EUR 1,757, which most likely less than his secretary,” Bortniczuk wrote.

During his tenure in Brussels, Donald Tusk became a millionaire. Since he first became president of the European Council in 2014 and later the head of the EPP, Tusk has earned around EUR 2 million.

His base salary was initially EUR 23,000 per month but was raised to EUR 30,700 in January 2019. This is 17 times more than what Polish MPs currently earn. This sum also doesn’t include all of his allowances: representative costs (around EUR 16,700 per year) and housing amounted to over EUR 44,000 per year.

Until the end of 2021, the European Council will also pay Tusk so-called transitional allowances of EUR 12,700 per month.

All of this is just the beginning – Tusk will also be entitled to an incredibly high pension.

What’s more, dozens of people working in local governments and companies associated with local governments earn much more than ministers, the PM or even the president himself. In Gdańsk or Kraków, the income of these people reaches as high as EUR 6,500 to 8,700 per month.

The situation is similar in Warsaw, where the mayor’s deputies may boast of income up to five times of that of MPs and senators.

According to media reports, one of Warsaw’s deputy mayors, Michał Olszewski, earns more than EUR 70,000 per year. In addition to this powerful sum, he also gets additional income from being on the director’s board of a city-owned company.